To understand the full impact of the Coronavirus epidemic on Chinese cross-border real estate buying in overseas markets, it helps to first understand the situation for these buyers at home, and the original source market of the virus, China.

China property platform Juwai IQI is reporting that much of the country, people are working at home or taking an enforced holiday until they can return to their workplaces. Many workers who went away on holiday have elected to stay away longer, and most property transactions in these impacted Chinese markets have come to a full stop.

Shanghai's government has reported one-fifth of the city's technology and information workers are not yet back on the job. Of those who have restarted, almost two out of three or -- 70 per cent -- are working from home. The total is probably similar in Beijing and Tier 1 cities from which many Chinese cross-border buyers hail.

Mainland Chinese cannot currently travel to many countries. Out of fear of exposure, citizens of China and other countries have begun limiting their travel and public activities. In several real estate markets, we already see negative impacts.

These include a reduction in the in-person presence of Chinese buyers at auctions, a similar decrease at inspections, and the stalling between contract signing and final settlement of some transactions involving Chinese buyers.

Juwai IQI Executive Chairman Georg Chmiel tells The World Property Journal, "Chinese invest nearly $120 billion in international real estate. That's the estimate for 2017, the most recent year for which we have data.

"In several real estate markets, we already see negative impacts from the epidemic. Many people have stopped traveling and are limiting their public activities. As a result, in real estate markets around the world where Chinese buyers are usually active, we see a reduction in the in-person presence of Chinese buyers at auctions, a similar decrease at inspections and open houses, and the stalling between contract signing and final settlement of some transactions involving Chinese buyers. 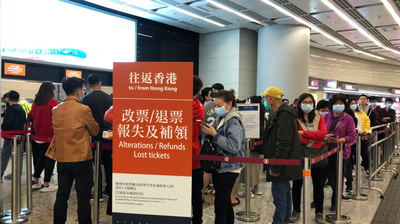 "The world is still uncertain when humanity will bring the Coronavirus under control. When that happens, the pent-up activity may result in an unusually large number of transactions over one or two quarters, as buyers complete delayed transactions.

"Until now, healthcare and medical systems have been a top-five priority for Chinese cross-border real estate buyers. Healthcare has been especially important for retirees. That is one reason Thailand is so popular with Chinese retirees.

"After the epidemic, we expect healthcare to be even more important to buyers. Countries like Thailand, the US, the UK, Canada, and Australia, which have good healthcare systems, nizagara pills and highly ranked abilities to react to viral outbreaks, are likely to benefit from an increase in buyer activity.

"Surprisingly, some countries that are very popular with Chinese buyers and are generally considered to have good healthcare systems rank relatively low for health security. Health security, as defined in the Global Health Security 2019 report, is the capacity to prevent, detect and rapidly respond to public health emergencies such as a viral outbreak. The report was issued by the Nuclear Threat Initiative, Johns Hopkins Center for Health Security and The Economist Intelligence Unit.

"Japan ranks only 21st in the world for health security. Malaysia ranks 18th. Greece ranks only 37th. The UAE ranks only 56th. All of these are popular countries for Chinese buyers", concludes Chmiel.