According to the Council on Tall Buildings and Urban Habitat's newly released annual report -- CTBUH Year in Review: Tall Trends of 2019 -- 126 buildings of 200 meters' height or greater were completed in 2019, including 26 "supertall" buildings of at least 300 meters' height, a new world record.
The total number of supertall buildings worldwide is now 170. In 2013, there were 76 buildings 300 meters or higher worldwide; in 2000, only 26. The 530-meter Tianjin CTF Finance Centre in Tianjin, China was the tallest building completed in 2019.

"This is the fifth year in a row that a building over 500 meters has been completed, which is a remarkable accomplishment for the building industry - it was only 15 years ago that such buildings didn't exist," said CTBUH Chief Executive Officer Antony Wood. 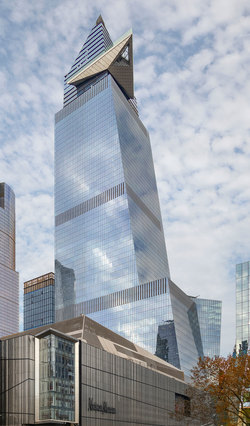 Overall, the number of completed buildings of at least 200 meters in 2019 declined by 13.7 percent (there were 146 in 2018). This is the first year in which the overall completion figure declined since the 2010 to 2011 gap, which was attributed to the lag effect of project cancellations due to the 2008 recession. Due to the long lead times inherent to skyscraper construction, many of the projects completing in 2019 were conceived and initiated five or more years ago, and thus reflect the development circumstances of a half-decade prior.

However, 2019 proved to be a significant year for some areas that did not already have an abundance of tall buildings, and in some cases, had never been on the 200-meter-plus list before. The African continent and the nation of Algeria alike got a new tallest building: the Great Mosque of Algiers (265 meters). And on the opposite end of Africa, The Leonardo (227 meters) in Johannesburg, South Africa, became that nation's new tallest building, and the second-tallest building on the continent. Europe also gained a new tallest building, after a long gestation period (including a change of site) - the Lakhta Center (462 meters) in St. Petersburg. And Brazil completed the Infinity Coast Tower (235 meters), which is the country's first building to exceed 200 meters, despite being a nation of many tall buildings.

Looking into 2020, CTBUH currently projects a similar range for the expected number of completions for 200-meter-plus buildings: between 115 and 145. Of these, between 17 and 30 are expected to be supertalls (300 meters and higher).