Location, Flexibility and Quality Shapes How People Live, Work and Shop in Asia

According to CBRE's latest Asia Pacific Live-Work-Shop Report, while the adoption of hybrid work continues to have a major influence on where consumers are choosing to work and live, more people in Asia Pacific are actually planning to move closer to city centers.

How They Want to Live

Almost half of Gen X and late millennials (aged 33 or less) plan to move their home in the next two years, compared to only 21% for baby boomers, indicating that new housing demand will be primarily driven by younger generations. All generations displayed a higher preference for city centers.

"Areas close to a city center remain most sought after among those planning to move, especially for younger generations. Locations close to business districts can meet demand for easy access to offices, and leisure activity locations," said Dr. Henry Chin, Global Head of Investor Thought Leadership & Head of Research, Asia Pacific for CBRE.

While hybrid working has been more widely adopted across Asia Pacific, 85% of respondents spend at least three days per week working at the office. Commuting time is a major factor when deciding whether to go into the office, with around 70% wanting to reach their offices within 30 minutes.

Nearly 70% of office-based workers said they place more importance on the quality of their workplace environment, with 'health and wellness', 'location', 'space design' and 'technology' named as the most important factors drawing people to the office.

Employees working in city centers are generally more satisfied with their office (75%), particularly regarding transportation and amenities, than those working in other business districts and suburbs (55%).

"Although employees want to spend more time working remotely, office-based working will remain the norm in Asia Pacific. Office-based workers feel they are productive and better connected with colleagues when they are in the office. At the same time, office-based employees frequently lack a suitable home environment or technology support for effective remote working," said Dr. Chin.

"Employee preferences for offices in core locations, particularly those well-served by public transport and with car parking spaces, will exert a strong influence over occupiers' building selection in the future. Investors are advised to retain a strong focus on purchasing prime offices in CBDs, while seeking-out opportunities on micro-markets that are highly accessible," he added. 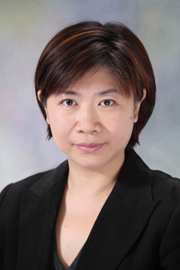 Physical stores play an important role in facilitating online spending, with 61% of Asia Pacific consumers preferring to see a product in-store, then ordering online. Despite many retailers promoting click-and-collect, 40% of respondents still prefer their orders to be delivered to their home. Nearly half of Asia Pacific consumers (45%) prefer to return online orders in-store.

"While online shopping offers convenience and increasingly rapid delivery times, many Asia Pacific consumers believe that in-store shopping offers a superior experience. Retailers should consider how their physical stores can be more efficient and support non-traditional uses that are becoming popular among shoppers, such as in-store returns, click-and-collect and 'showrooming'-- trying on an item in person before buying online," said Ada Choi, Head of Occupier Research, Asia Pacific for CBRE.