International property consultant JLL's latest Property Market Monitor is reporting this week that Hong Kong's Central's Grade A office rents fell 2.7% to HKD 102.4 per sq. ft in May 2020 as the vacancy rate reached 5% for the first time since the Global Financial Crisis in 2008.

Alex Barnes, Head of Markets at JLL in Hong Kong said, "Rising vacancy continued to exert pressure on rents, but the decline was milder than in previous months. Central's Grade A office rents dropped by 2.7% m-o-m in May after it fell 4.5% m-o-m in April,"

"As uncertainties persisted and landlords became more willing to lower their rental expectations, tenants tended to renew their leases in order to save on capital expenditure," he added. 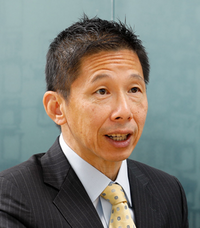 Nelson Wong, Head of Research at JLL in Greater China also commented, "In the overall Grade A office market, it recorded a negative net take-up of 196,500 sq. ft in May due to the slowing leasing demand. In Central, the market recorded a negative absorption 115,600 sq. ft, the highest monthly net withdrawal in more than one year."

New lettings were mostly concentrated in premises outside of Central. Two finance firms have leased a total of 18,900 sq. ft at Lee Garden Three in Causeway Bay as they sought for more cost effective options outside the traditional business districts.