According to CBRE, multi-story warehouses - a warehouse that has more than one floor - is gaining traction in high density markets across Asia.

The main benefit CBRE reports is the notable increase of usable floor space per square foot of land. Higher utilization rates are important in land-constrained cities such as Hong Kong, Singapore, South Korea and Tokyo; consequently, they are more common in Asia than other regions where there is more land availability. In line with the ongoing interest in logistics assets, CBRE also sees an emerging opportunity for investors in multi-story warehouses.

Dr. Henry Chin, Head of Research of CBRE Asia Pacific tells World Property Journal, "The rapid expansion of e-commerce in Asia Pacific, and worldwide, presents opportunities for industrial and logistics operators. The structural change in consumption, where consumers are increasingly buying goods online, is a game-changer for the industry, driving new demand for city logistics and fueling high demand for industrial sites to be closer to population centers. Typically, large scale logistics centers are located far from the city center because of land availability, however, as competition heats up online, traditional and e-commerce retailers are vying for faster delivery of goods to consumers. Warehousing and distribution space located closer to the consumption area can provide better operational efficiency in this day and age where consumers are increasingly demanding better service."

"Since average retail rents in the region are much higher than prime logistics space, retailers can benefit from using industrial land by replacing retail space with logistics space, resulting to significant cost savings. With this substantial price variance and the rise in online shopping habits, CBRE expects demand for city logistics centers to increase. These logistics sites should be developed into multi-story warehouses to make the most efficient use of expensive land located close to densely populated areas", concluded Chin. 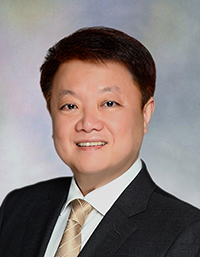 Dennis Yeo, Managing Director, Advisory & Transactions Services - Industrial & Logistics of CBRE Asia also commented, "The development of multi-story warehouses will continue in cities where land costs are expensive and land space is constraint, such as in Hong Kong, Singapore, South Korea and Tokyo. Elsewhere, fundamental demand drivers for multi-story warehouses are increasing in emerging markets such as China and India."

Yeo further stated, "In India, e-commerce is booming with online sales expected to more than double from 2015 to 2020, aided by favorable policy changes such as the Goods and Services Tax (GST) reform which is expected to bring in large scale take-up of distribution centers and drive efficiency in the domestic logistics market. With intense e-commerce competition, many retailers will be vying for growing sales; the development of multi-story warehouses will be of value to serve the large Indian population centers with quicker delivery times."

"Given the large market demand in China, the logistics sector continues to be a hotspot for investors. Since land has typically been large and plentiful in China, multi-story warehouses only average two stories, however, logistics land supply is becoming more limited as local governments are restricting land supply for logistics development due to the lack of tax revenues generated from such projects. As such, to make better use of existing land reserves, the demand for higher-story logistics facilities in tier-one cities may increase in the near future", concluded Yeo.