Although this is a decrease on volumes compared to previous quarters, this was expected given the strong performance in the market last year and a decrease in larger-sized transactions. There were only 2 deals in Q1 2019 that were greater than €50 million ($56m).

The largest transaction in Q1, 2019 was the off-market sale of an €145 million ($164m) office block. The second largest was the sale of a 25% stake in The Pavilions Shopping Centre, which was sold by IPUT for €71 million ($80m) and was purchased by ILIM. The third largest deal was the purchase of North Quarter in Ballymun, a proposed student accommodation scheme. It was sold by Lidl Ireland and was purchased by AIG for €46 million ($52m).

In terms of general market trends, Dublin remains the dominant location for investment activity, accounting for 96% of total volumes (24 deals). There was limited activity in the regions this quarter, with only €23.5 million ($26.5m) of investment activity outside of the capital across 7 deals. The largest deal outside of Dublin was the sale of an office block at Cork Airport Business Park. It sold for €7.5m ($8.5m) and was purchased by Yew Grove REIT as part of a receivership sale.

47% of volumes this quarter were for offices; this is followed by retail and then residential.

Investor demand in Q1 was varied with a number of investor types active, both overseas and domestic. Overseas investors include Hana Financial, AIG, and Patrizia, and active domestic investors this quarter include: ILIM, and IRES REIT. 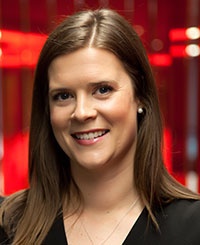 Hannah Dwyer, Director and Head of Research said, "It is positive to see a steady start to the year for the investment market. Whilst volumes are down from last quarter and the same period last year, this was expected given the particularly strong level of activity we saw last year. The decrease in volumes was also driven by a limited number of larger scale transactions, with only 2 deals greater than €50 million ($56m) in Q1 2019 compared to 7 in Q4 2018 and 4 in Q1 2018. It is these deals that drive large investment volumes in any one-quarter. Looking ahead we expect total investment volumes for the year-end to achieve €2 - €2.5 billion ($2.25 - $2.77 billion). Whilst this is a decrease in activity from 2018 and 2017, it is a return to what we would consider more 'normal' levels, and indeed coincides with longer-term averages for the Dublin market, and other global markets of Dublin's size. This forecast comes on the assumption that global economic markets remain steady, and that the large assets that are currently on the market trade at the levels we expect them to."

Pipeline for 2019 looks steady with a number of assets either currently on the market or due to come onto the market in the next 6 months. This includes the following large assets:


Max Reilly, Senior Director said that, "Q1 levels are encouraging and the pipeline for Q2 remains positive particularly with the depth of overseas demand."