According to Daft.ie latest Residential Rental Report, the average listed rent rose by 1.2% between June and September 2020.
The jump offsets a fall of 1.4% in the second quarter, following the outbreak of Covid-19 and means that the average monthly rent nationwide in the third quarter of 2020 was €1,419, up 1.2% on the same period in 2019 and 91% higher than its lowest point in late 2011.

There was a noticeable difference in trends in Dublin and elsewhere in the country. In Dublin, rents were largely stable between June and September, rising just 0.2%, and are 0.8% below the same period in 2019. Outside Dublin, rents rose by 2.9% in the third quarter and are now 3.3% higher than a year ago. The largest increases in rents have been in the main cities (excluding Dublin) and in the rest of Leinster. Rents in Cork, Galway and Waterford cities are roughly 5% higher than a year ago, while rents in Limerick are 3.4% up year-on-year. In Leinster (outside Dublin), rents vary from 4% higher in Wexford to 7% in Carlow. Rents are also higher than a year previously in Munster (up 2.8%) but are 1.5% lower in Connacht-Ulster.

The number of properties available to buy on the market nationwide was almost 4,200 on November 1st, down 17% on the same date a year ago. As with prices, there is a difference between Dublin and the rest of the country. In Dublin, the stock available to rent is almost twice the level seen a year ago (2,700 vs. 1,400) while outside Dublin, rental stock is down one third and, at just 1,435 on November 1, was at its lowest level ever in a series that dates back 15 years to the start of 2006.

Commenting on the report, its author Ronan Lyons, economist at Trinity College Dublin said, "The figures in this latest Rental Report highlight the importance of supply in bringing about more affordable rents. In Dublin, supply has increased this year, largely due to the impact of Covid-19, and rents are down slightly. Elsewhere in the country, rental shortages continue to worsen and rents continue to rise to all-time highs. Even in Dublin, availability remains below 2006-2007 levels, a time of rental shortages, and at roughly one third the level of availability seen a decade ago. This underscores the importance of significant amounts of additional new rental supply - and not just in Dublin - in solving an issue that was central in the minds of voters earlier this year." 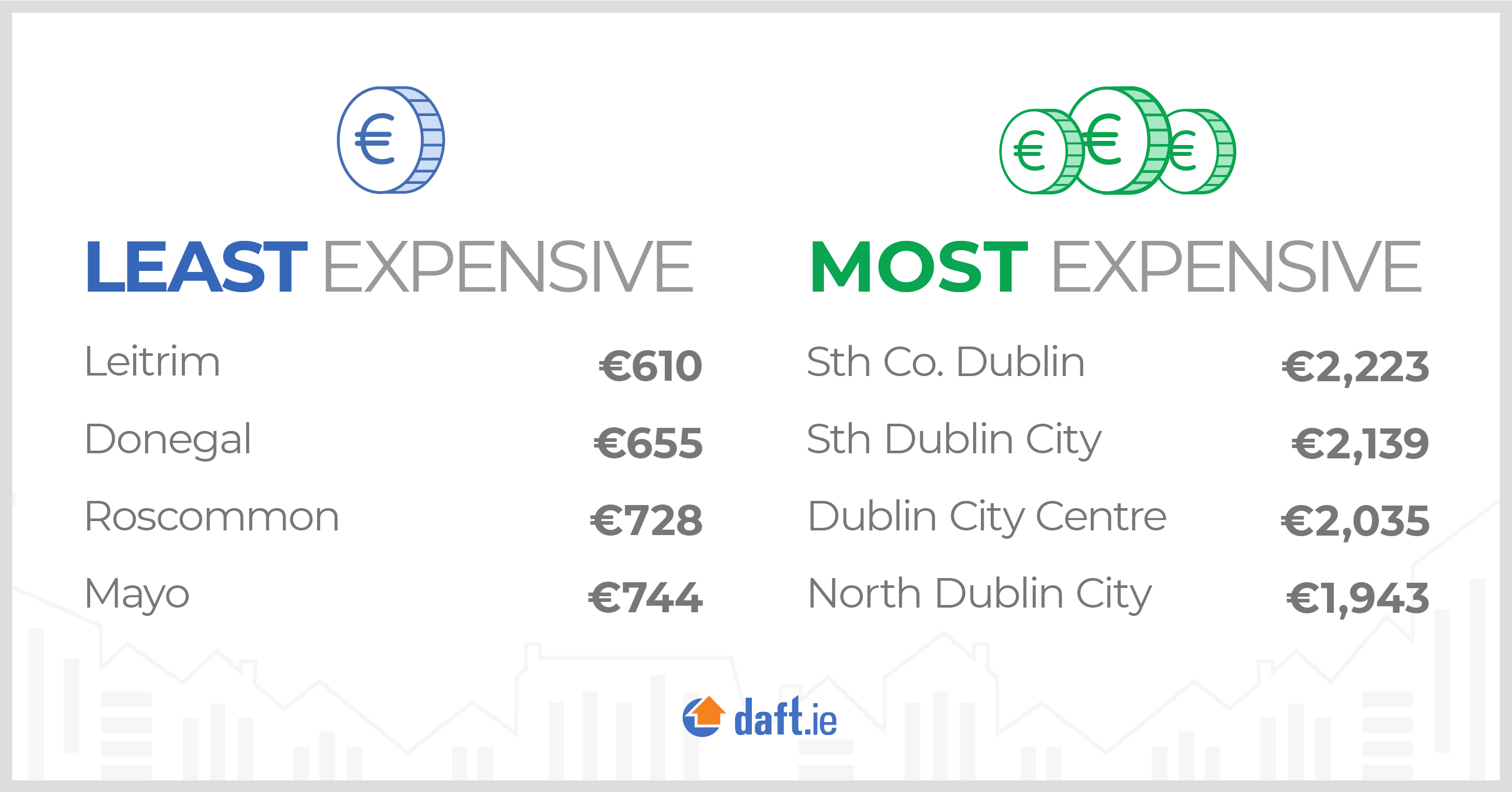