Fewer than 11,500 homes were listed for sale on December 1st, the lowest total recorded since July 2006, when online advertising was still emerging. This represents a fall of one quarter, year-on-year. The total number of ads of properties for sale in the year to December 1st was just over 54,000, the highest 12-month total since early 2020. While supply has improved, it remains well below pre-pandemic levels - with almost 70,000 homes listed for sale during 2019.

Commenting on the report, its author Ronan Lyons, economist at Trinity College Dublin, said: "Inflation in listed prices continues to cool from its mid-year peak. Nonetheless, at nearly 8% for the year, it remains stubbornly high. This reflects a combination of unusually strong demand and on-going weak supply. Demand for homes to buy, which had been strong anyway from the mid-2010s, has received an unexpected boost during the covid19 pandemic, with prospective buyers able to tap into 'accidental' savings, as expenditure fell during the lockdowns. Meanwhile, both new and second-hand supply remain weaker than expected before the pandemic. While the pandemic has changed some particulars, the general health of the housing market is largely unchanged - it is one characterized by weak supply in the face of strong demand. For that reason, additional supply - not just of homes for sale but also of market and social rental housing - remains key to solving Ireland's chronic housing shortage." 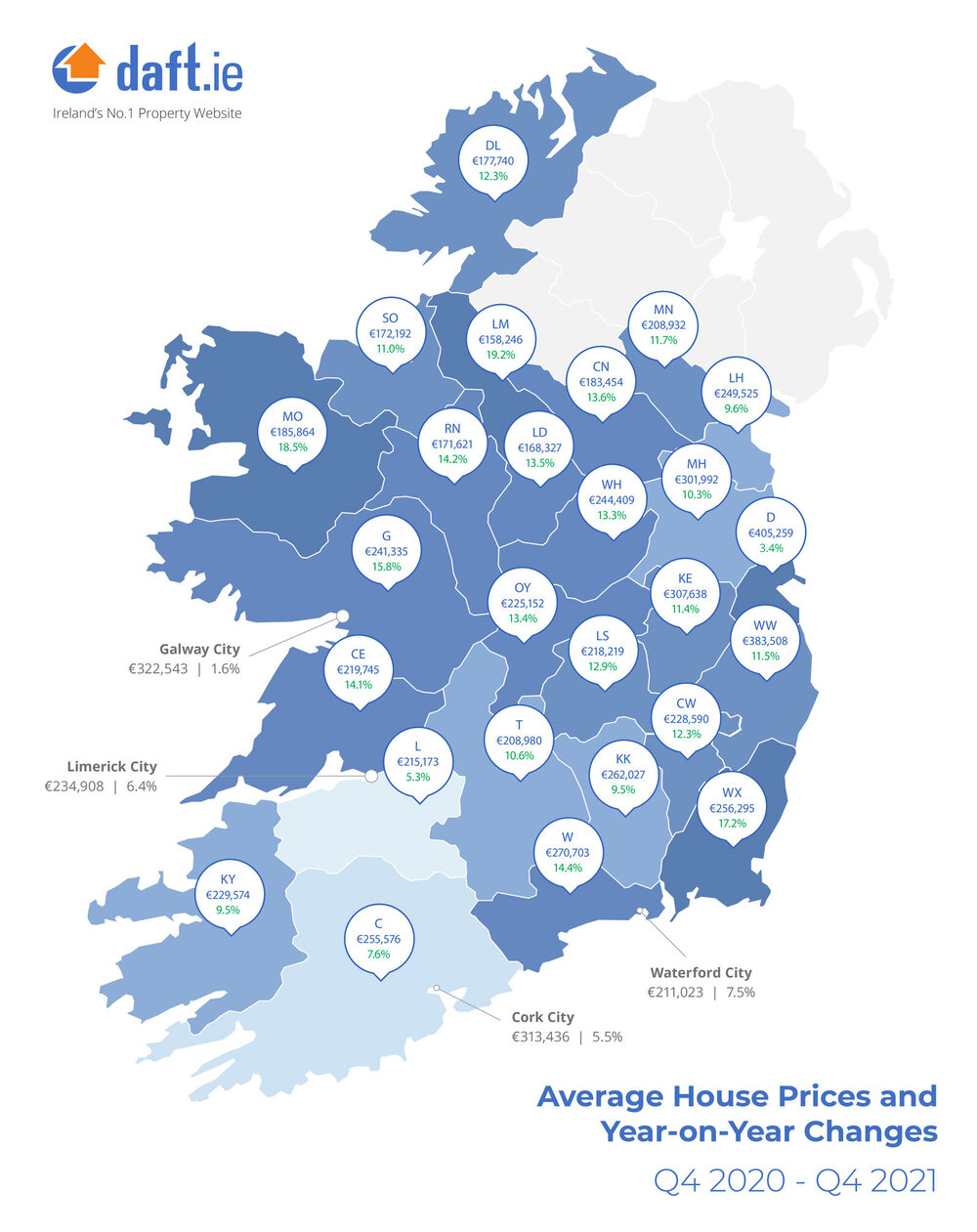