According to property site Daftie, Ireland home prices are now 13% higher than a year ago. Yet, there continues to be a split between trends in Dublin and trends elsewhere.

In Dublin, prices rose by 8.4% in the year to June 2021, the fastest rate of inflation since early 2018, but price increases outside the capital have been roughly twice as large. In Cork, Limerick and Waterford cities, listed prices were between 14.3% and 15.5% higher in the second quarter of 2021 than a year previously, while in Galway city, prices rose 12.6% in the same period. Outside the main cities, prices rose by an average of 16.5% year-on-year, with Wexford and Waterford county seeing the largest increases, at just over 21%.

The average price nationwide in the second quarter of 2021 was €284,313 3% higher than in the first quarter, meaning prices have risen for four consecutive quarters for the first time since 2014. The annual rate of inflation is at its highest since early 2015.

The total number of properties available to buy on June 1st was just above 12,300, up slightly from 11,900 recorded in March but one of the lowest figures recorded since the rise of advertising properties for sale online. Despite an uptick in listings, the total availability of homes for sale nationwide on June 1st was one third lower than the same date a year earlier and just half the amount for sale in June 2019. The stock available for sale in Dublin has fallen by less than the national average, while stock for sale in Leinster (outside the capital) is down by nearly one half.

Commenting on the report, Ronan Lyons, economist at Trinity College Dublin said, "Very weak supply continues to plague Ireland's housing market. Unlike much of the last decade, when urban centres drove house price inflation, the Covid-19 housing market has seen the opposite trend. Inflation is less severe in Dublin than elsewhere and, outside Dublin, less severe in the other cities than the rest of the country.

"While the volume of second-hand homes listed for sale has improved somewhat in the second quarter compared to the first three months of the year, it remains very weak compared to the pre-pandemic housing market. An easing of lockdown restrictions in the second half of 2021 will help bring second-hand homes back on to the market. But it highlights once again just how important supply is in determining housing prices, given strong demand. It also serves as a reminder to policymakers that, when the pandemic subsides, construction of new homes at a far greater scale than in recent years is needed to ensure housing becomes more affordable." 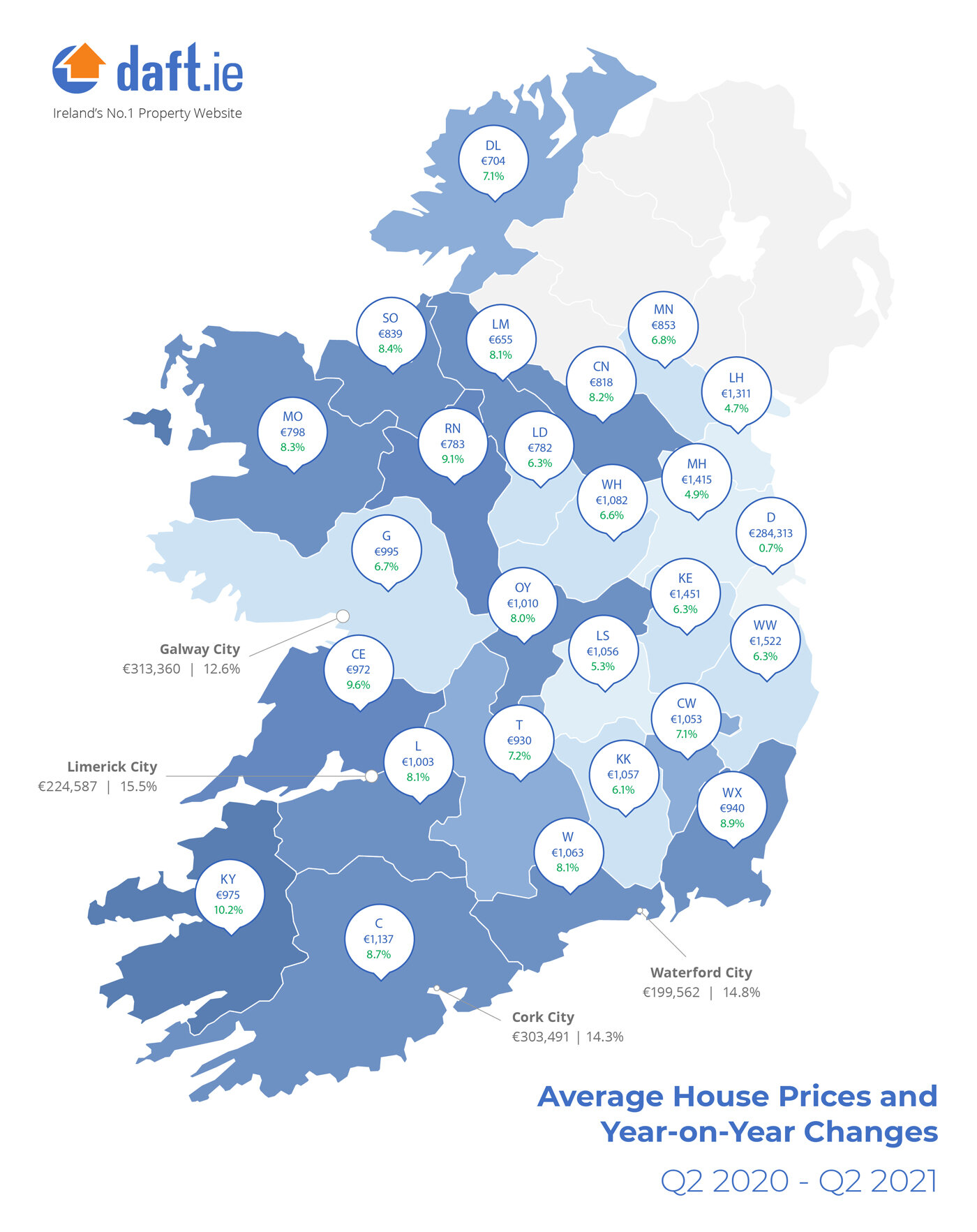