Yet Ireland home prices remain stable in the third quarter

According to Irish property portal Daft.ie, Ireland housing prices were largely stable between June and September 2022.

The average listed price nationwide in the third quarter of 2022 was €311,514, up 0.1% on the average for the second quarter of the year and 16% below the Celtic Tiger peak. Due to increases in recent quarters, year-on-year inflation remains high at 7.7%, although this is down from 9.2% three months ago.

Compared to three months ago, prices were stable in Dublin but rose slightly in the other cities. Cork city prices rose by 0.2% and Limerick prices by 0.3%, while Galway prices rose by 0.5% and Waterford prices by 0.6% between the second and third quarters. Outside the cities, prices rose in Leinster (by 1.1%) while they fell in both Munster (-0.7%) and Connacht-Ulster (-0.5%). Despite the quarterly falls in many locations, year-on-year inflation remains positive in each city and county in Ireland - ranging from 5.4% in Meath to 16.8% in Donegal.

The number of homes available to buy on September 1st stood at nearly 15,500, up 22% on the same date last year and the highest total nationally in almost two years. The increase in availability on the market is driven by Dublin (where it is up 30% year-on-year) and the rest of Leinster (up 40%), although stock on the market is also higher than a year ago in Munster (up 8%) and Connacht-Ulster (up 15%).

Commenting on the report, its author Ronan Lyons, economist at Trinity College Dublin, said: "Improved stock on the market over the course of 2022 has helped reduce inflationary pressures in the sales market. This is most notably the case in Dublin, where the total number of listings coming on to the market in the year to August was effectively in line with the pre-covid number. This has helped improve the stock on the market at any one point in time, the key predictor of future price changes.

Elsewhere, while the number of listings and availability has improved, they remain in some markets well below the ten-year average. While weaker demand - due to inflation in other living expenses and to increases in interest rates - may help stabilize prices, the true solution to the high level of housing prices remains significantly increased supply, over years and indeed decades to come." 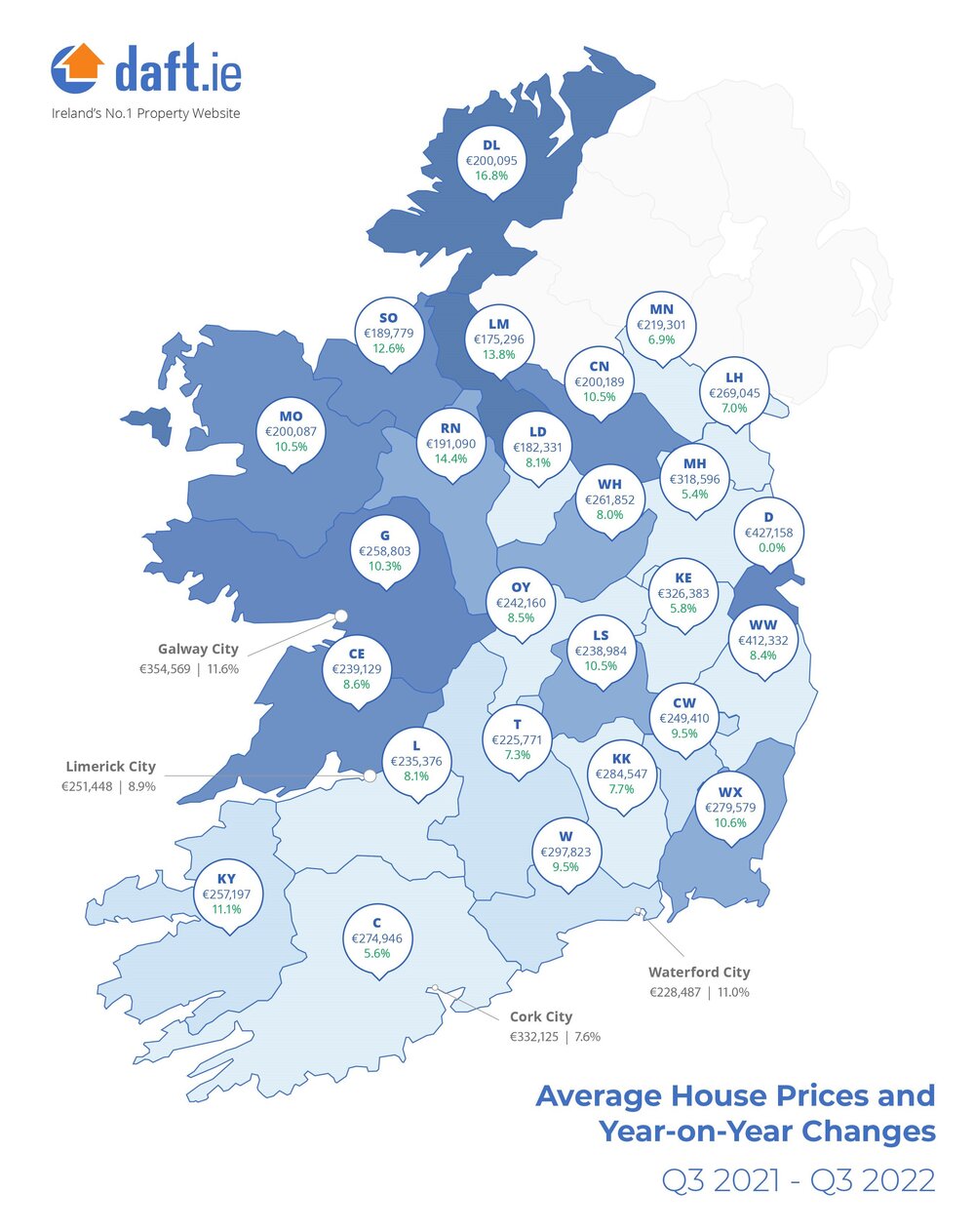