According to property site Daft.ie, the average listed price of housing in Ireland rose by 4.8% between June and September 2020.

Listed prices rose in all 54 markets contained in the Daft.ie Report between June and September, although there were significant differences around the country. The largest increases in urban areas, with prices in Waterford city rising 11%, Galway city 10% and Cork and Limerick 9% in just three months. By comparison, prices in Dublin rose by an average of 2.2%. Outside the cities, the average increase between June and September was 5.8% - with larger increases in Leinster (7.3%) and smaller increases in Connacht-Ulster (3.5%).

The number of properties available to buy on the market nationwide was just under 17,700 on October 1st, down almost one third year-on-year and the lowest figure in over 14 years. While stock on the market had improved between April 2018 and August 2019, the market has now seen 14 successive months of falling stock - with relatively similar falls in all major regions of the country.

Commenting on this data, Ronan Lyons, chief economist at Trinity College Dublin says, "The jump in listed sale prices seen in the third quarter of 2020 is not entirely unexpected. Indeed, it brings the Irish housing market into line with many other housing markets in high-income countries, where Covid-19 has not disrupted the long-term upward trend in housing prices. In Ireland's case, the collapse in listings in April and May has translated into a fall in stock on the market - with fewer than 50,000 homes advertised for sale in the year to September, the lowest total since the start of 2015.

"This highlights the underlying issue affecting the Irish housing system - a prolonged and worsening scarcity. The significant fall in completion of new homes to be registered in 2020 may prove a temporary blip. Nonetheless, the level of new home construction even in 2019 was barely half of underlying need. While the public health emergency clearly dominates policymaker attention currently, longer-term challenges should not be forgotten. Chief amongst these is the lack of housing - especially for smaller households, in or close to Ireland's largest cities and towns." 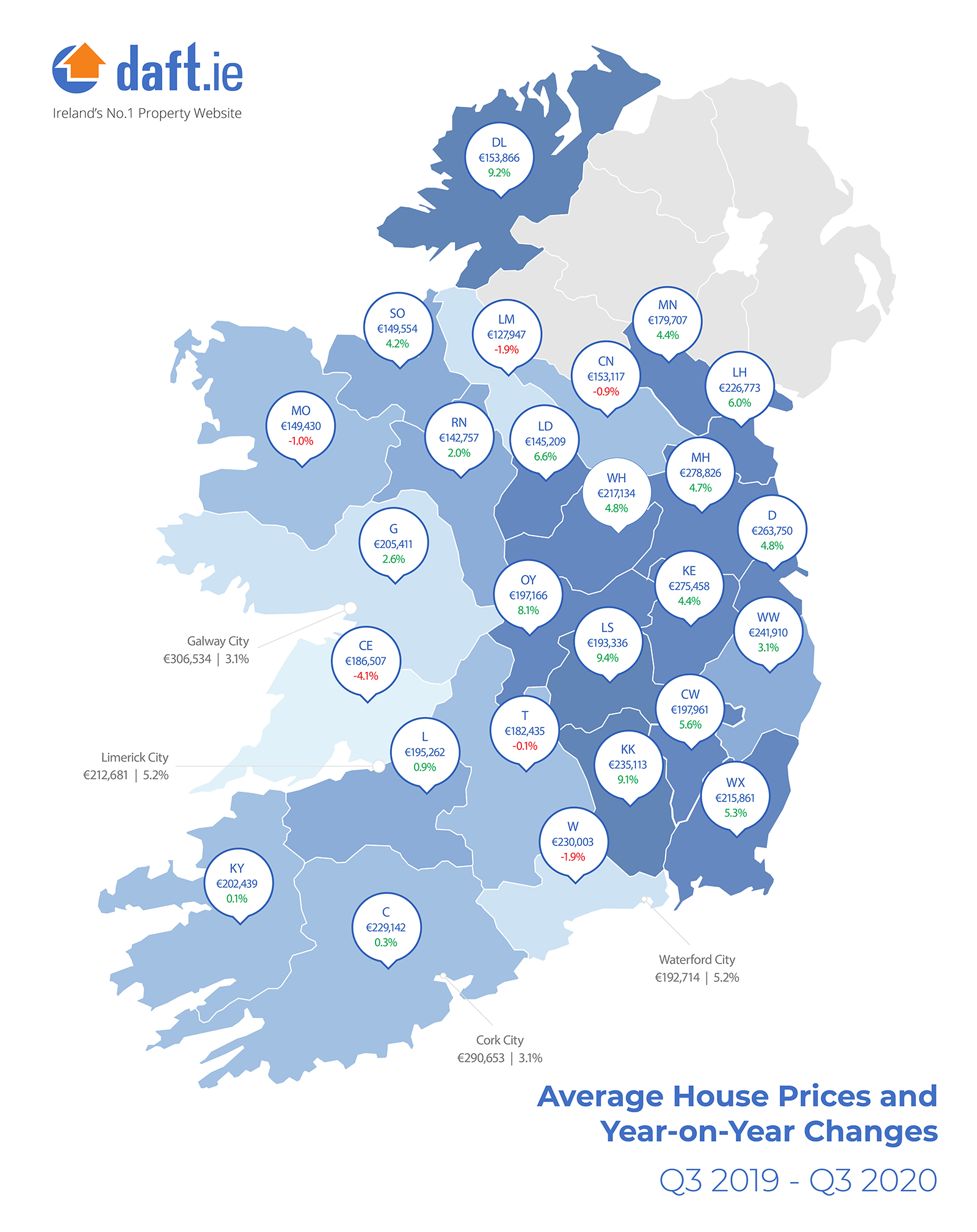