There continues to be significant differences in trends across regions. In Dublin, rents rose for the second consecutive quarter, by 1.4% between March and June, but are just 0.5% above the level seen a year ago. The other cities, however, have seen much larger increases in rents: in Cork, Galway and Limerick cities, rents are between 9% and 10% higher than a year ago, while in Waterford, they are nearly 12% higher. Outside the cities, rents rose by 8.6% in Leinster, by 13.7% in Munster and by 14.7% in Connacht-Ulster.

Commenting on the report, Ronan Lyons, economist at Trinity College Dublin and author of the Daft Report, said: "As the impact of Covid-19 on daily life begins to recede, the underlying issues facing Ireland's rental sector are re-emerging. It is a sector facing unprecedented shortages, with extraordinarily tight supply: to give just two examples of many, there were just 15 homes available to rent in Waterford, city and county, on August 1st and only 8 in all of Offaly. Ireland's rental sector has undergone a lost decade and half, with almost no new rental homes built. This cannot be solved by trying to regulate prices. It can only be solved by adding significant amounts of new supply - and not only in Dublin. In that regard, policymakers - and citizens - should be wary of anything that limits the ability of foreign savers to build new rental homes here." 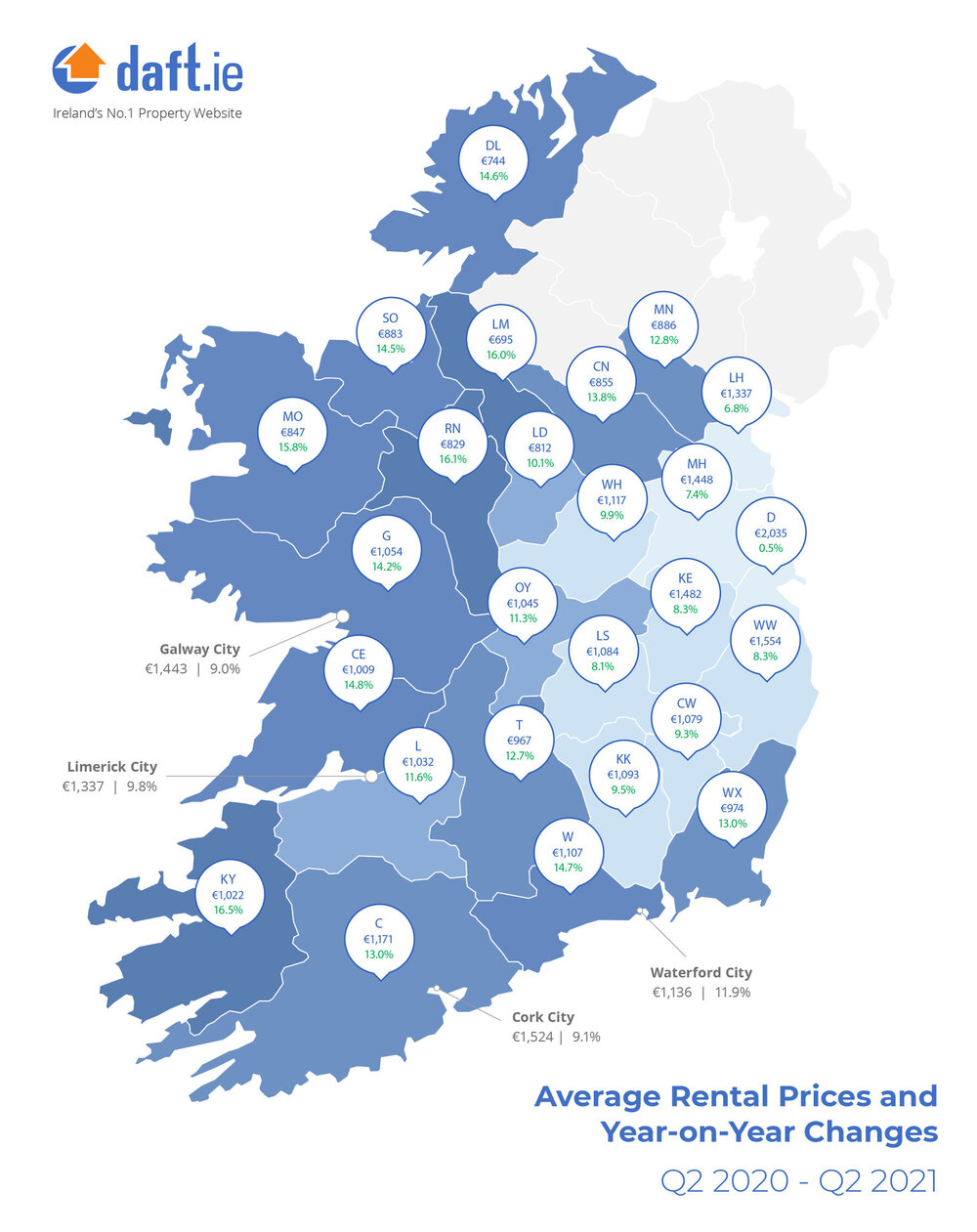