According to the latest quarterly rental report by Daft.ie, residential rents rose nationwide by an average of 3.2% in the third quarter of 2015, the largest three-month increase since early 2007. The increase in rents comes ahead of Government measures to limit increases in rents. The national average rent between July and September was €964, compared to €882 a year previously.

Supply on the market is at its tightest on record, with just over 4,000 properties available to rent nationwide on November 1st 2015. Figures for supply nationally are available from the start of 2006 and the previous low was in early 2007 (4,300). While supply has been very tight in Dublin since early 2013, other parts of the country are now seeing dramatic falls. There were  40% fewer homes to rent in Munster on November 1st 2015 than a year previously (650 homes, compared to 1,100).

Commenting on the report, Ronan Lyons, economist at TCD and author of the Daft Report, said: "The latest rental report suggests that the market reacted to talk of rental controls, with for example rents rising by 7% in Cork in three months and by 6% in Galway, by far the largest three-month increases seen in a series that extends back ten years. Ultimately, while controls on rent increases may help those at risk of becoming homeless, they do nothing to help those already homeless. The much more pressing issue that needs to be addressed is the lack of supply, which ultimately depends on the cost of construction." 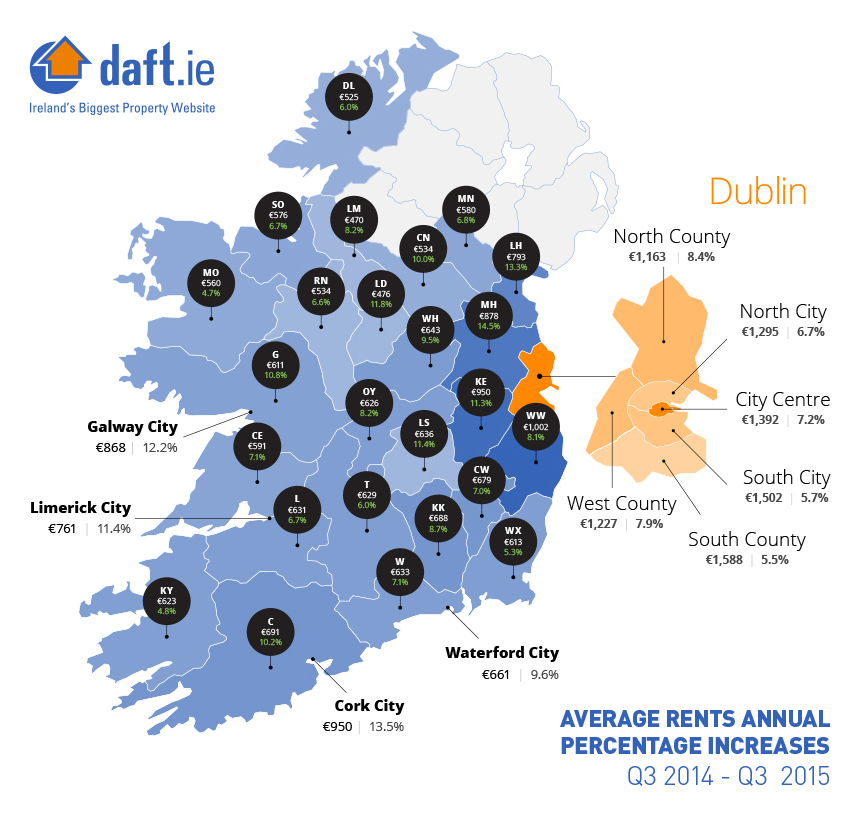