According to the latest annual Knight Frank Wealth Report, London has beaten New York as the most important global city for ultra-high net worth individuals (UHNWIs) in 2017.

New to the report this year, the City Wealth Index identifies the cities that matter to the ultra-wealthy by analyzing four critical measures of current wealth, investment, connectivity and future wealth. Using this methodology, London emerges just ahead of New York overall with top scores for both investment and connectivity; while New York leads on both current and future wealth.

From a European perspective London is the only European city in the top 10; and with the exception of Moscow and London, all European cities score lower for future than for current wealth.

Liam Bailey, Head of Global Research at Knight Frank comments, "The global economic powerhouses of London and New York dominate the rankings due to their well-established lead over other cities. However looking ahead, future wealth concentrations and investment firepower look set to be dominated by a tussle for supremacy between Asian and North American cities."

The third and fourth largest concentrations of wealth, Hong Kong and San Francisco, are likely to be eclipsed by the rising fortunes of Singapore, Shanghai and Beijing, which are all expected to see their wealthy populations grow rapidly over the next decade. 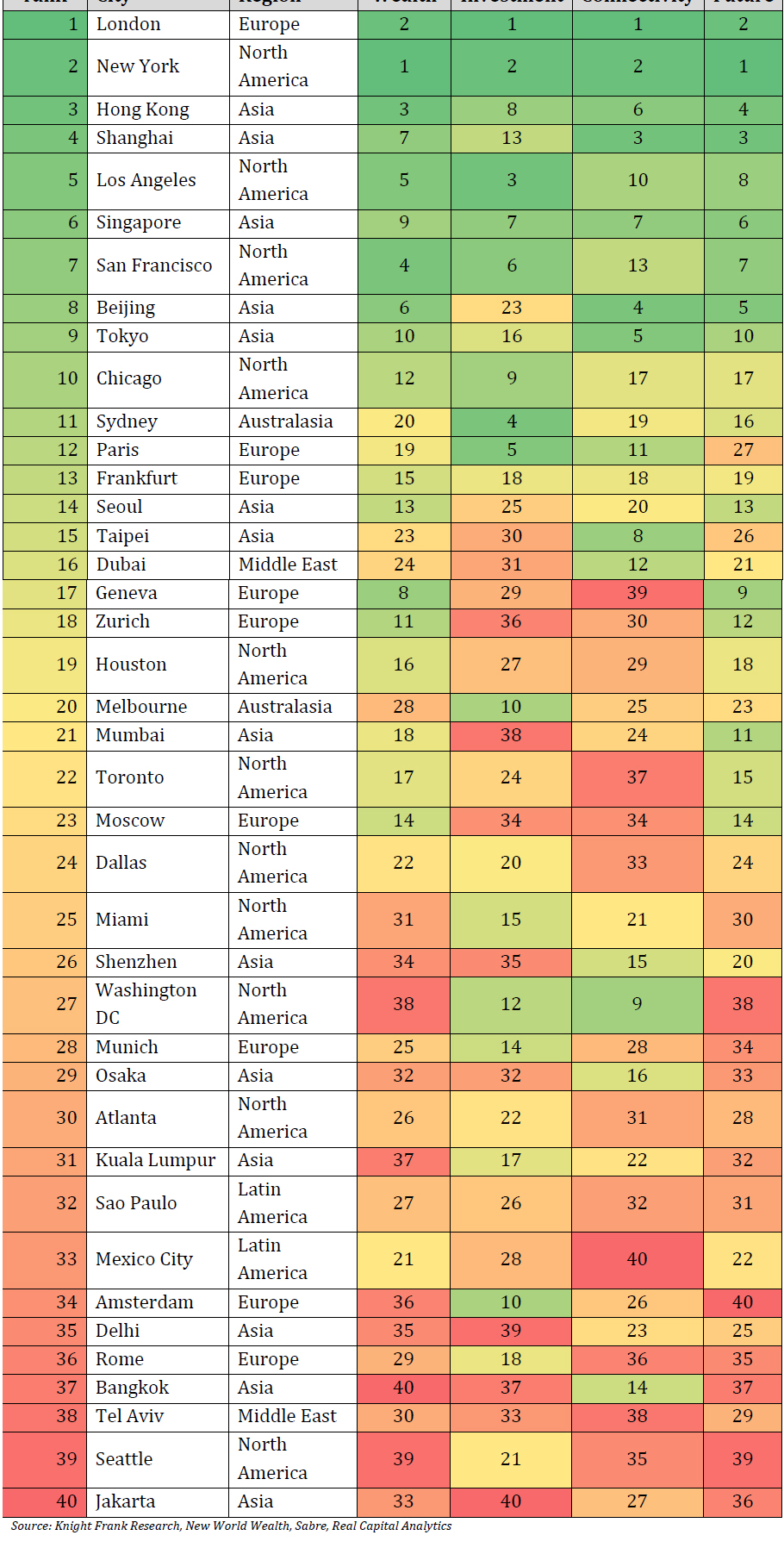