According to international real estate consultancy, Cluttons, Oman's continued investment in the development of infrastructure is aiding its transformation into a major logistics hub in the southern Gulf, and has been the main driver behind activity in the industrial property market during the first quarter of 2015. 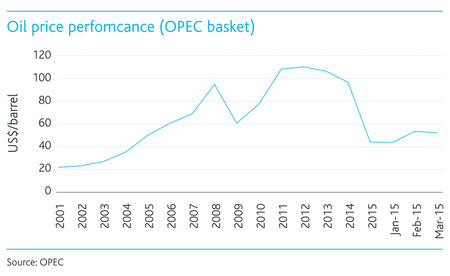 Cluttons' Spring 2015 Muscat Commercial Property Outlook Report singles out the warehouse sector as being a stand out performer in the commercial market, with improved infrastructure and connectivity driving demand from occupiers, and catalyzing the development of modern warehouse estates.

According to Philip Paul, head of Cluttons Oman, "We are recording an increase in warehouse developments coming to market to meet the current demand. In Rumais, which is located to the west of Muscat International Airport, First Logistic Services is developing warehousing units ranging in size from 500-1,000 sqm on an 81,000 sqm site. The first phase, comprising of 36 units is due to complete in May. The development is strategically positioned for occupants looking to service Muscat and interior markets in the wake of the closure of Port Sultan Qaboos.

"The developer is also offering "build to suit" opportunities within the second phase of the scheme in response to the success of the first phase, highlighting the depth of demand in the market."

The Cluttons report reveals that the country's various transport infrastructure project investments and upgrades are playing an important role in boosting connectivity across the country, which is subsequently improving Oman's attractiveness as a regional logistics and distribution centre.

International research and business development manager at Cluttons, Faisal Durrani said, "Due to Oman's high scores for market connectedness and compatibility, the Sultanate has maintained its ranking of 13th in Agility's Emerging Markets Logistics Index for 2014 and this is reflected in the requirements we are currently receiving from shipping and logistics firms. At Sohar Port City for instance, these firms remain the most active group. The growing importance of Sohar Port is mirrored in the number of containers and vehicles handled by the port, which rose by 61% and 99% respectively during 2014."

Sohar's connectivity is also expected to be further bolstered by the Muscat to Barka section of the Batinah Expressway, which is due to open in June this year, while progress on Oman's rail network is gathering pace, with the construction contract expected to be awarded in mid-2015, covering the 207km stretch between Sohar and Buraimi.

Cluttons' report indicates that in the office market, rents across the main submarkets remained unchanged last year and during Q1 2015, marking the fifth consecutive quarter of rental stagnation.

Durrani commented, "With the fall in oil prices, and hydrocarbon linked occupiers still forming the backbone of demand for office space, we are slowly starting to see this impact the rate of take up as global oil businesses assess their finances. We believe that take up activity may be subsequently impacted and is something we will be monitoring closely as the year progresses and the low oil price environment lingers." 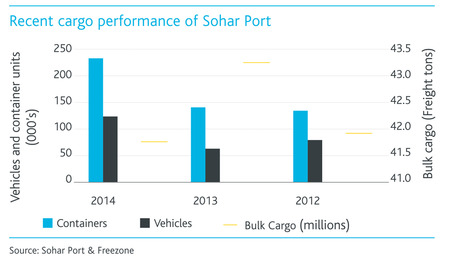 Paul added, "Grade A rents however are still holding in the OMR 7-10 psm range across Muscat and occupiers remain focussed on this higher quality space, which is relatively limited. At Beach One for instance, we continue to record a high level of interest in the building, which has achieved over 85% occupancy.

"With the government's infrastructure investment program progressing to schedule, for this year at least, a number of construction and engineering firms continue to expand operations and enquire about space. We are also seeing landlords who adapt their properties to suit the demand of these occupiers, benefit across Muscat."

The prolonged strong demand for Grade A space has translated into the development of schemes designed to tap into this, with several high quality office buildings now on the verge of completion. These include the new Omnivest Building (OMR 12 psm) in Shatti Al Qurm, the Panorama Building (OMR 9 psm) in central Muscat and the Public Authority for Social Insurance (PASI) Building (OMR 9.5 psm). All of these schemes are due to complete shortly and have already attracted inquiries from technology-media-telecoms (TMT), financial services, construction and engineering firms.

Much weaker commercial real estate investment volumes in the second quarter of 2020 reflect the impact of lockdown measures and border controls enacted to combat the COVID-19 crisis.

BREXIT Not a Barrier for Middle Eastern Property Investors in UK

A government-led delegation of UK investors and developers are set to visit the Middle East to strike deals with investors as they continue to plough their wealth into the UK post-Brexit. 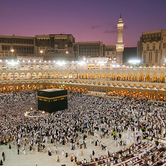 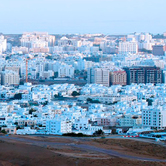 Build-to-Suit Commercial Development on the Rise in Oman

According to Cluttons, a rise in build-to-suit developments in Oman is predicted as occupiers seek a tailor made approach to commercial developments. 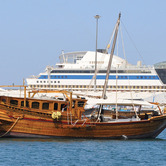 Oman's continued investment in the development of infrastructure is aiding its transformation into a major logistics hub in the southern Gulf.