Based on a new global home affordability study from British based building supplier Roofing Megastore, Saudi Arabia, with an average annual salary of just over $20,354.90, and a 100 square meter (sqm) home costing just $90,774.38, is the world's most affordable country to buy a home in 2021.

To develop the ranking, the research team at Roofing Megastore calculated the average cost of one square meter of real estate in 109 countries around the world - the cost was then multiplied by 100 to show how much a 100 sqm home would cost on average.

To provide a more accurate picture of affordability, average earnings (after tax) were also factored in to show the annual salary as a percentage of the cost of a 100sqm home. To illustrate the vast difference between the most and least affordable places, the study also reveals how many years it would take to buy a 100sqm home on an average annual salary.

The Top 50 Most Affordable Countries To Buy a Home In

When taking earning potential into account, one full year's wage in Saudi Arabia would in fact equate to more than 22% of the cost of an entire home, which means in less than five years, there'd be enough to buy a home outright if all of the salary was saved and not spent.

South Africa's wage to home-cost ratio comes in at 18%, which takes second place in the top 50 list, and the US, with annual average salaries equaling over 15% of the cost of a home, is the third most affordable place to buy a home in the world.

The United Arab Emirates is fractionally less affordable when it comes to property than Puerto Rico, and with an average home costing almost $239,530.00 and an annual salary bringing in almost $32,558.63, it rounds off the top five, in fifth position.

The World's Top 50 Most Affordable Places To Buy A Home 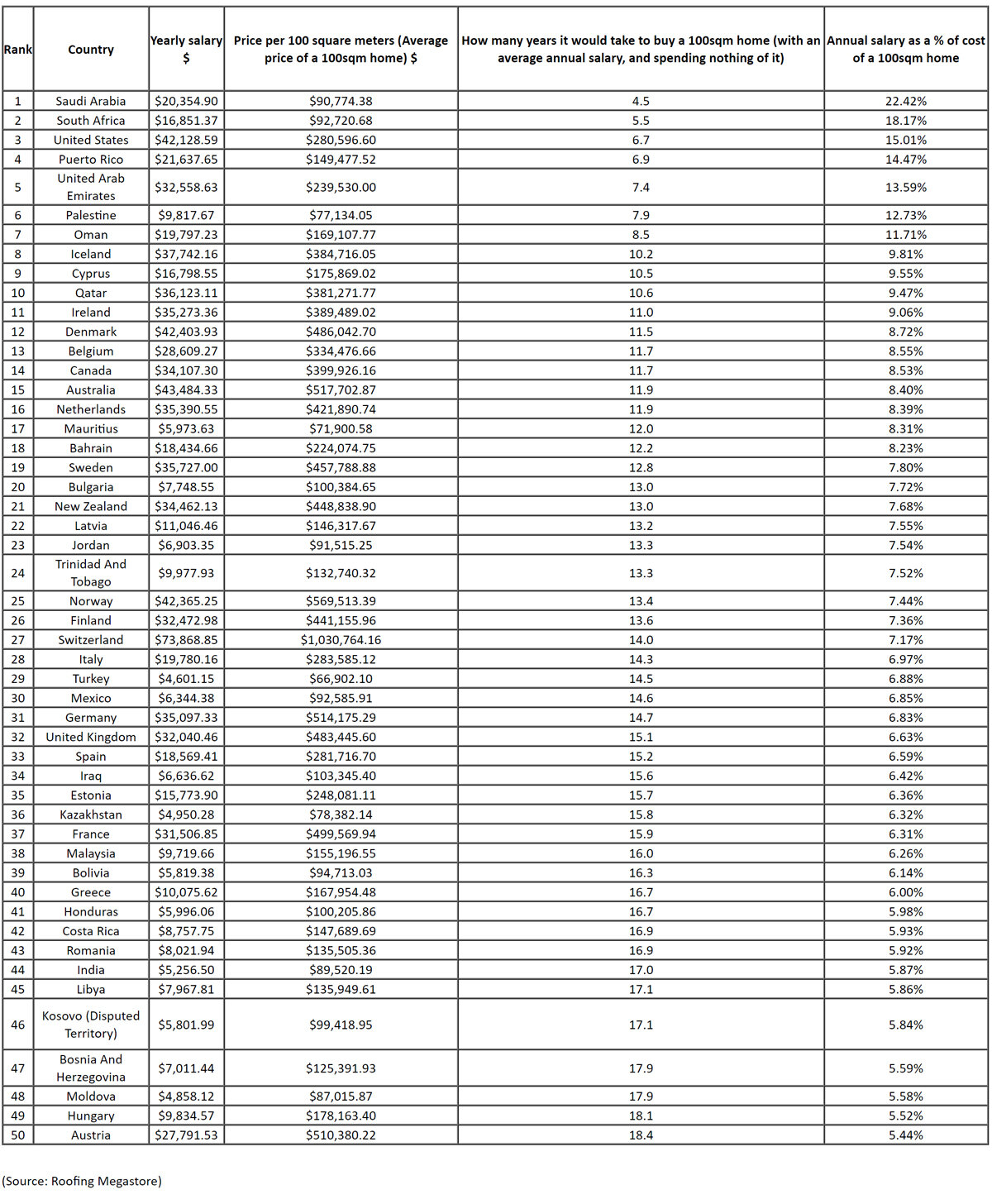 The Least Affordable Countries To Buy A Home In

At the other end of the scale, it's no surprise that infamously expensive South Korea and Hong Kong feature in the top 10 least affordable countries to buy a home in.

The number one least affordable place to buy a home though is Ghana - average property prices stand at just over $510,658.55, but the average annual salary is only around $3,420.47, which means it would take 149 years to save up enough to buy a home if none of the wage was ever spent.

In fourth position is Jamaica (1.63%), and rounding off the top five least affordable countries to purchase a home when factoring in purchasing power, is Iran (1.72%).

Just outside the top five is infamously expensive South Korea. Average salaries stand at $26,571.03 on average and although this is higher than four of the top five least affordable places, a 100sqm home would cost over $1 million, which means it would take 47 years to buy a home outright if you earned an average salary in South Korea and none of it was spent.

Gian-Carlo Grossi, Managing Director at Roofing Megastore commented: "Although in reality, it would be impossible to save 100% of your wage and not use any for standard costs of living, the length-of-time-to-buy equation serves to really illustrate the difference between the most and least affordable places to buy a home around the world."

The World's Top 20 Least Affordable Places To Buy A Home 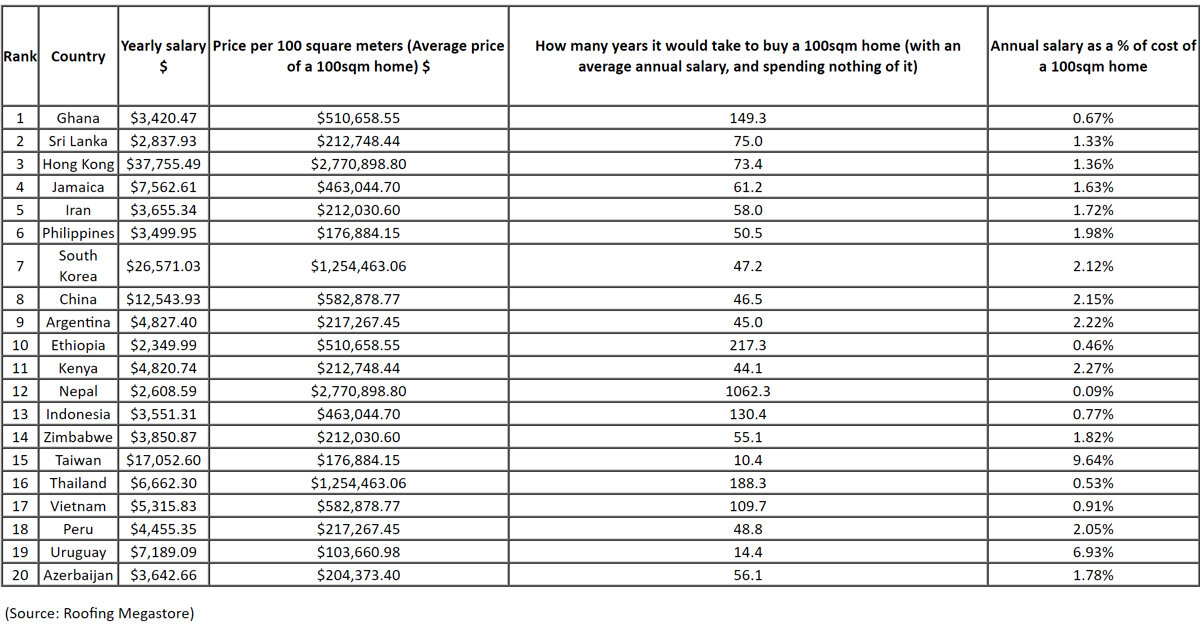 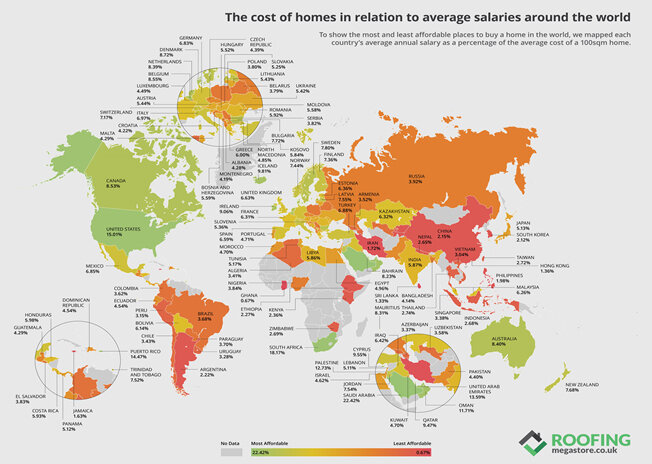