According to a new regional office market report by CBRE, office leasing momentum generally remained steady across the Asia-Pacific (APAC) region in Q3, 2014.

CBRE's APAC Office Rental Index increased by 0.93% quarter-on-quarter, a slightly faster rate of growth compared to the 0.8% quarter-on-quarter recorded the previous quarter in Q2. Annual growth stood at 2.9% year-on-year, the fastest rate since Q1 2012, with Manila and Singapore seeing strong growth in the region.

As the year comes to an end, office leasing activity will remain stable. The APAC Office Rental Index is projected to strengthen by 4.0% this year, and growth is set to continue into 2015. Singapore will continue to stand out as one of the top performers in the region along with strong growth expected in Japan.

Other key APAC office market highlights in Q3 include: 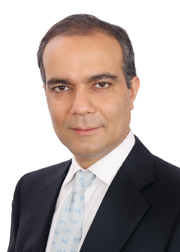 CBRE's Head of Brokerage Services and Regional Managing Director Manish Kashyap commented, "The office sector will continue to witness moderate expansionary demand, driven by domestic companies or Asian-based occupiers replacing multinationals as tenants in core areas. This can be seen in Hong Kong where firms from Mainland China are taking up space vacated by foreign occupiers. Even though they still see Asia Pacific as their key focus for business growth in the long term, multinationals are generally implementing cost effective solutions by moving to decentralized areas or outsourcing. We expect to see steady activity in the traditional banking sector but demand from the Technology, Media and Telecoms (TMT) sector will also remain strong."

Kashyap continued, "Looking ahead, a significant increase in new office supply will lead to more focus on tenant retention. Emerging markets such as Jakarta and Beijing will see a supply peak, forcing landlords to be more flexible towards rental negotiations. Elsewhere, an increasing number of large new projects are expected to be completed in 2015 in Brisbane, Melbourne and Sydney, ensuring they remain tenant markets. These trends will put tenant retention as a top priority for landlords in the near future." 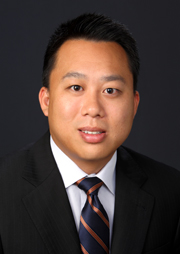 CBRE's Director of Research Jonathan Hsu commented, "In Q3 2014, Manila and Singapore saw continued strong growth as a result of limited prime space in central business districts--in particular driven by the growth of business process outsourcing in the Philippines and the expectation of rent increases in Singapore. Tokyo saw the strongest demand of any market year-to-date, and will continue to grow in 2015, but this growth rests strongly on current market sentiment and the success of Japan's government policies. Whilst growth is currently strong, there is some risk that this may be derailed in 2015 if the 'third arrow' of Abenomics, structural reform fails to materialize or have its intended effect." 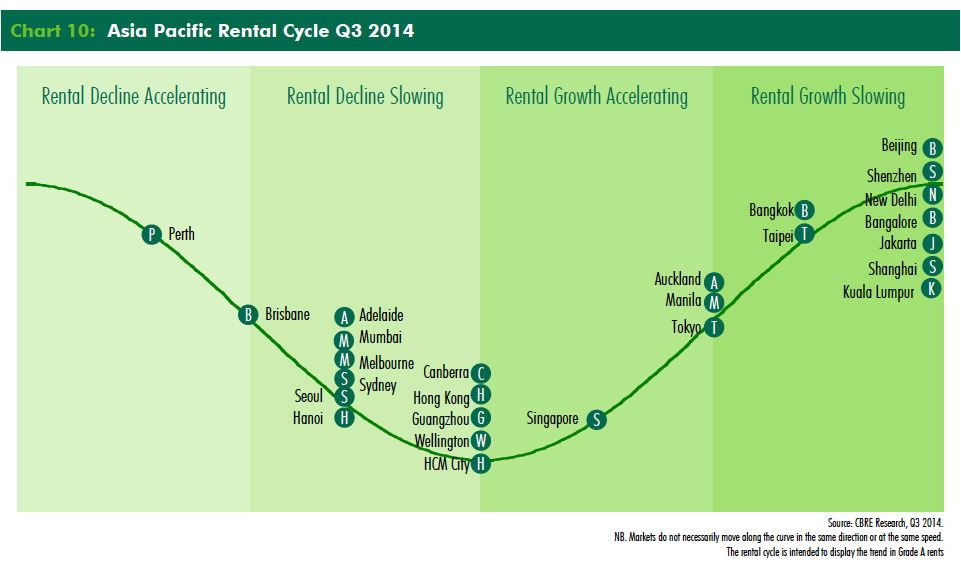