Global Commercial Investment Highlights of 2018 Include:

"Whilst demand from Greater China has reduced, they were still very active in 2018.  The reduction is also partly countered by increases in demand from Singapore and Japan, and interestingly the tracker shows an increase in domestic demand this year.  Domestic demand is often the first to react to improvements in occupier market trends."

William Beardmore-Gray, Head of Central London, Knight Frank also commented, "London is the most attractive city in the world for long-term investment. It has proved its ability to adapt to meet the demands of the modern global economy, and this is evident in London's office market. Big banks like Deutsche, tech giants like Apple and Facebook and life sciences groups like GSK are the heartbeat of our capital. The growth in co-working space is a positive sign of London's dynamism and the vitality of the creative economy. London's resilience and reputation as a safe haven for investment, despite Brexit, is remarkable.

"We see further positive transformation in the pipeline, as London is set to become a centre of scientific R&D and will draw capital from new investors unknown to the market before. London's potential continues to grow, with new sub-markets emerging in Nine Elms, Stratford and White City.

"Leaving the European Union will be difficult, but as long as London has fantastic infrastructure and places, great institutions and security, excellence in education and an abundance of talent, property occupiers and investors will continue to flock here from across the globe."

According to Knight Frank's Global Capital Tracker there is £40 billion ($51.8 bn) of capital looking to invest in commercial real estate, with Greater China the biggest potential investor in London, with £10bn ($12.9bn), or 25% of the total, looking to invest in 2019. 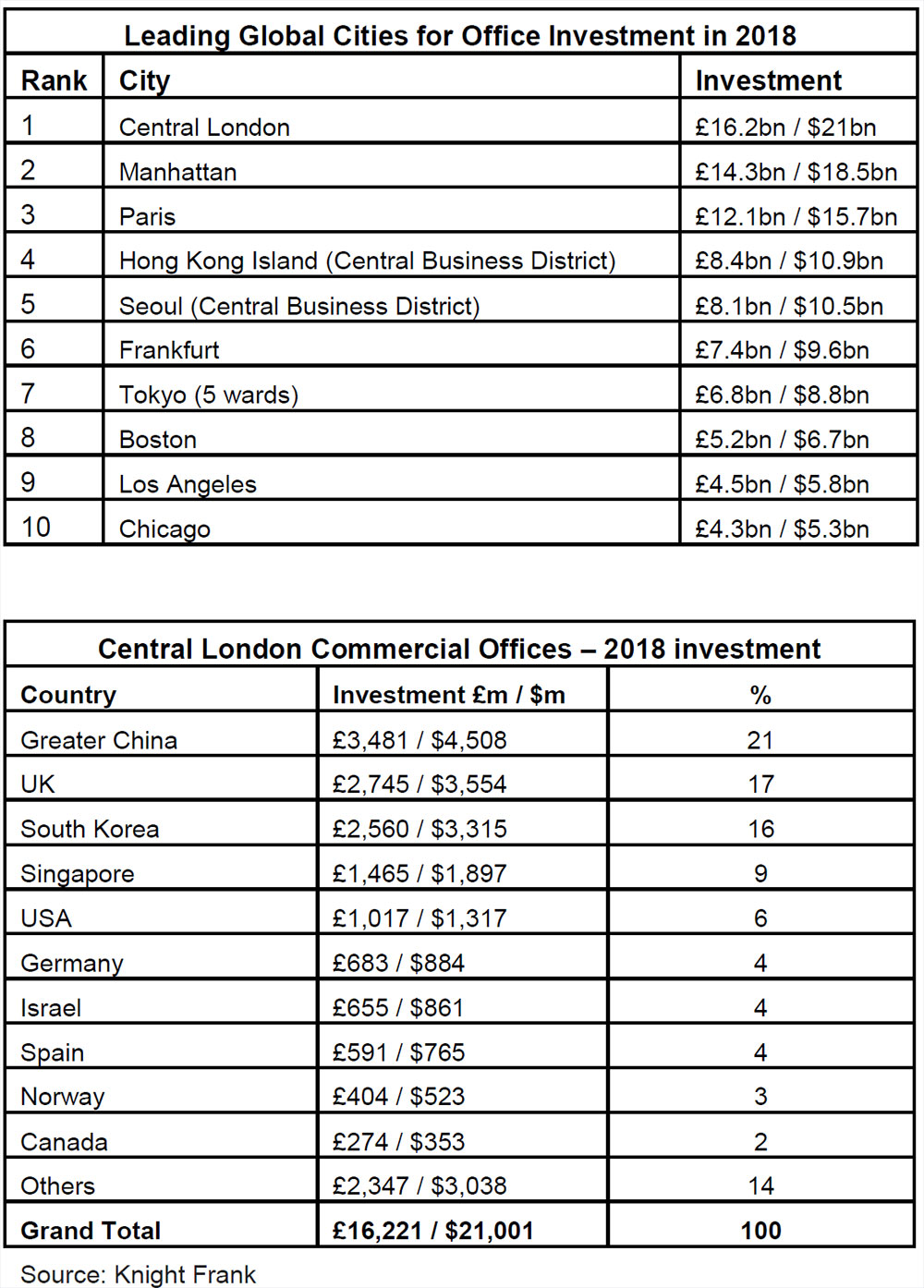