Prime occupancy costs--which reflect rent, plus local taxes and service charges--increased at a 2.4 percent annual pace globally, as the world economy continued to gradually improve and the service sector, a key bellwether for prime office space, entered its fourth year of expansion, driving healthy demand for space in top-quality properties.

In the Americas, prime occupancy costs increased by 3.1 percent year-over-year, largely thanks to the U.S., where rising office-using employment growth stimulated demand for commercial real estate nationwide, including in some key non-gateway and suburban markets.

"The global services sector has grown steadily for four years now, which helps to explain the general uplift in office rents and costs we are seeing worldwide," said Richard Barkham, global chief economist, CBRE. "Despite the fact that some markets have been hit by the China, oil and commodities slowdowns, we expect that most advanced economies will keep growing in 2016 and 2017, which combined with limited availability and relatively muted development levels, will result in moderate 2 percent to 3 percent cost increases."

CBRE tracks occupancy costs for prime office space in 126 markets around the globe. Of the top 50 "most expensive" markets, 19 were in EMEA, 20 were in Asia Pacific and 11 were in the Americas.

Thirty-three markets in EMEA notched increases in occupancy costs as the region's economic recovery continued to take hold, with 65 percent of European markets moving up by more than three places in the rankings.

Four of the rising markets--Prague, Warsaw, Bucharest, Belgrade--were in Central Europe, which has performed better because of the pick-up in the Eurozone and the benefits it offers in terms of a low-cost location for manufacturing and service sector activity.

Hong Kong (Central) remained the only market in the world--other than London's West End--with a prime occupancy cost exceeding US$200 per sq. ft. However, there is some evidence that overseas financial services companies are resistant to continued high costs and may be seeking alternatives to a Hong Kong location.

New York (Midtown) retained its spot in 10th place and remained the most expensive Americas market, with a prime office occupancy cost of US$127 per sq. ft.

Tech-focused markets continued to fare well, with Seattle (Downtown) topping the global list of increases in occupancy costs, up 17.3 percent year-over-year, and prime costs continuing to rise in San Francisco despite an increase in the supply of Class A product.

Prime occupancy costs grew in a host of key cities and suburban markets--including Washington, D.C. (Downtown), San Francisco (Peninsula), Seattle (Downtown), Seattle (Suburban), Atlanta (Downtown) and Atlanta (Suburban)--evidencing the growing breadth and depth of the recovery of the office market in the U.S.

In Latin America, Lima, Monterrey, Buenos Aires and Mexico City rose up the ranks, showing that the troubles being felt by Brazil are not typical of the whole region. 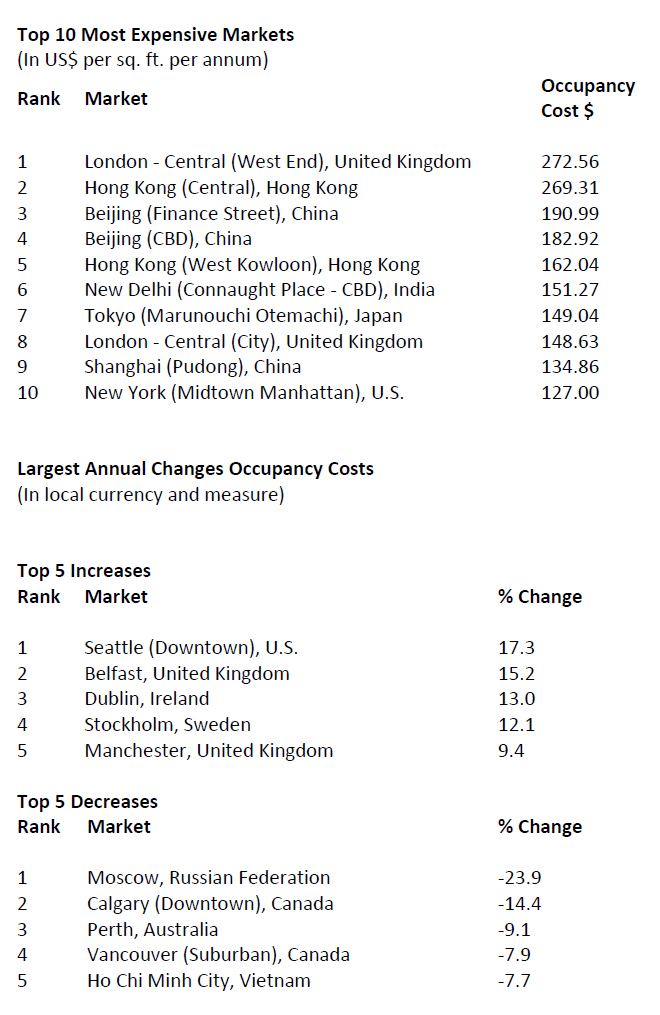 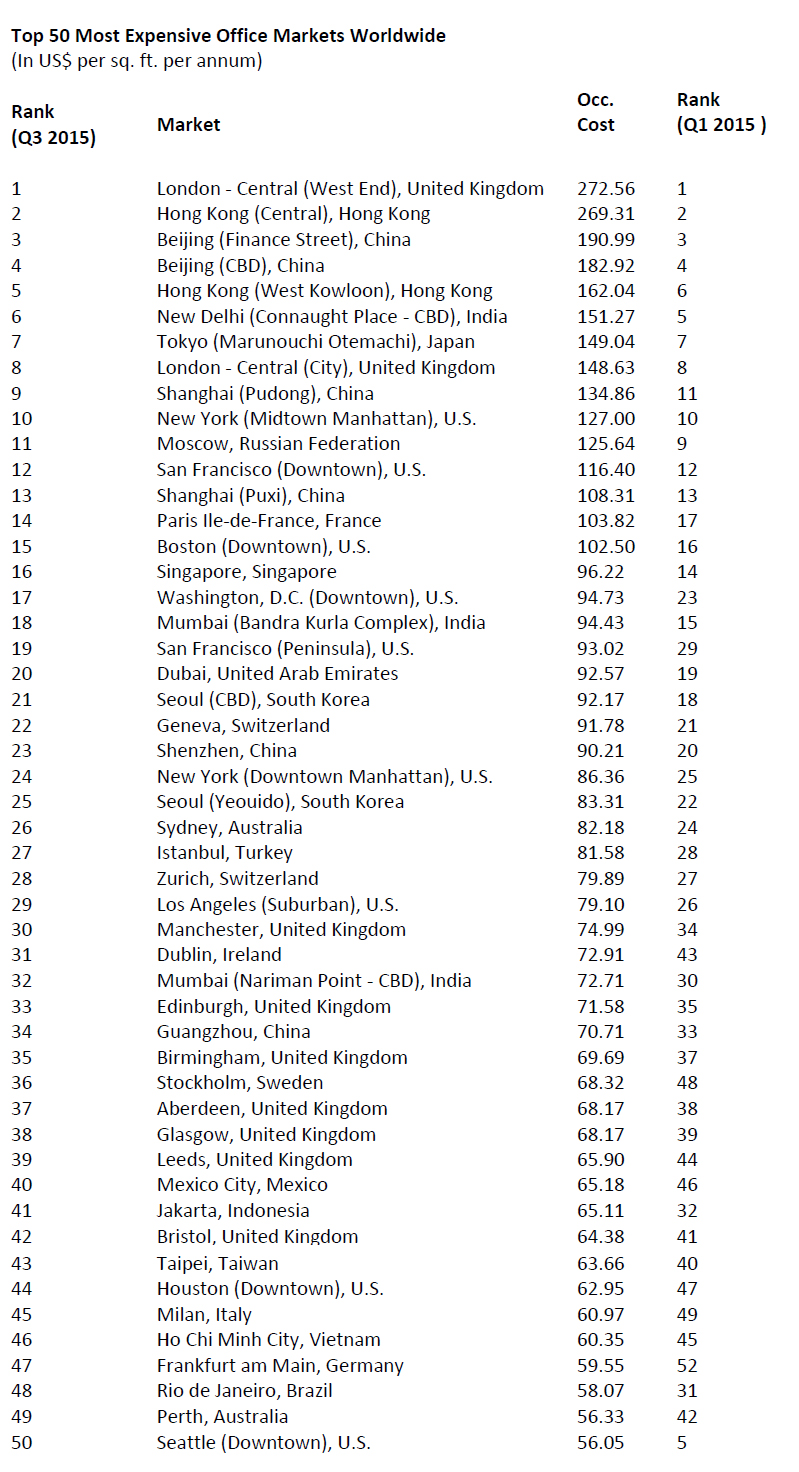