International property consultant Knight Frank is reporting that urban house prices globally increased by 5.6% on average in 2020, up from 3.2% in 2019.

However, the performance of urban house prices is becoming increasingly polarized. The gap between the strongest and weakest-performing city is now 42 percentage points, up from 36 in June 2020.

Emerging markets are amongst some of the strongest performers, Turkish and Russian cities amongst them - albeit Turkish price growth is largely linked to high inflation and the lira's trajectory.

A number of North American, Australasian and European cities are performing strongly whilst some Asian cities are trailing. It suggests some correlation with the length and stringency of lockdowns, those markets that have experienced the strictest measures are seeing stronger pent up demand released fuelling price inflation.

Of the 15 US cities tracked by the index, 14 now sit within the top third of the rankings table, recording annual price growth above 7%. A year ago, only two cities fell into this category.

Conversely, Chinese cities have slipped down the rankings with prices and Spanish counterparts are widening. Paris and Hamburg lead with growth of between 7% and 8% whilst Spanish and Italian cities are averaging annual growth of -1.5% and 0.6% respectively.

Knight Frank's global cities index future performance will depend on multiple factors, not least the speed of the vaccine roll-out, the impact of third lockdowns in major European markets and the tapering of fiscal stimulus measures leaving jobs and mortgages more exposed, potentially dampening buyer sentiment in the second half of 2021. 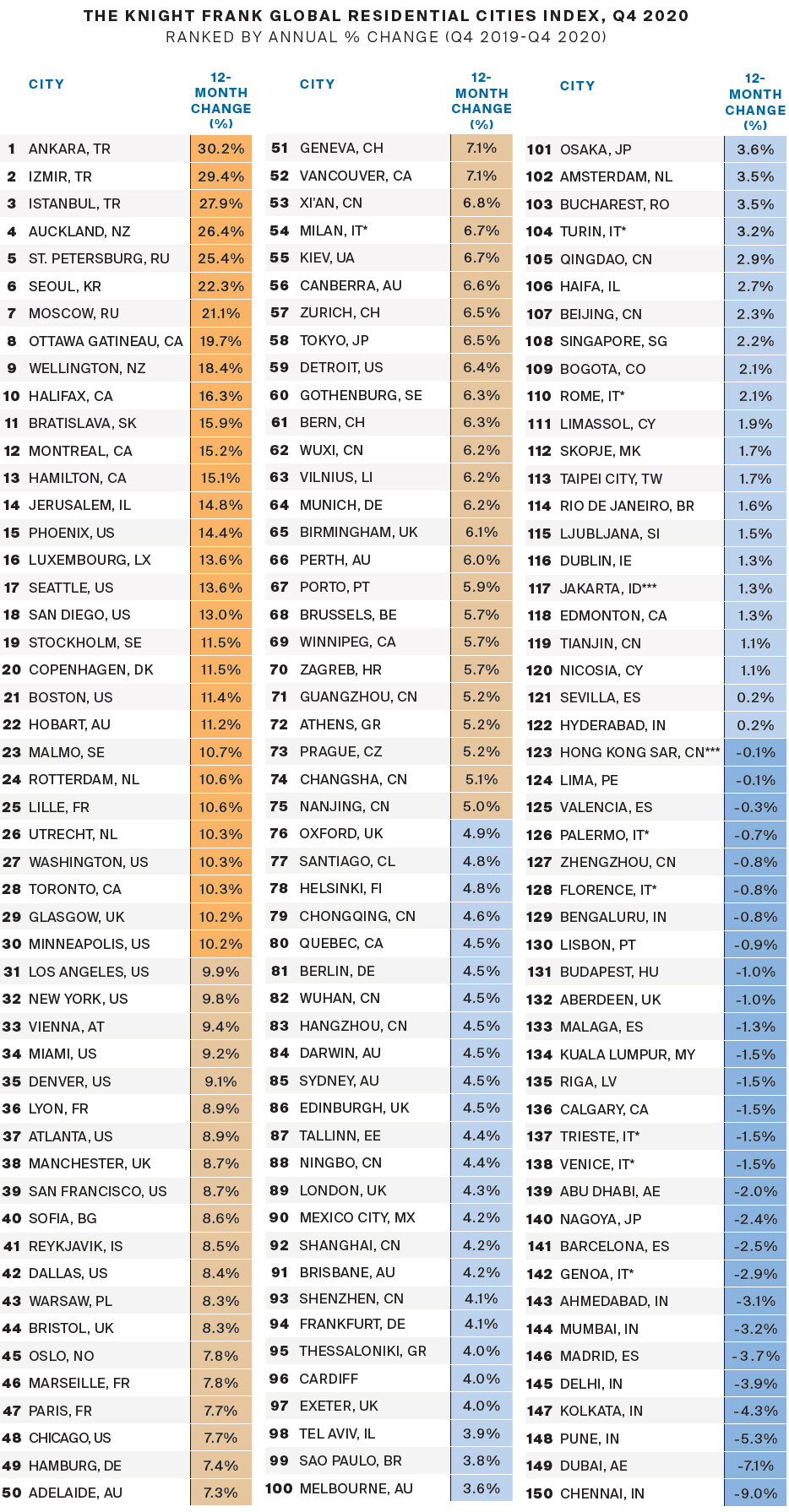