According to RealtyTrac's new Buy-to-Rent Analysis report, potential returns from buy-to-rent purchases of 3-bedroom residential properties in the U.S. during the first five months of 2015 decreased from the same time period a year ago in 169 of the 285 counties analyzed (59 percent).

"As home price appreciation moderates and aligns more closely with trends in rental rates, the returns in the buy-to-rent market are stabilizing and becoming more predictable -- if not as lucrative as they were for investors who purchased a few years ago near the bottom of the market," said Daren Blomquist, vice president at RealtyTrac. "Buying rentals continues to be a brilliant strategy that allows investors to hedge their bets in a real estate market shifting away from homeownership and toward a sharing economy."

There were 51 counties with a combined population of 18.5 million where potential buy-to-rent returns were 10 percent or higher and where average weekly wages in the fourth quarter of 2014 increased 3 percent or more from a year ago. These counties included Wayne County, Michigan in the Detroit metro area (15.50 percent annual gross rental yield), Cuyahoga County, Ohio in the Cleveland metro area (14.62 percent), Milwaukee County, Wisconsin (12.15 percent), Erie County, New York in the Buffalo metro area, and Duval County, Florida in the Jacksonville metro area (13.39 percent).

Zip codes with the highest potential rental returns on 3-bedroom properties purchased in the first five months of 2015 included zip codes in the Detroit, Atlanta, Cleveland, Philadelphia, Jacksonville, Florida, and Memphis metro areas. There were a total of 105 zip codes with a gross annual rental yield of 18 percent or higher.

Buying more affordable than renting in 66 percent of counties

"The window is wide open for renters to take advantage of homeownership in South Florida today," said Mike Pappas, CEO and president of Keyes Company, covering the South Florida market. "Rents have sky rocketed over the past few years and may be peaking, while interest rates are still at historic lows. With the tax savings from interest and real estate tax payments a tenant can own for less than they are currently paying in rent."

"In Seattle, a considerable number of single family home renters are made up of people who lost their own homes to foreclosure," said Matthew Gardner, Chief Economist Windermere Real Estate, covering the Seattle market. "As these 'boomerang' buyers are able to requalify for mortgages, I expect many of them will settle in areas outside of Seattle, like Pierce and Snohomish Counties, where the average monthly mortgage payment is lower than rent."

"We are finding many first time homebuyers in a short-term-versus-long-term quandary along the Front Range in Colorado," said Greg Smith, owner/broker at RE/MAX Alliance, covering the Denver market. "In today's market many buyers are not willing to take the leap to increase their monthly payment to lock in the fixed payment of a mortgage. This tends to be a short-term perspective that can have a staggering long-term effect for a person's net worth.  When you consider rents are increasing at historically high rates of over 13 percent in many areas it makes a lot of sense to lock in a monthly payment with a mortgage." 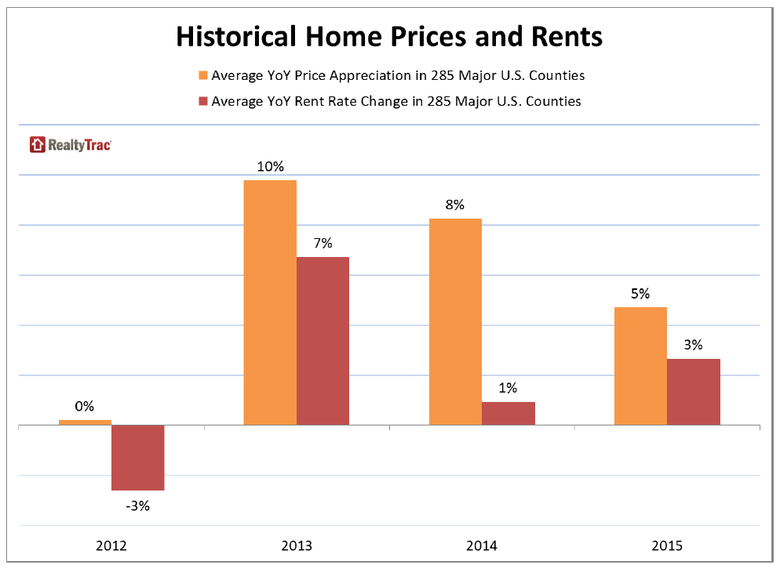