Cash Sales Account for 36 Percent of All U.S. Home Sales


Irvine-Ca based CoreLogic is reporting this week that cash sales accounted for 36.4 percent of total U.S. home sales in November 2015, down 0.7 percentage points year over year from 37.1 percent in November 2014.

The November 2015 year-over-year decrease in cash sales was the lowest in nearly three years. From January 2013 until October 2015 decreases in the cash sales share averaged 2.7 percentage points, ranging from -1.4 to -5.1 percentage points. The elevated cash share for November was most likely related to the new federal mortgage rules that took effect in October 2015 (TRID) as some mortgage deals were delayed while the industry adjusted to the new mortgage rules. These delays are not expected to carry forward in future months. 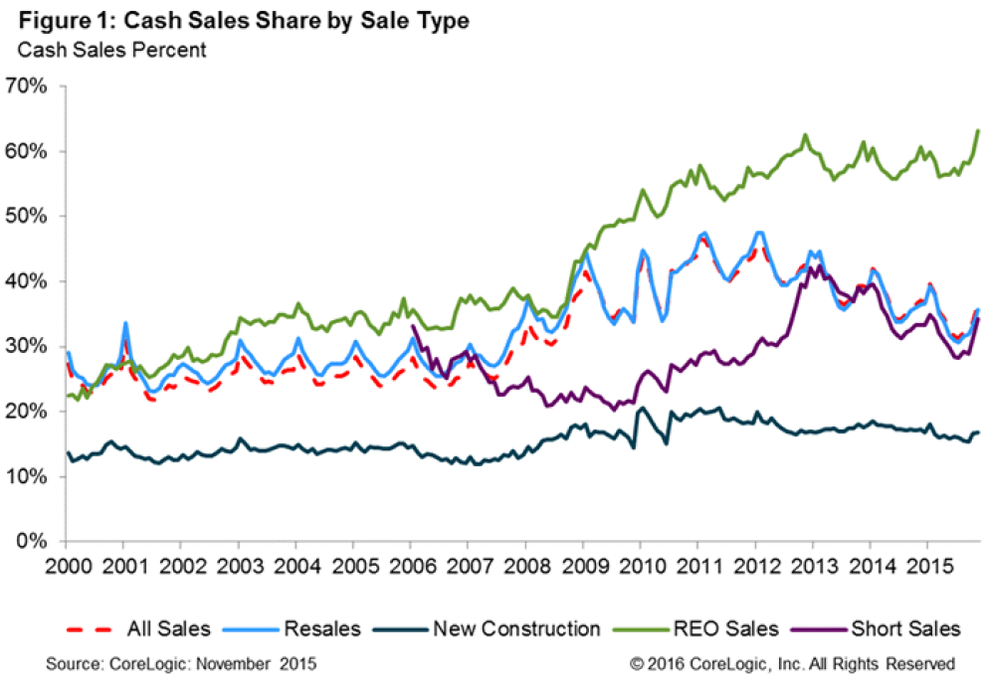 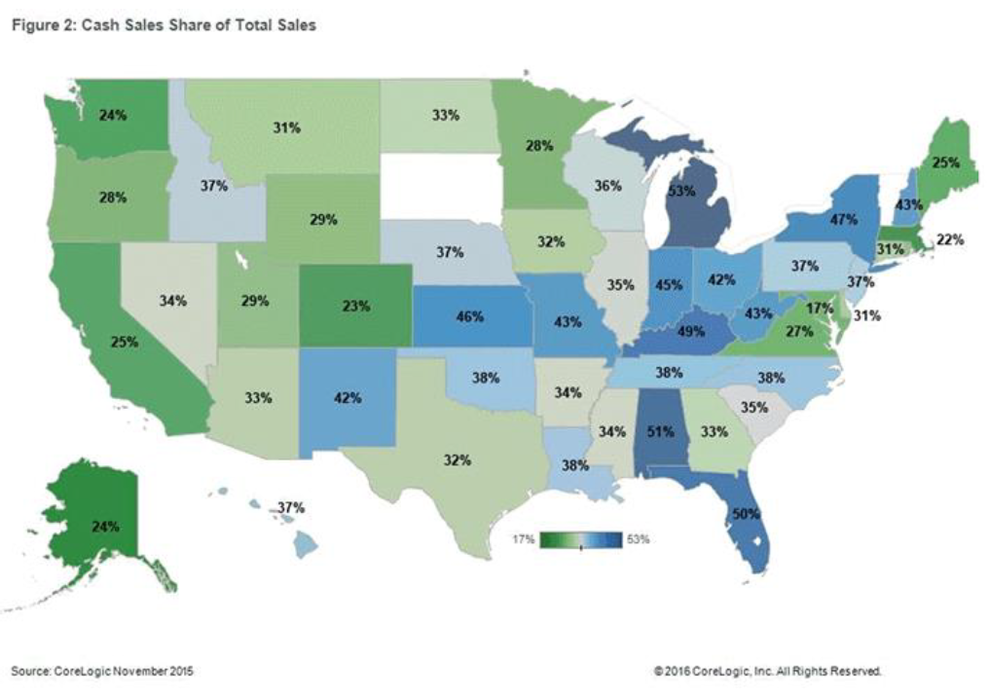