Real estate-owned (REO) sales had the largest cash sales share in February 2015 at 59.8 percent, followed by resales (37.6 percent), short sales (34.3 percent) and newly constructed homes (15.8 percent). While the percentage of REO sales that were all cash transactions remained high, REO transactions made up only 9.7 percent of all sales in February. In January 2011, when the cash sales share was at its peak, REO sales made up 23.9 percent of total home sales. Resales make up the majority of home sales at about 80 percent, and therefore have the biggest weight on the total cash sales share. 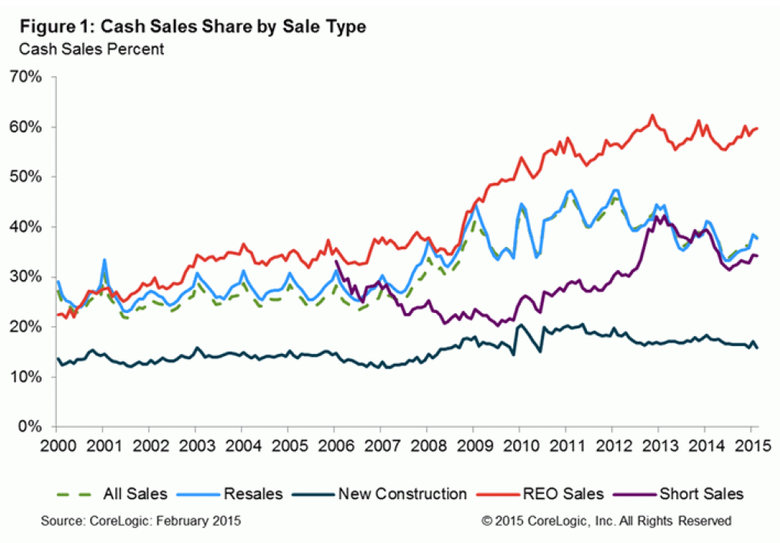 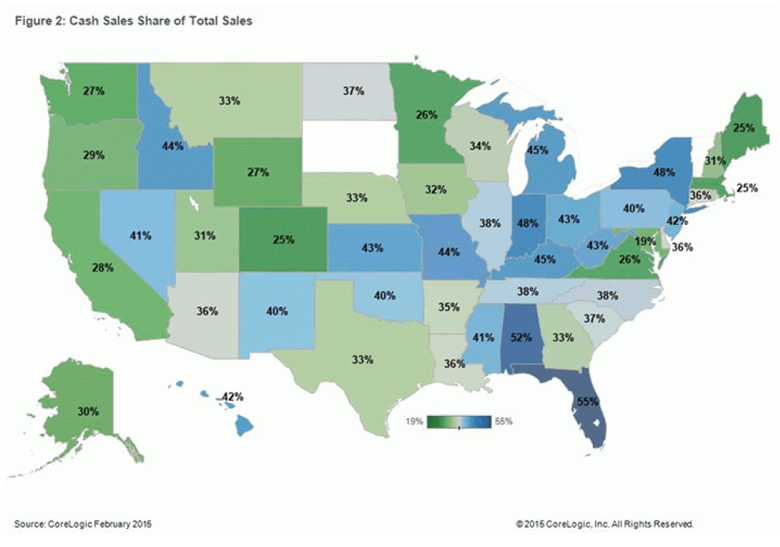