According to the National Association of Realtors, pending home sales in the U.S. continued to ascend in June 2019, marking two consecutive months of growth. Each of the four major regions recorded a rise in contract activity, with the West experiencing the highest surge.

The Pending Home Sales Index, a forward-looking indicator based on contract signings, moved up 2.8% to 108.3 in June, up from 105.4 in May. Year-over-year contract signings jumped 1.6%, snapping a 17-month streak of annual decreases.

Lawrence Yun, NAR chief economist, said the 2.8% increase can be attributed to the current favorable conditions and predicted the rise is likely the start of a positive trend for home sales. "Job growth is doing well, the stock market is near an all-time high and home values are consistently increasing. When you combine that with the incredibly low mortgage rates, it is not surprising to now see two straight months of increases," he said.

Yun notes June's contract signings indicate that buyers are both enthusiastic about the market and of the potential wealth gain, but he added that home builders need to increase inventory. "Homes are selling at a breakneck pace, in less than a month, on average, for existing homes and three months for newly constructed homes," he said. "Furthermore, homeowners' equity in real estate has doubled over the past six years to now nearly $16 trillion. But the number of potential buyers exceeds the number of homes available. We need to see sizable growth in inventory, particularly of entry-level homes, to assure wider access to homeownership."

Last month's increase was in line with the trend of continuing growth in purchase applications that we have seen for most of 2019. However, recent months of home sales data have sometimes diverged from other housing indicators because there are more first-time home buyers entering the market at a time when all-cash sales are declining. For the mortgage industry, this means a larger share of overall home purchases are now being financed with a mortgage.

The non-seasonally adjusted data still showed some year-over-year declines, but this may improve if we see housing inventory continue to grow, both from new construction and more homeowners deciding to sell." 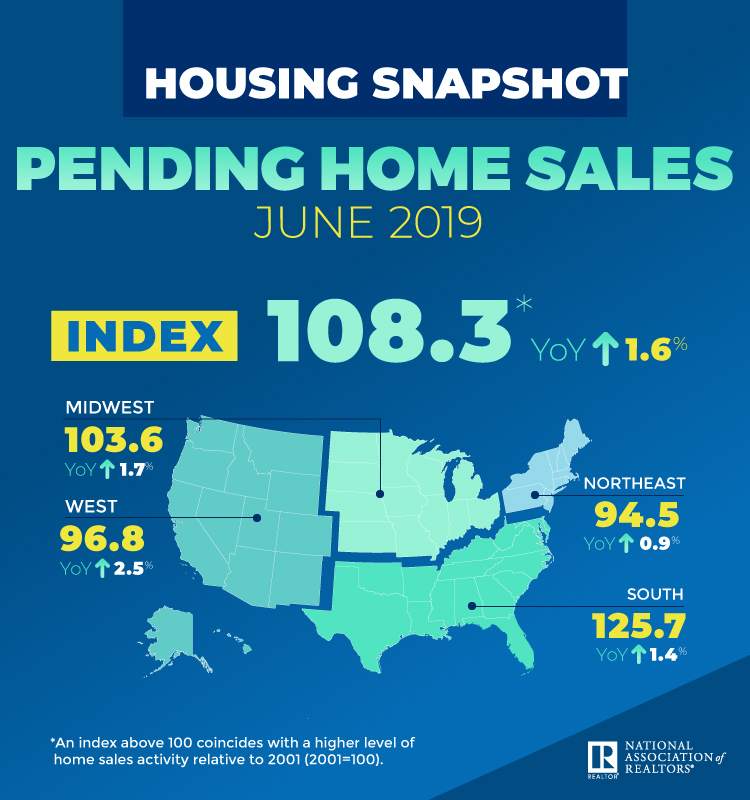