According to CoreLogic's latest Home Price Index and HPI Forecast for January 2016 shows U.S. home prices are up both year over year and month over month.

"While the national market continues to steadily improve, the contours of the home price recovery are shifting," said Dr. Frank Nothaft, chief economist for CoreLogic. "The northwest and Rocky Mountain states have experienced greater appreciation and account for four of the top five states for home price growth." 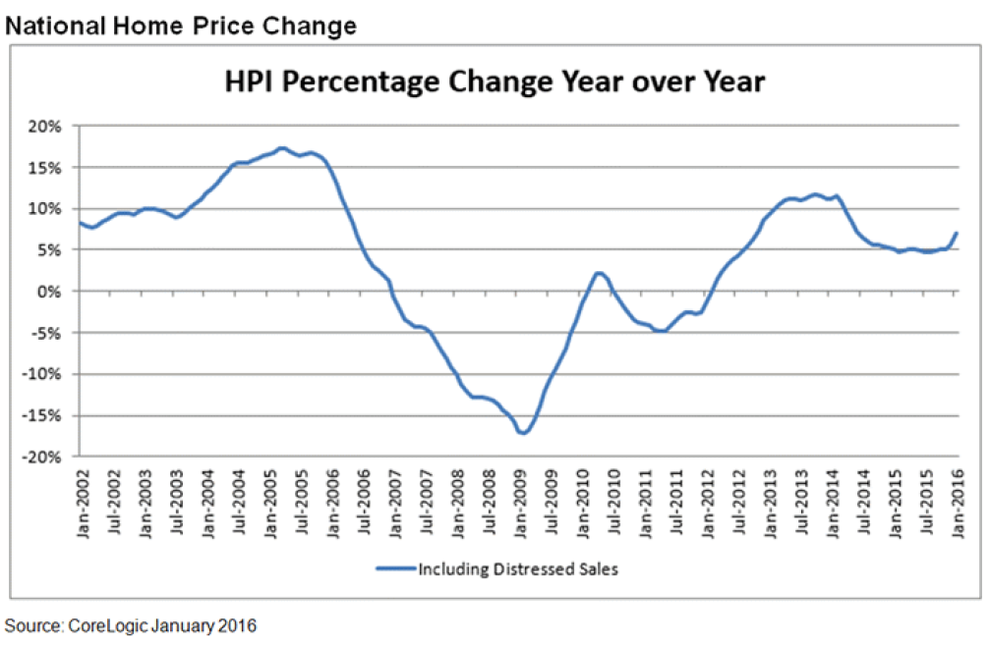