CBRE is reporting that North America's data center sector was resilient in the first half of 2020 as many businesses implemented hybrid IT infrastructure to improve their remote work capabilities and streaming content providers saw increased viewership due to the COVID-19 pandemic.

The seven primary U.S. data center markets saw 134.9 megawatts (MW) of net absorption in H1 2020--down from record levels in the first halves of 2019 and 2018, but still higher than the same period in 2017 and 2016. The vacancy rate in the primary markets dropped 70 basis points year-over-year to 10.3 percent despite a 5 percent growth in inventory during H1. The decline in net absorption in H1 2020 was largely due to increased supply.

The Canadian data center market also had a strong first half of the year, with net absorption in Toronto exceeding, and Montreal on par with, H2 2019 levels, when CBRE Research began tracking these markets.

"The economic slowdown will force companies to scrutinize every dollar of their IT spending, but continued investment in mission-critical IT infrastructure like data centers and cloud services will be imperative to supporting business continuity and remote working," said Pat Lynch, Senior Managing Director, Data Center Solutions, CBRE. "The outperformance of data center REITs compared to other public real estate securities so far in 2020 has brought new investor interest to the sector, which will likely result in increased development activity."

Northern Virginia remained the most active data center market, with net absorption of 93.2 MW in H1 2020. 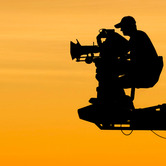 North America's data center sector was resilient in the first half of 2020 as many businesses implemented hybrid IT infrastructure to improve their remote work capabilities.