According to Transwestern's newly released 2017 year-end report on the national office market, the U.S. office market's nationwide December 2017 vacancy rate of 11.5 percent was the lowest reported in 10 years.

Significant net absorption in markets such as Dallas/Fort Worth; San Jose/Silicon Valley; Seattle; Northern Virginia; and Austin, Texas, contributed to this decline in vacancy, as did a deceleration in new construction starts during the fourth quarter.

Ryan Tharp, Director of Research for Transwestern's Dallas office, noted that while Dallas led absorption in 2017 with nearly 5.3 million square feet, the majority of major markets contributed to this consistent downward trend: "Miami, for example, posted a 10-year low in overall vacancy during 2017 with an average 150,000 square feet of positive absorption each quarter. The strength of the office market is not confined to a few specific metros or regions."

Healthy rent growth also was experienced around the country in the fourth quarter of 2017, with the top 10 markets in this category - representing Eastern, Central and Western regions of the country - posting increases between 5 and 9 percent. Boston, the outlier, led the nation in rent growth for the quarter, at 15.1 percent. Overall, the average asking office rental rate for U.S. office product ended the year at $25.51 per square foot, reflecting 3.4 percent annual growth.

Confidence in the market's performance through 2018 remains high, especially in light of recent tax cuts, which the business community is responding to favorably.

Elizabeth Norton, Managing Director of Research based in Washington, D.C., said, "Despite Northern Virginia having the second-highest office vacancy in the country at 16.8 percent, we believe consumer and business spending will strengthen in 2018, further bolstering both the local and national office market as companies grow to keep up with demand for goods and services." 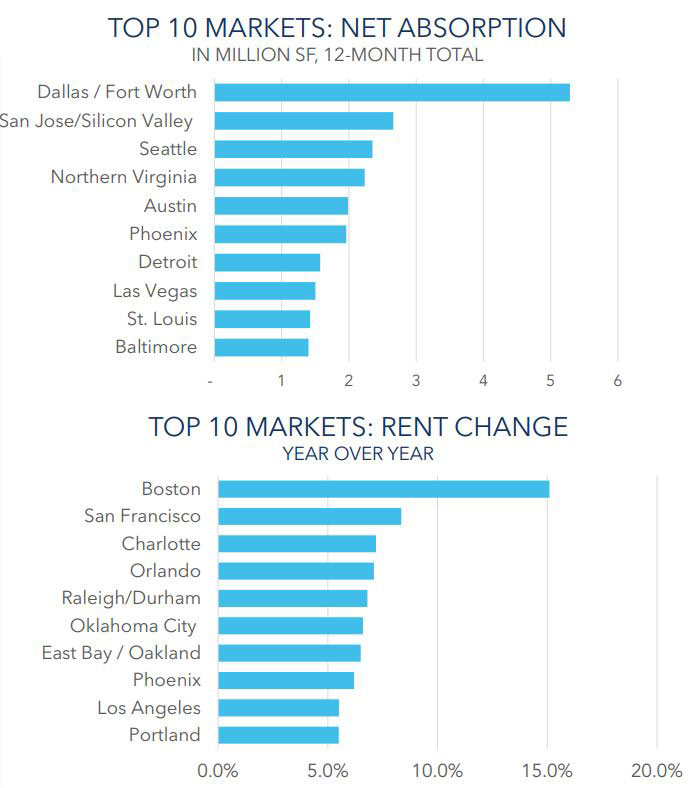