The National Association of Realtors is reporting this week U.S. pending home sales decreased in April 2020, making two straight months of declines caused by the Coronavirus outbreak. Every major region experienced a drop in month-over-month contract activity and a decline in year-over-year pending home sales transactions.

The Pending Home Sales Index, a forward-looking indicator of home sales based on contract signings, fell 21.8% to 69.0 in April. Year-over-year, contract signings shrank 33.8%. An index of 100 is equal to the level of contract activity in 2001.

"With nearly all states under stay-at-home orders in April, it is no surprise to see the markedly reduced activity in signing contracts for home purchases," said Lawrence Yun, NAR's chief economist.

"While coronavirus mitigation efforts have disrupted contract signings, the real estate industry is 'hot' in affordable price points with the wide prevalence of bidding wars for the limited inventory," he said. "In the coming months, buying activity will rise as states reopen and more consumers feel comfortable about homebuying in the midst of the social distancing measures."

A sign that buyers' comfortability may be growing is seen in NAR's most recent Flash Survey, as 34% of Realtors reported successfully completing nearly all aspects of transactions while adhering to social distancing procedures.

Pointing to data from realtor.com, Yun says new listings were up in April 2020 from one year ago in 34 metro areas, including Virginia Beach, Va., Sioux Falls, S.D., Odessa, Texas, Summerville, Ga., and Las Cruces, N.M.

"Given the surprising resiliency of the housing market in the midst of the pandemic, the outlook for the remainder of the year has been upgraded for both home sales and prices, with home sales to decline by only 11% in 2020 with the median home price projected to increase by 4%," Yun said. "In the prior forecast, sales were expected to fall by 15% and there was no increase in home price." 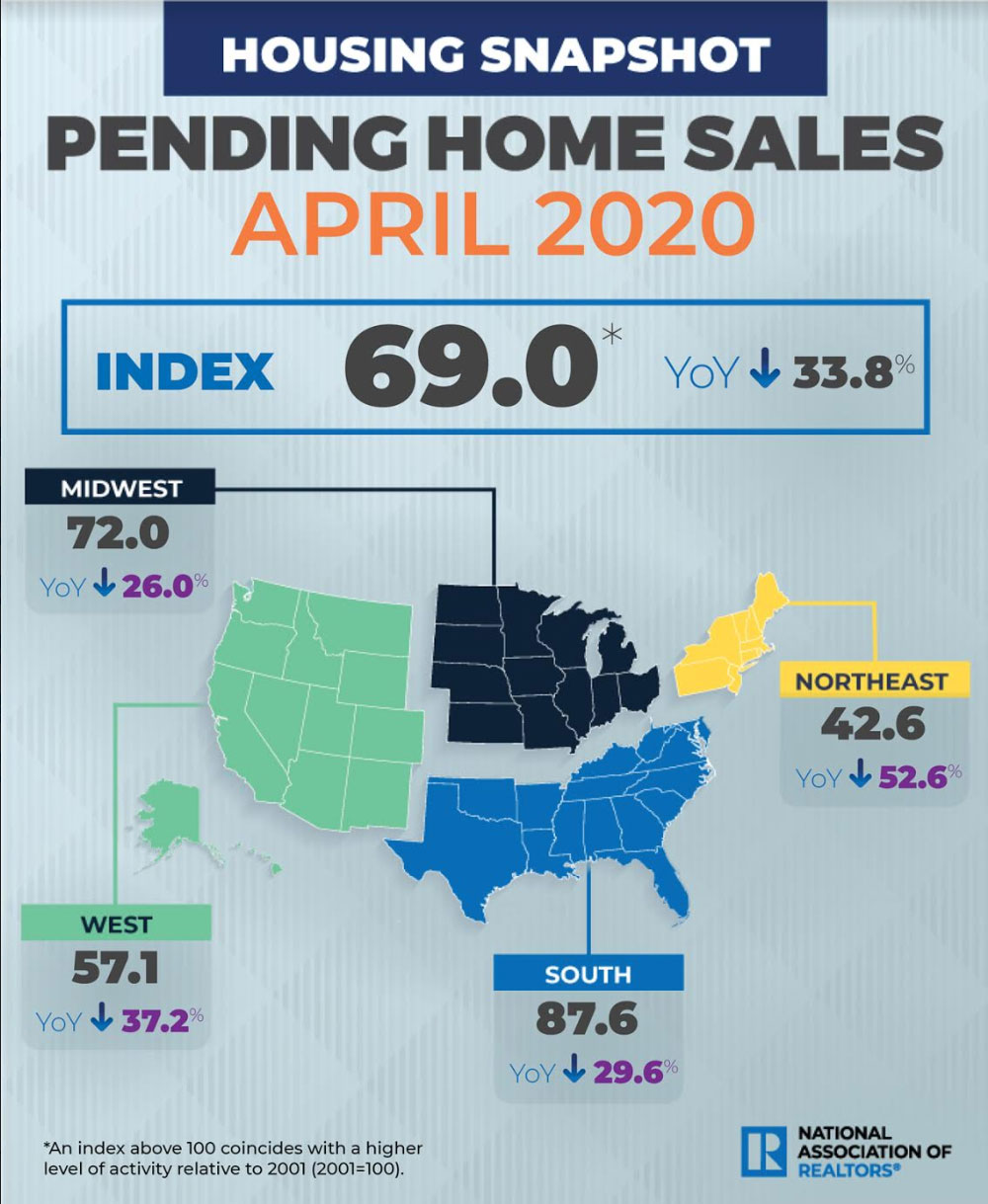