"The housing market is ending the decade in a vastly different place than it began," said Redfin chief economist Daryl Fairweather. "In 2010, the market was in the middle of its greatest downturn in history: Home values were plummeting and the share of mortgages in delinquency was at an all time high. Heading into 2020, home values have recovered along with the economy, and now many parts of the country are grappling instead with new challenges like high home prices and a lack of homes for sale."

Florida was one of the epicenters of the foreclosure crisis and experienced some of the biggest declines in home values leading up to 2010. But as the sunshine state recovered from the housing crash, home values also increased, leading to the nation's largest post-crisis recovery. In Fort Lauderdale, the median home price increased 161% from $106,000 at the beginning of 2010 to $278,000 at the end of 2019. The median home price has more than doubled this decade in Orlando (+127%) and Miami (+106%) as well.

Biggest contrast between increase in home prices and decline in incomes: Las Vegas

Las Vegas, where incomes fell dramatically during the great recession and haven't yet fully recovered, saw the biggest divergence between home prices and incomes. In Las Vegas, the median home price increased at an average annual rate of 14.1% over the decade, while the median income declined at an average annual rate of 0.4%. As incomes fell, residents could no longer afford to own a home, which caused a simultaneous decline in the homeownership rate from 59% in 2010 to a low of 52% in 2016, followed by a slight increase to 53% as of 2017. Even though the homeownership rate remains low, demand from investors looking to rent out or flip homes has supported high home price growth.

Eight out of the nation's top 10 metros for home price increases in dollar value were in California. In San Francisco, the median home price increased $711,000--from $698,000 at the beginning of 2010 to $1.4 million by the end of 2019. Two main factors led to San Francisco's large price gains: a booming job market and a lack of homes for sale. By 2015, the unemployment rate in San Francisco was just 3.7% compared to 5.3% for the nation. By October, 2019, the city's unemployment rate was 1.9%. At the same time, there are not enough housing units for all the workers in San Francisco, a reality true across California where home prices have risen dramatically in the last decade.

In Nassau County, the median time it takes to sell a home dropped by about four months--124 days--over the course of the decade. At the beginning of 2010 it typically took 180 days to sell a home; it now takes just 56 days. "During the housing crash there were a lot of short sales in Long Island, which are very difficult to close. I don't see that at all anymore," said Redfin agent Peggy Papazaharias. "In the last several years, prices sky-rocketed in Manhattan, which pushed many homebuyers to consider Long Island, and now demand is very strong." 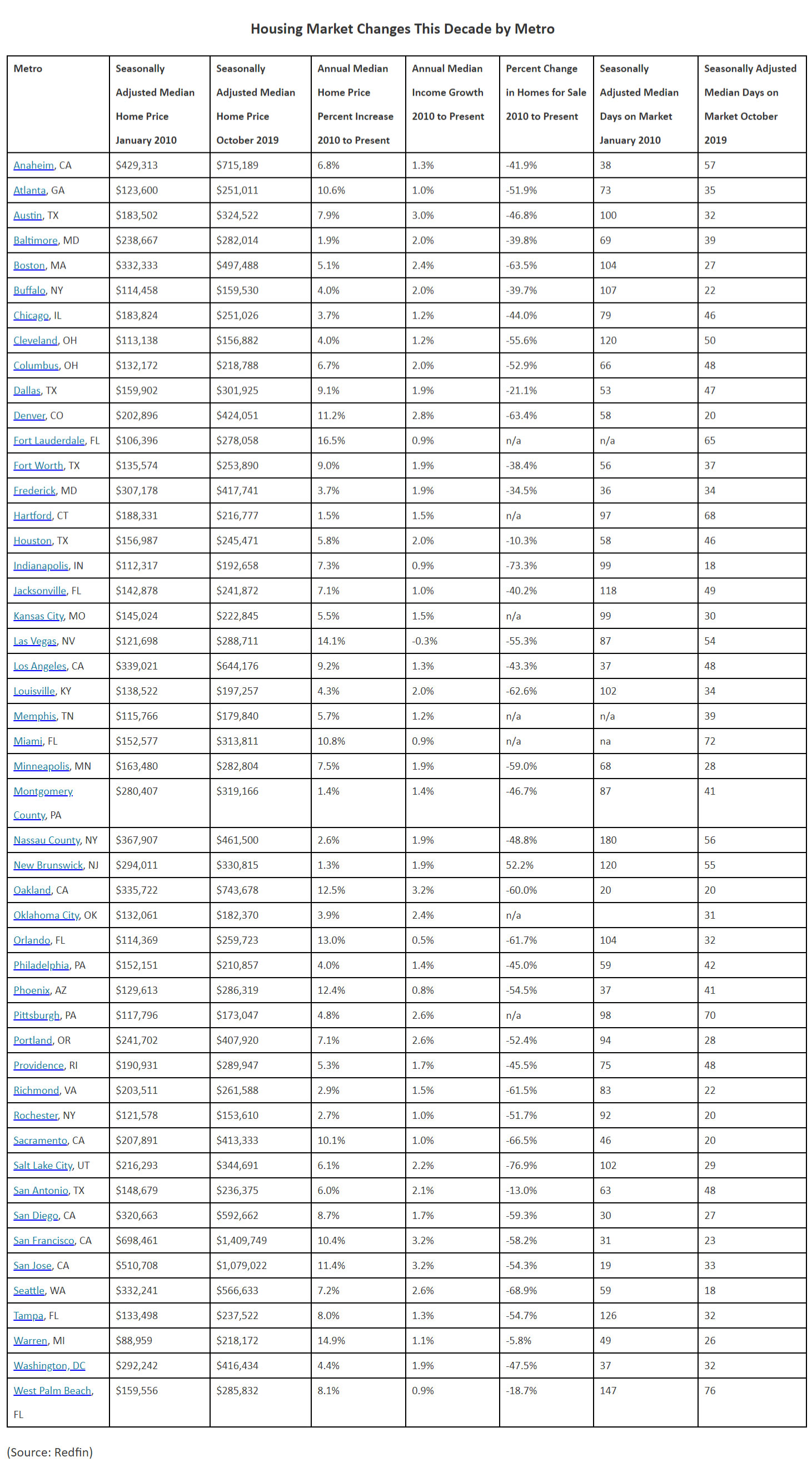 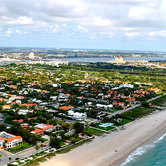 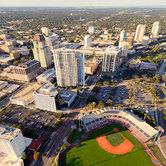