According to RealtyTrac's Q3, 2015 U.S. Home Flipping Report, shows that 43,197 single family homes and condos were flipped -- sold as part of an arms-length sale for the second time within a 12-month period -- in the third quarter of 2015, 5.0 percent of all single family home and condo sales during the quarter.

"After curtailing flipping activity last year due to slowing home price appreciation and shrinking inventory of flip-worthy homes, real estate investors have started to jump back on the flipping bandwagon in 2015," said Daren Blomquist, vice president at RealtyTrac. "On the acquisition side, investors are finding creative ways to pinpoint potential flips in the off-market arena, and on the disposition side investors have a bigger pool of potential buyers thanks to a surge in FHA buyers this year, many of them first-time buyers looking for starter homes."

Best counties for flipping to millennials

Using data from the third quarter flipping report and U.S. Census demographic data, RealtyTrac identified 18 counties where the average gross return on a flipped home in the third quarter was at least 30 percent and where the millennial share of the population in 2013 (defined as those between the ages of 20 and 34 in 2013) was at least 25 percent and increased during the housing downturn between 2008 and 2013.

RealtyTrac identified 15 counties where the average gross return on a flipped home in the third quarter was at least 30 percent and where the baby boomer share of the population in 2013 (defined as those between the ages of 49 and 67 in 2013) was at least 25 percent and increased between 2008 and 2013.

The top five counties for flipping to boomers were all in Florida: Charlotte and Hernando counties in southwest Florida, and Volusia, Brevard and Marion counties in central Florida. The only counties outside of Florida on the top 15 list for flipping to boomers were Skagit County, Washington between Seattle and Vancouver; Sussex County, Delaware, on the Atlantic Coast between Washington, D.C. and Philadelphia; and Henderson County, North Carolina in the Asheville metro area.

States with highest share of home flipping as a percentage of all single family home and condo sales were Nevada (8.4 percent), Florida (7.9 percent), Alabama (7.5 percent), Arizona (6.9 percent), and Tennessee (6.6 percent).

Markets with the highest average returns on flipped homes 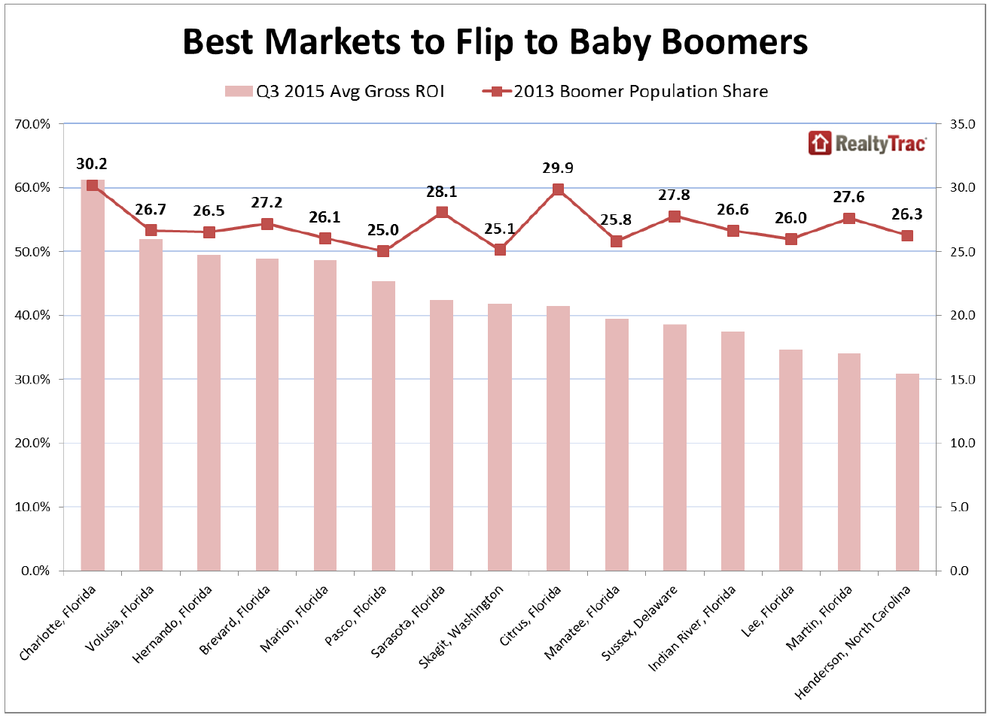 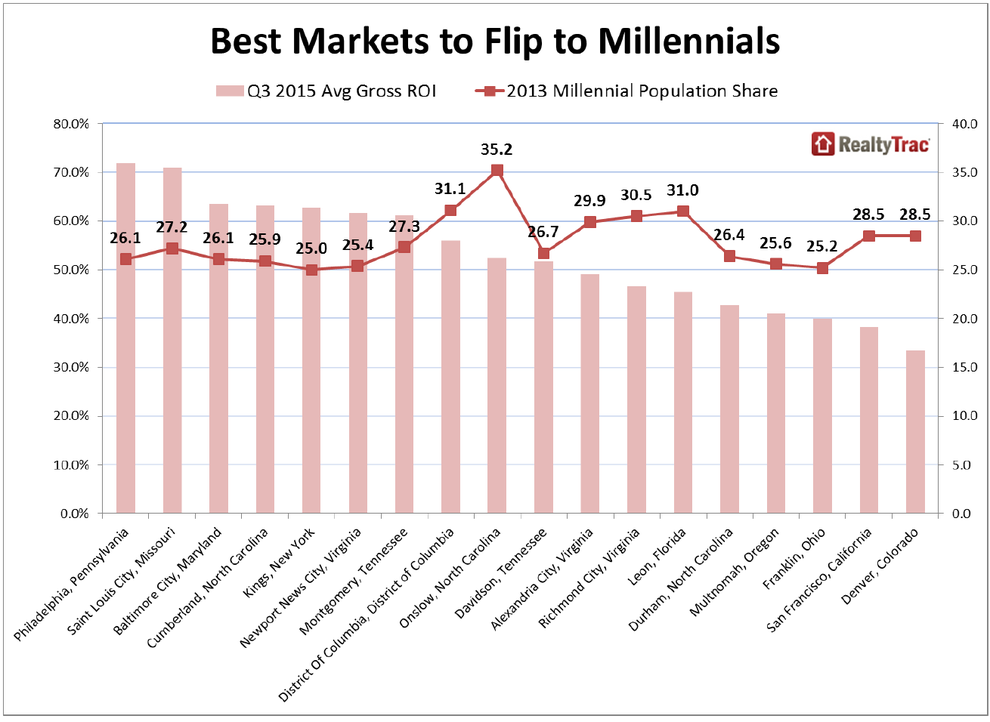