According to CoreLogic's Home Price Index (HPI) for November 2015, U.S. home prices are up both year-over-year and month-over-month.

"Heading into 2016, home price growth remains in its sweet spot as prices have increased between 5 and 6 percent on a year-over-year basis for 16 consecutive months," said Dr. Frank Nothaft, chief economist for CoreLogic. "Regionally we are beginning to see fissures, with slowdowns in some Texas and California markets, but the northwest and southeast remain on solid footing."

"Many factors, including strong demand and tight supply in many markets, are contributing to the long-sustained boom in prices and home equity which is a very good thing for those owning homes," said Anand Nallathambi, president and CEO of CoreLogic. "On the flip side, prices have outstripped incomes for several years in a number of regions so, as we enter 2016, affordability is becoming more of a constraint on sales in some markets." 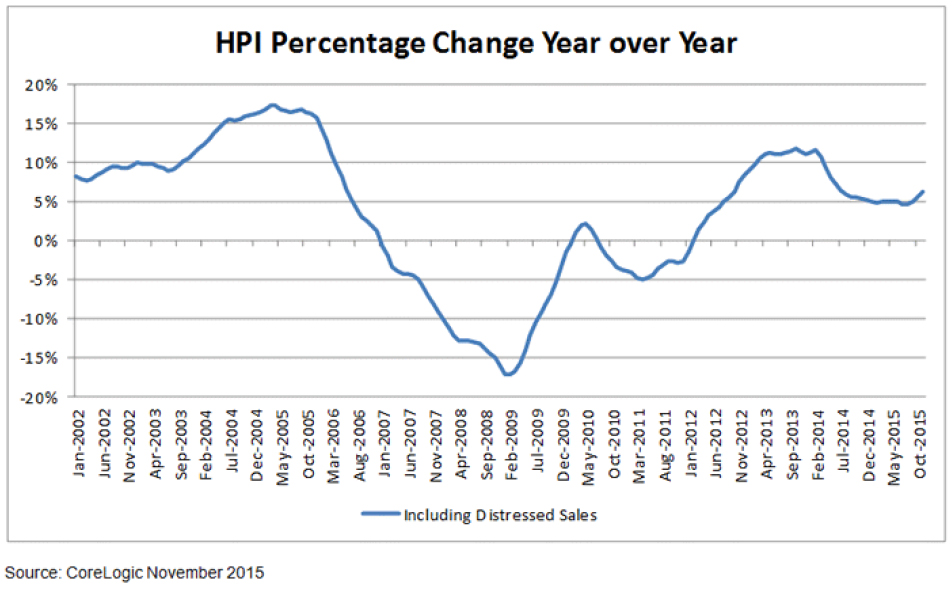