Yet 4 Million Properties Remain in Negative Equity in Q1

According to Irvine, Ca-based CoreLogic, 268,000 U.S. homeowners regained positive equity in Q1 2016, bringing the total number of mortgaged residential properties with equity at the end of Q1 2016 to approximately 46.7 million, or 92 percent of all mortgaged properties. Nationwide, home equity increased year over year by $762 billion in Q1 2016.

Negative equity, often referred to as "underwater" or "upside down," applies to borrowers who owe more on their mortgages than their homes are worth. Negative equity can occur because of a decline in home value, an increase in mortgage debt or a combination of both.

"In just the last four years, equity for homeowners with a mortgage has nearly doubled to $6.9 trillion," said Frank Nothaft, chief economist for CoreLogic. "The rapid increase in home equity reflects the improvement in home prices, dwindling distressed borrowers and increased principal repayment. These are all positive factors that will provide support to both household balance sheets and the overall economy."

"More than 1 million homeowners have escaped the negative equity trap over the past year. We expect this positive trend to continue over the balance of 2016 and into next year as home prices continue to rise," said Anand Nallathambi, president and CEO of CoreLogic. "Nationally, the CoreLogic Home Price Index was up 5.5 percent year over year through the first quarter. If home values rise another 5 percent uniformly across the U.S., the number of underwater borrowers will fall by another one million during the next year." 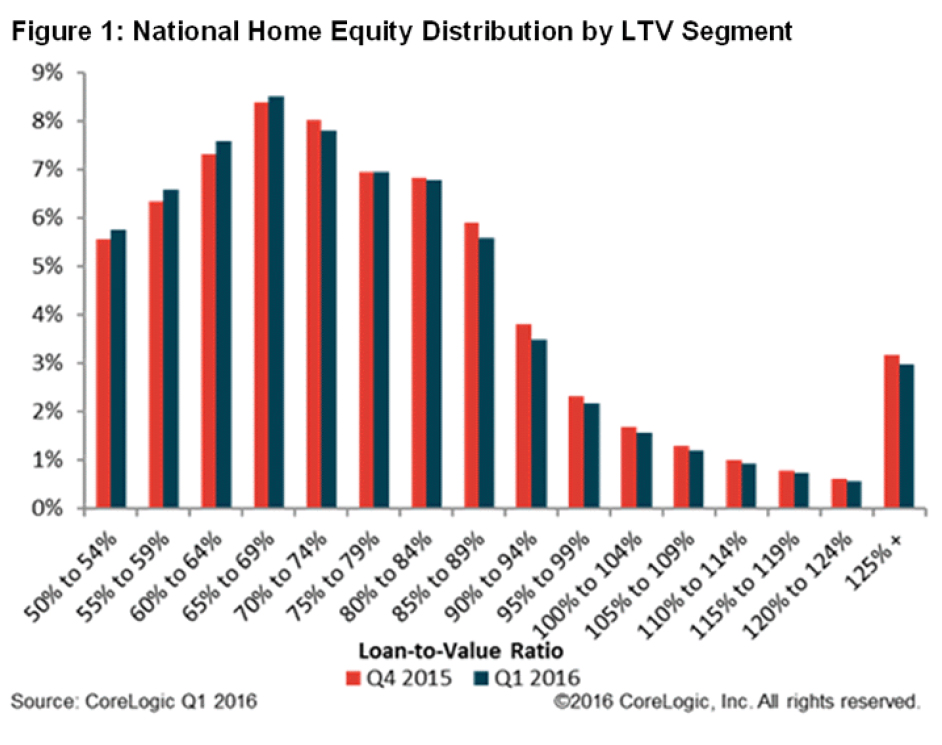 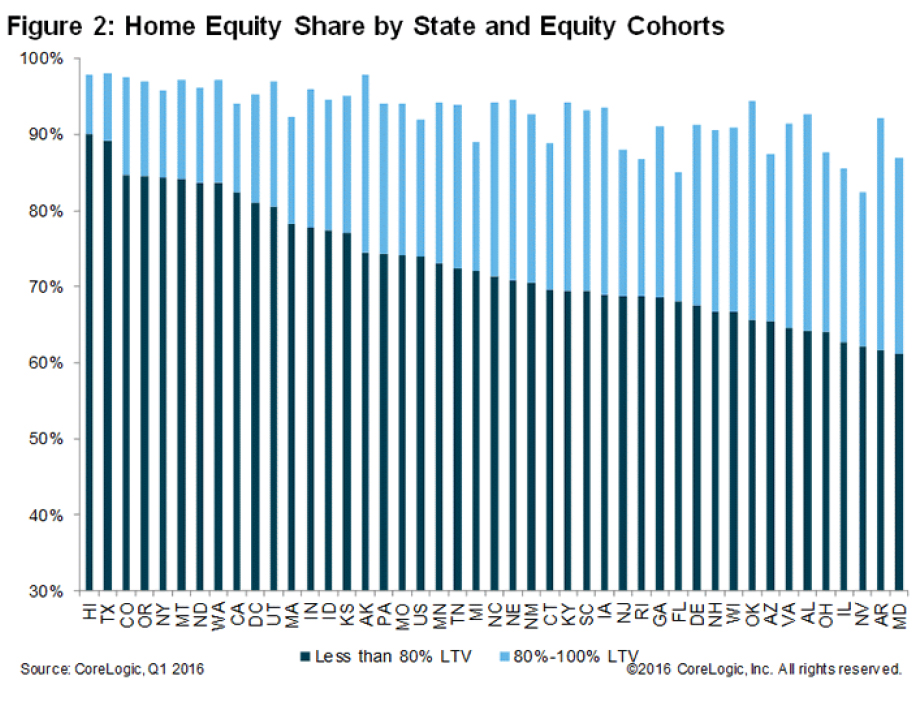 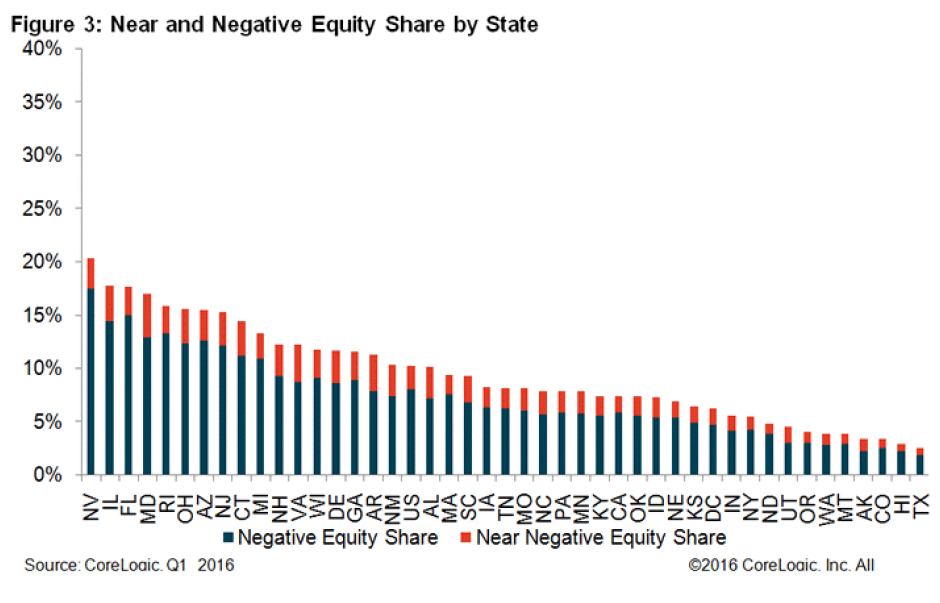 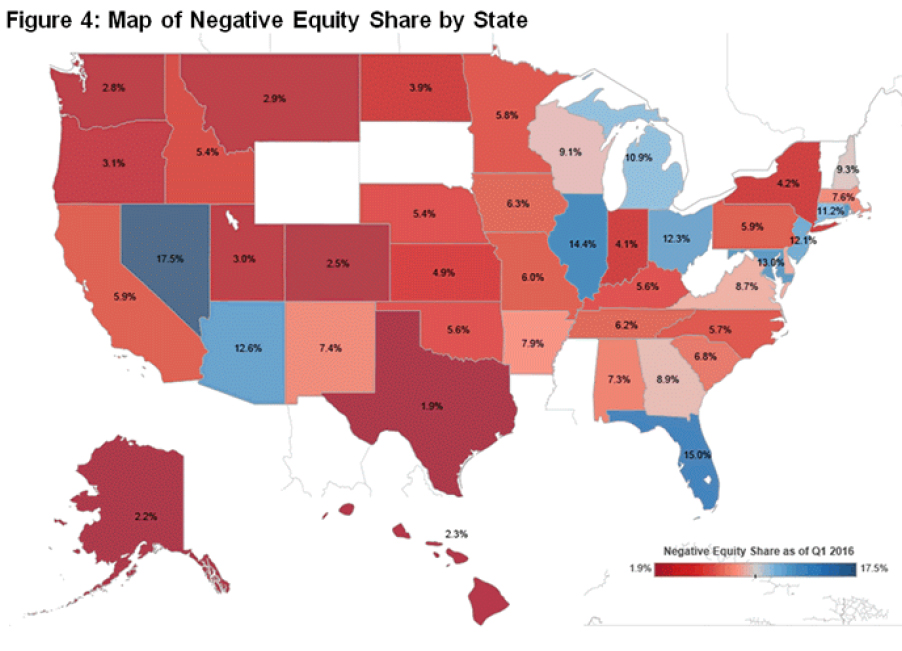