Counties comprising the proposed California state took in 27 percent of the current California's property tax revenue on single family homes in 2017 while accounting for 25 percent of the homes.

Conversely, counties comprising the proposed Southern California state account for 37 percent of the current California's single family homes but took in 32 percent of the total property tax revenue on those homes in 2017. 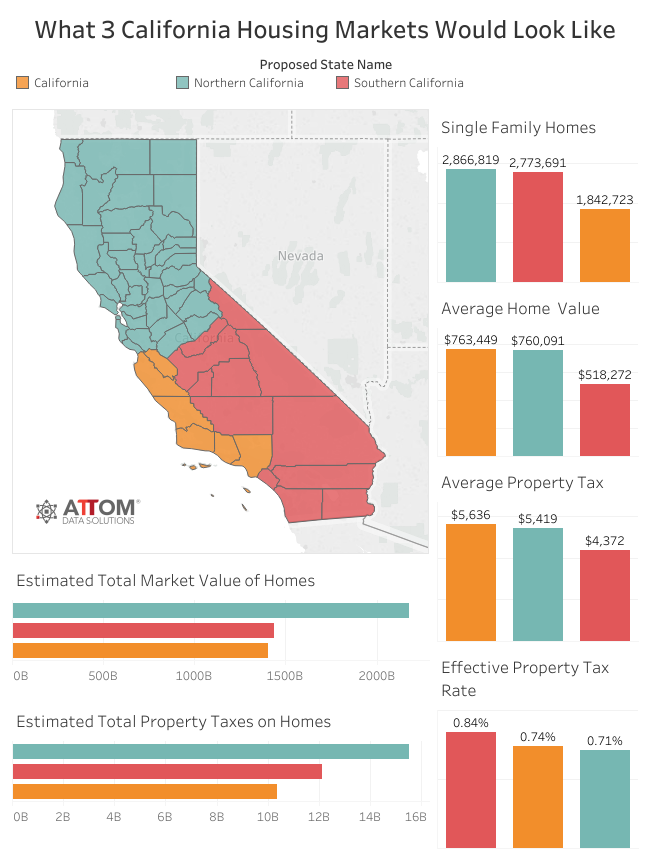 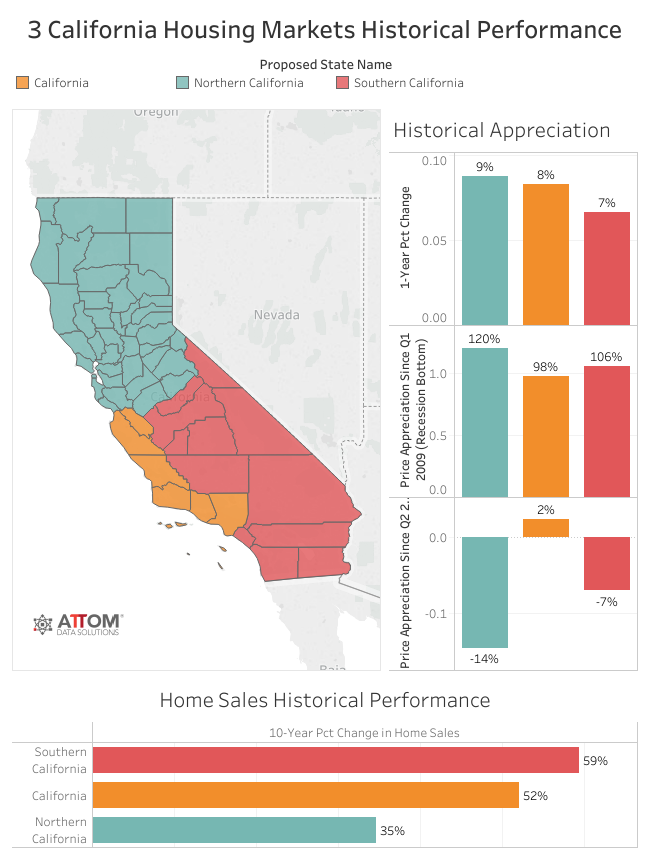 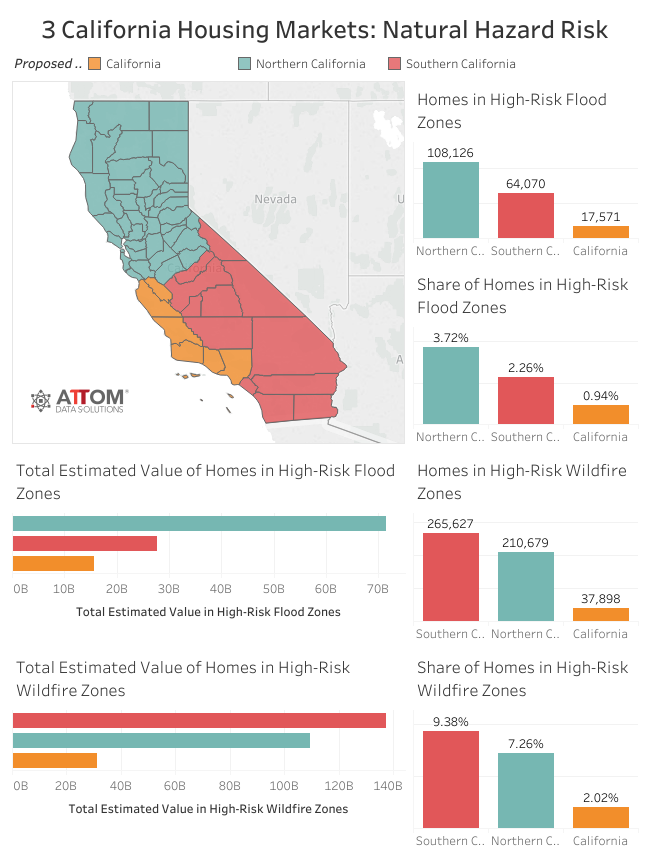