Zombie Properties Dip Below 3 Percent of all U.S. Foreclosures in Q4

The report shows that during the fourth quarter of 2019, about 288,300 homes were in the process of foreclosure, with 8,535, or 2.96 percent sitting empty as "zombie" foreclosures. The percentage of zombie properties is down from 3.2 percent in Q3 2019 and 4.7 percent in Q3 2016, the last comparative foreclosure vacancy report.

"The fourth quarter of 2019 was a repeat of the third quarter when it came to properties abandoned by owners facing foreclosure: the scourge continued to fade. One of the most visible signs of the housing market crash during the Great Recession keeps receding into the past," said Todd Teta, chief product officer with ATTOM Data Solutions. "While pockets of zombie foreclosures remain, neighborhoods throughout the country are confronting fewer and fewer of the empty, decaying properties that were symbolic of the fallout from the housing market crash during the recession." 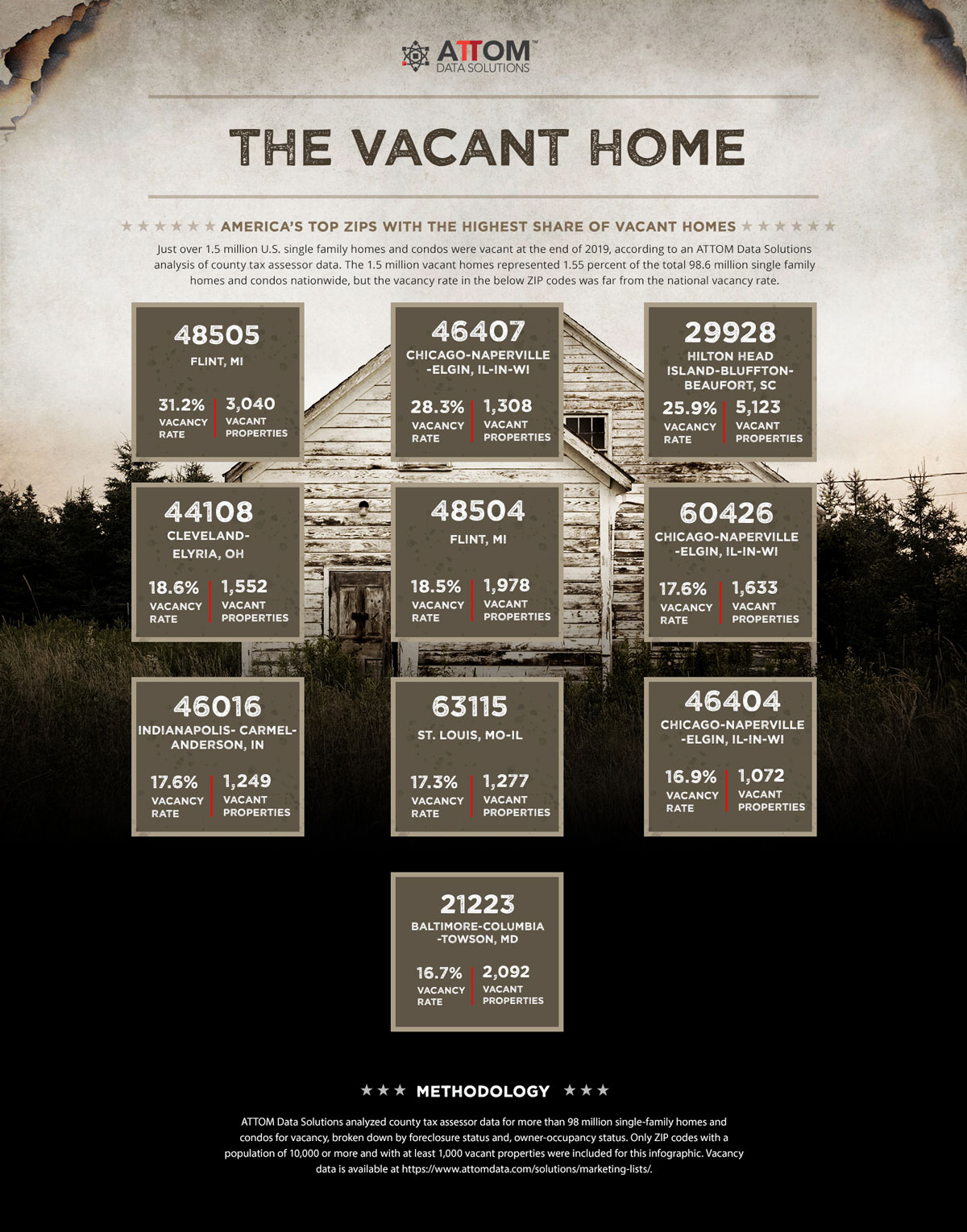