Cash Sales Accounted for 32 Percent of All U.S. Home Sales in May


According to Irvine, Ca based CoreLogic, cash sales made up 31.9 percent of total U.S. home sales in May 2015, down from 35.1 percent in May 2014. The year-over-year share has fallen each month since January 2013, making May 2015 the 29th consecutive month of declines. Month over month, the cash sales share fell by 1.7 percentage points in May 2015 compared with April 2015. Due to seasonality in the housing market, cash sales share comparisons should be made on a year-over-year basis. 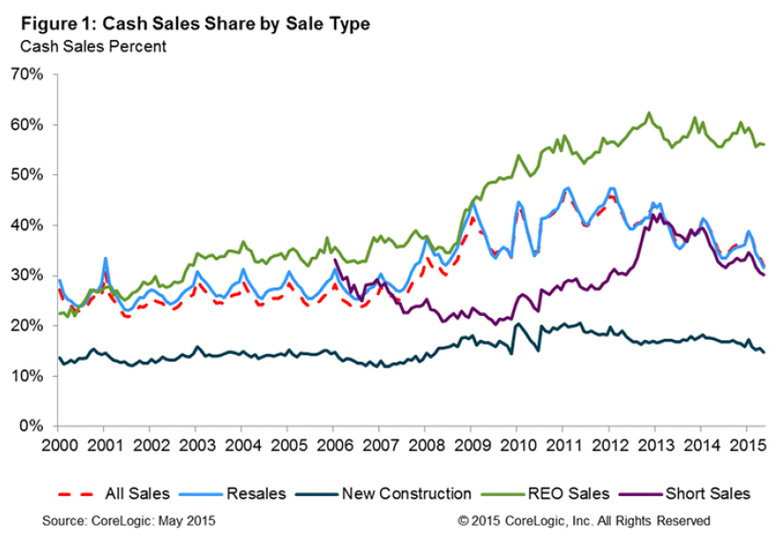 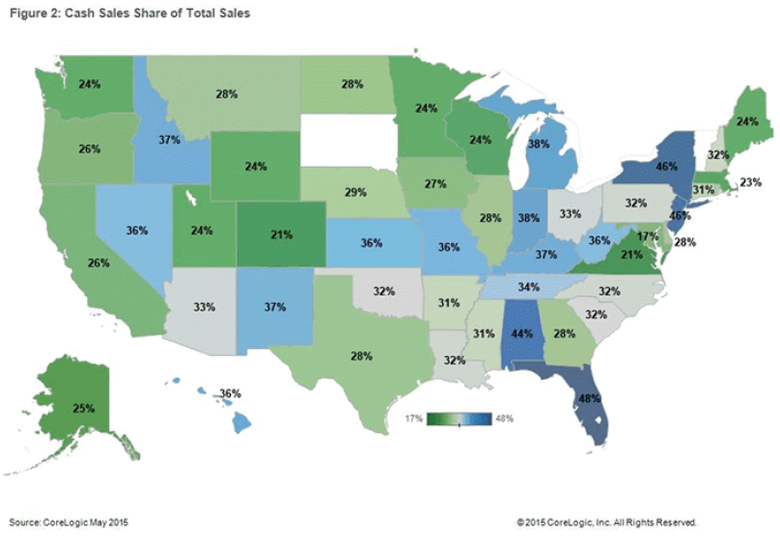