While the percentage of REO sales within the all-cash category remained high, REO transactions accounted for only 4.9 percent of all home sales in June 2016. In January 2011 when the cash sales share was at its peak, REO sales represented 23.9 percent of total home sales. Resales typically make up the majority of home sales, totaling about 84 percent in June 2016, and therefore have the biggest impact on the total cash sales share. 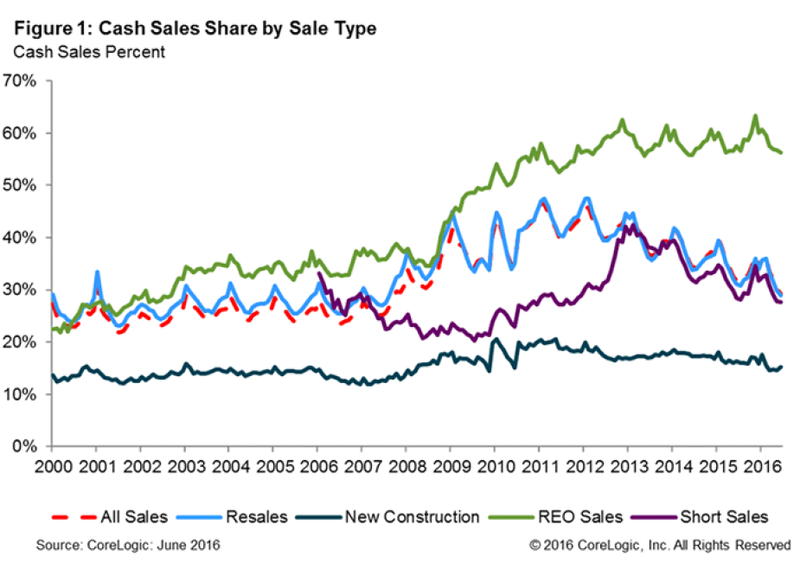 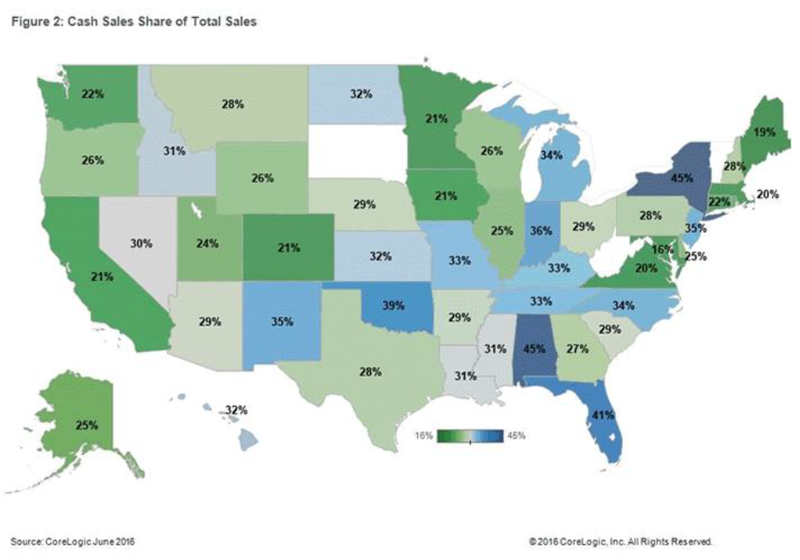