Most of the Largest Metros Experienced Decreases in Distressed Sales Shares 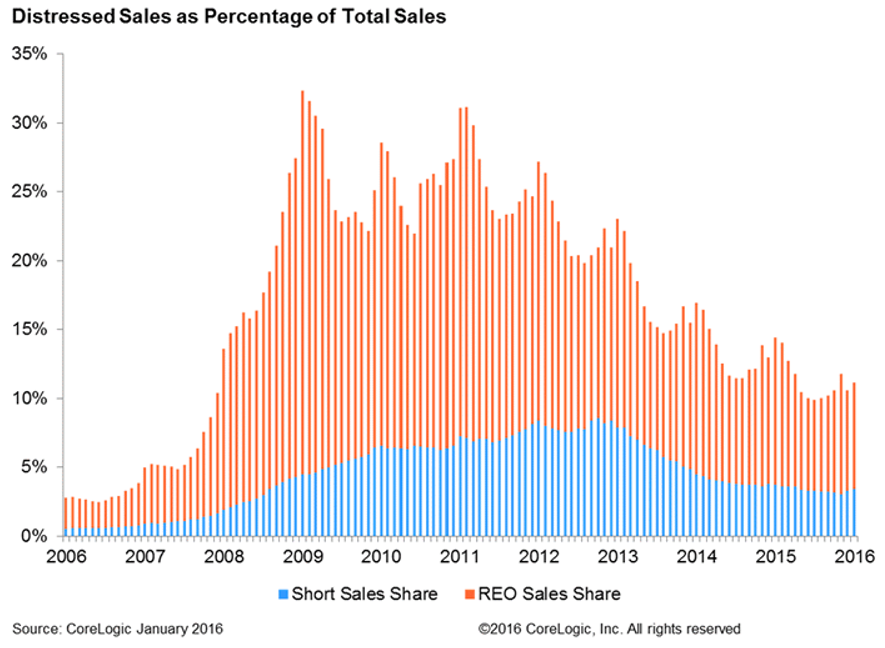