Among the 20 metro areas shown in Table 1 below, and for the tenth consecutive month, Phoenix had the highest year-over-year increase in single-family rents in September 2019 at 6.7 percent (compared to September 2018), followed by Las Vegas at 5.8 percent. Seattle outpaced Tucson, Arizona, as the third-highest metro for rent growth in September with gains of 5.5 percent, while Miami experienced the lowest rent increases of all analyzed metros at 1 percent.

"Low rental supply coupled with ongoing demand pushed up rents in September," said Molly Boesel, principal economist at CoreLogic. "Vacancy rates have fallen moderately on the national level over the last quarter - with a 0.3 percent decrease in the third quarter of 2019 compared to a year earlier - and more significantly in select metro areas. Of the metros analyzed in the CoreLogic Single-Family Rent Index, Phoenix experienced the largest decrease in vacancy rates at 2.6 percent, which helped drive its rent growth to the top of the nation in September." 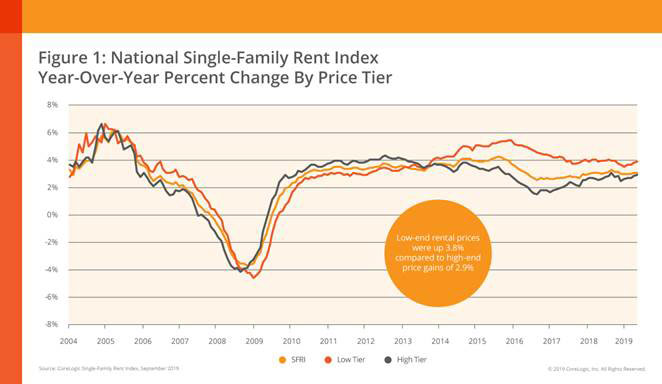 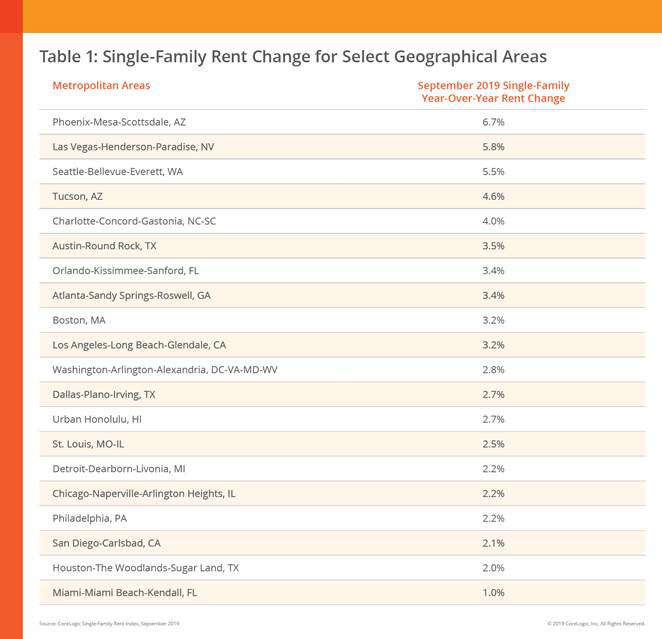 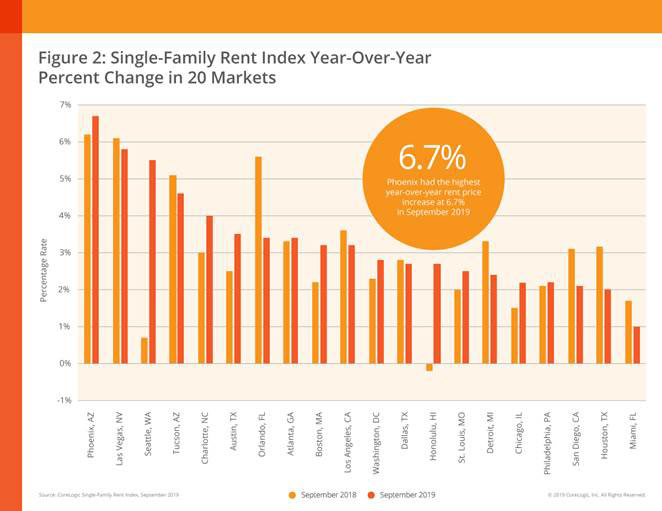