According to a special report by CoreLogic titled "The Role of Housing in the Longest Economic Expansion" -- which analyzes the U.S. housing market's impact on the latest 121-month economic expansion rising from June 2009 through July 2019 - states that U.S. employment rates typically have a positive impact on the housing economy as it can lead to an increase in potential home buyers and a decrease in negative equity (often referred to as being underwater or upside down, meaning borrowers owe more on their mortgages than their homes are worth).


"During the last nine years, the expansion has created more than 20 million jobs, raised family incomes and rebuilt consumer confidence," said Frank Nothaft, chief economist at CoreLogic. "The longest stretch of mortgage rates below 5% in more than 60 years has supplemented these factors. These economic forces have driven a recovery in home sales, construction, prices and home equity wealth."

Housing has long been associated with wealth creation in the United States. Home flipping, or the act of buying a property with the intent to sell it quickly for a profit, is a tactic that some homeowners use to generate profit. Since the last recession, the flipping rate has increased significantly: the two-year flip rate reached its highest point in the first quarter of 2018 at 11.4%, up from its lowest level (4.9%) in the third quarter of 2010. (Figure 4)

Home prices began falling just before the start of the recession and continued to decline at a more rapid pace throughout 2008 and 2009. However, from June 2009 through May 2019, home prices and rents have continued to grow. Through May 2019, home prices increased a cumulative 50% and single-family rents increased 33% in the United States. In the first quarter of 2019, 1.1 million new owners joined the housing economy, while the number of renters increased by 458,000. (Figure 3)

With increasing home prices after the recession, many first-time buyers delayed homeownership, choosing to rent for longer. However, in 2018, millennial buyers - those born from 1981 to 1996 - reversed this trend by becoming the largest cohort for finance-home purchases, accounting for 44% of home-purchase mortgage applications. These millennial buyers are looking for affordability and not buying in the typical coastal cities seen in the past.

According to CoreLogic Market Condition Indicators (MCI), in May 2019, four of the top 10 metros for millennial buyers were undervalued (Pittsburgh; Rochester, New York; Wichita, Kansas and Grand Rapids, Michigan), five metros were at value(Buffalo, New York; Milwaukee; Albany, New York; Provo, Utah and Des Moines, Iowa) and one metro was overvalued (Salt Lake City). Metros in California had the lowest percentage of millennials applying for a mortgage.

Despite an unemployment rate near a 50-year low, inflation rates below the Federal Reserve Board's 2% target and strong GDP growth (3.1%) in the first quarter of 2019, concerns of a looming recession have been rising. The report explores recent recession indicators and looks at how the housing economy could weather the next dip. 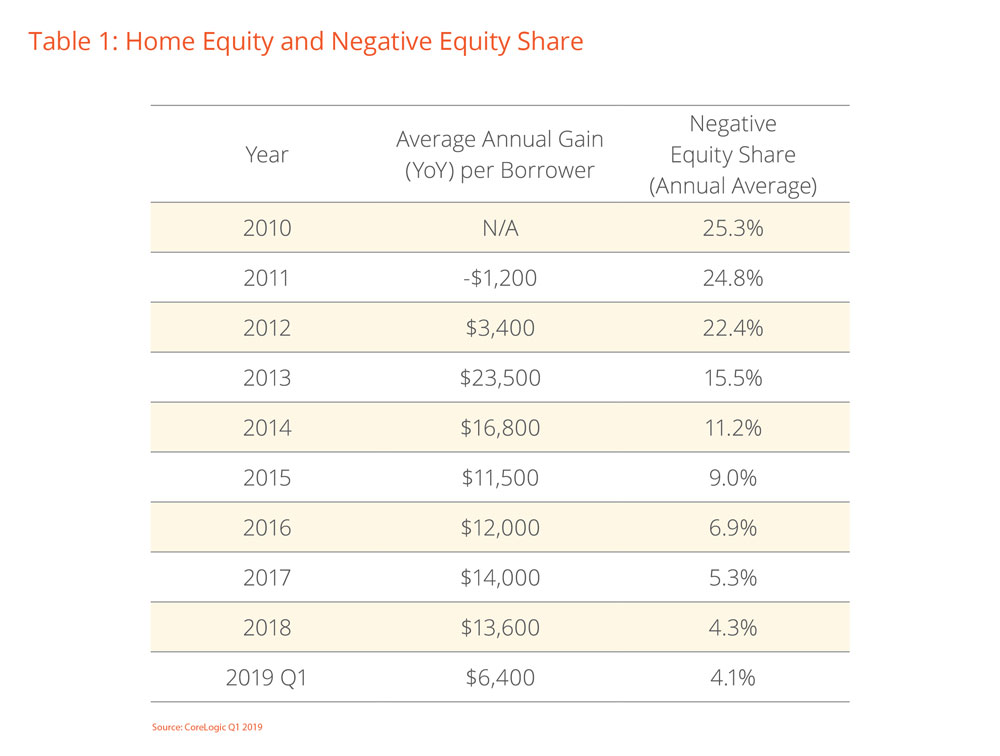 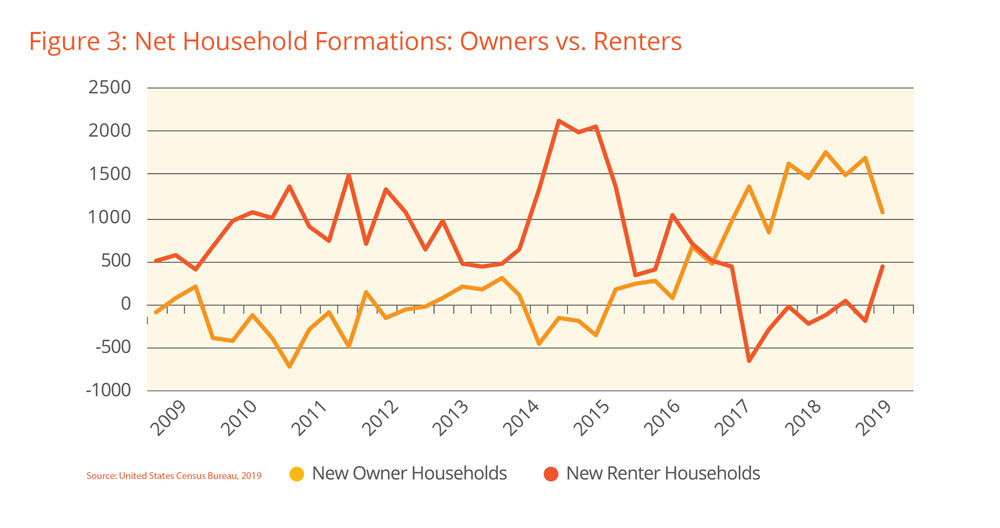