Irvine, Ca-based CoreLogic also reports that the number of mortgages in serious delinquency (defined as 90 days or more past due, including those loans in foreclosure or REO) declined by 19.7 percent from October 2014 to October 2015 with 1.3 million mortgages, or 3.4 percent, in this category. This is the lowest serious delinquency rate since December 2007.

"We are heading into 2016 with the lowest foreclosure inventory in eight years thanks to escalating home values and progressive improvement in the U.S. economy. A large proportion of the remaining foreclosure inventory is clustered in New York, New Jersey and Florida," said Anand Nallathambi, president and CEO of CoreLogic. "Equally encouraging is the drop in mortgage delinquency rates reflecting the stronger labor market and tighter underwriting since 2009." 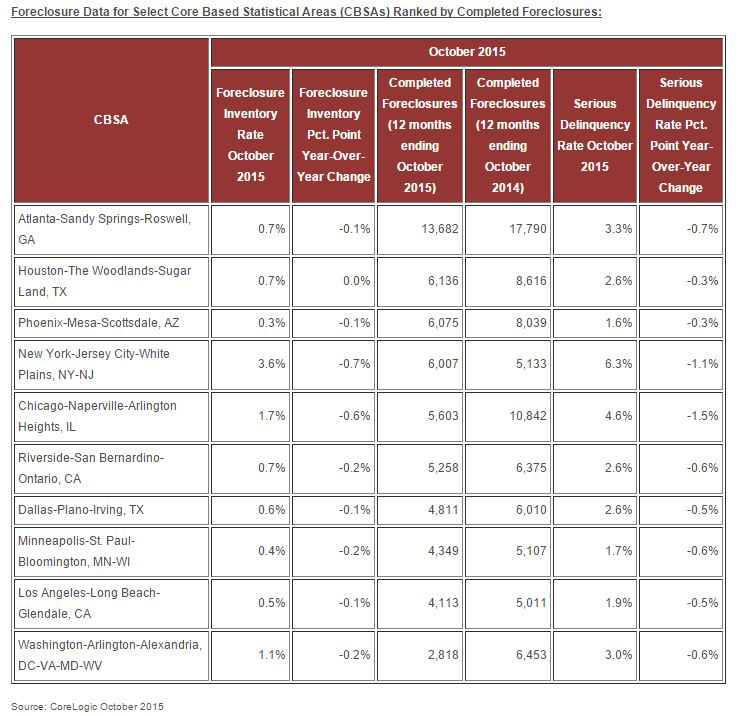