CoreLogic also reports that the number of mortgages in serious delinquency (defined as 90 days or more past due including loans in foreclosure or REO) declined by 20.6 percent from August 2015 to August 2016, with 1.1 million mortgages, or 2.8 percent, the lowest level since September 2007. The decline was geographically broad with decreases in serious delinquency in 48 states and the District of Columbia.

"Foreclosure inventory fell by 30 percent from the previous year, the largest year-over-year decline since January 2015," said Dr. Frank Nothaft, chief economist for CoreLogic. "The large decline in the distressed inventory has been one of the drivers of steady home price growth which helps Americans increase their home equity to support increased spending or cushion future economic risk."

"Foreclosure rates and serious delinquency continued to trend down in August as real estate markets across many parts of the U.S. exhibit strong demand growth and rising prices," said Anand Nallathambi, president and CEO of CoreLogic. "With the foreclosure inventory now under 1 percent nationally, the need to boost single-family housing stocks through new construction will become more acute in the coming months and years." 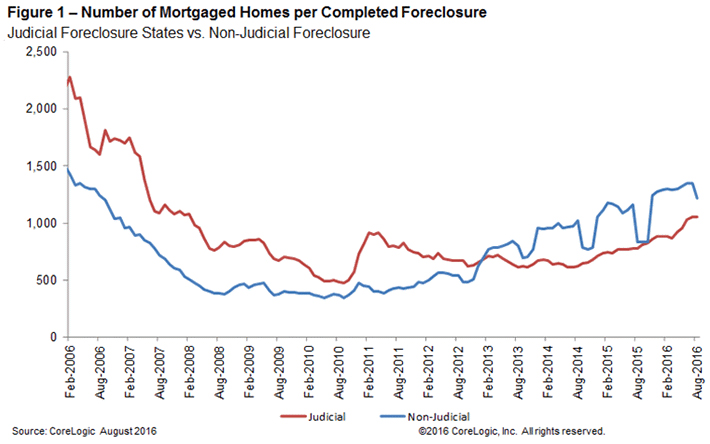 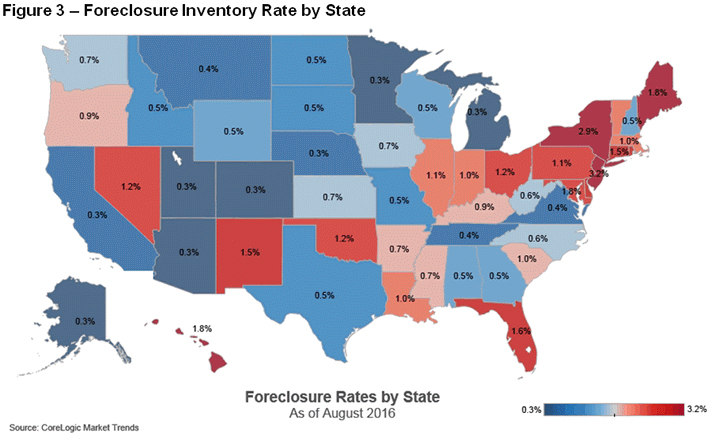