CoreLogic also reports that the number of mortgages in serious delinquency (defined as 90 days or more past due including loans in foreclosure or REO) declined by 21.6 percent from April 2015 to April 2016, with 1.1 million mortgages, or 3 percent, in this category. The April 2016 serious delinquency rate is the lowest in more than eight years, since October 2007.

"The recovery in home prices and improved labor market have contributed to the drop in seriously delinquent rates," said Dr. Frank Nothaft, chief economist for CoreLogic. "Over the 12 months through April, the CoreLogic Home Price Index for the U.S. rose 6.2 percent and the labor market gained 2.6 million jobs. We also found that the seriously delinquent rate fell by about three-quarters of a percentage point."

"The number of homeowners who have negative equity has fallen by two-thirds since its 2010 peak, and the number of borrowers in foreclosure proceedings has also continued to drop," said Anand Nallathambi, president and CEO of CoreLogic. "Despite this progress, about four million homeowners remained underwater at the end of the first quarter, and these borrowers are more vulnerable to foreclosure proceedings if they should fall delinquent." 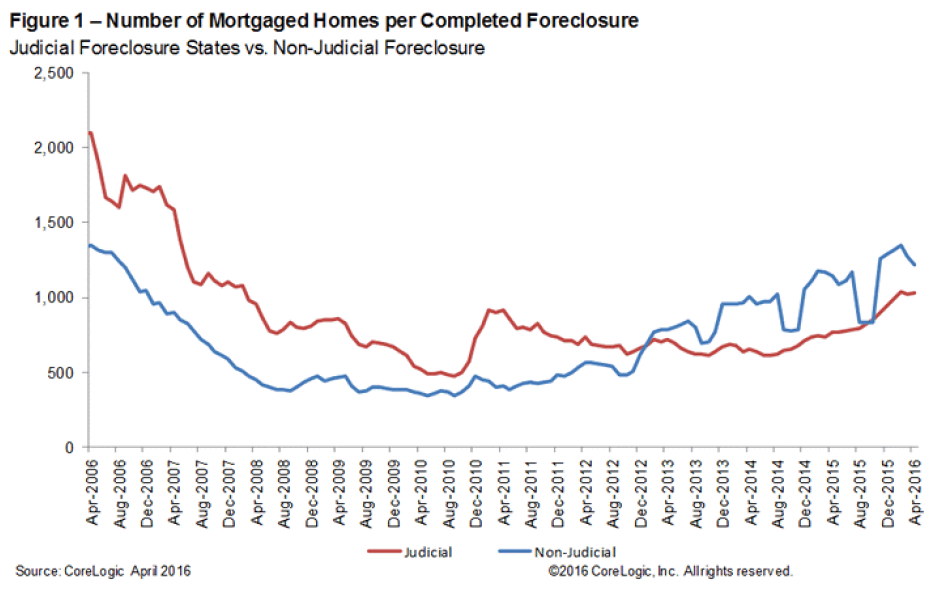 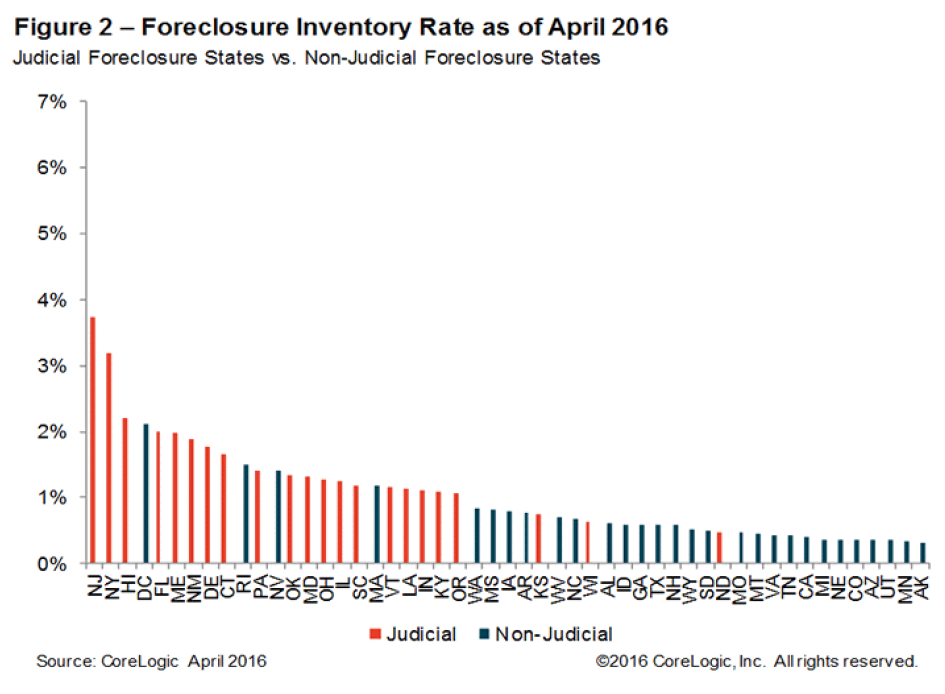 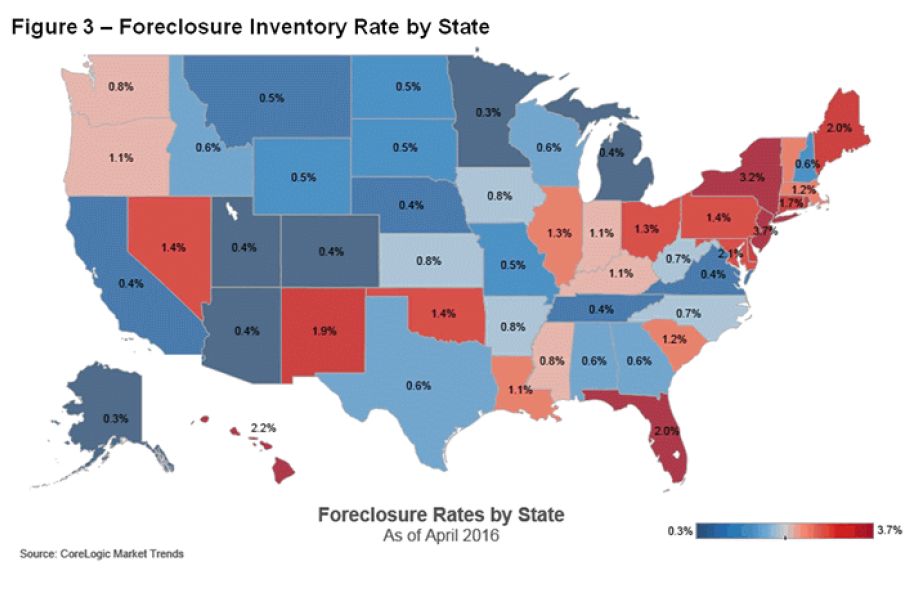