According to CoreLogic's latest Home Price Index for December 2016, U.S. home prices are up both year over year and month over month.

"As of the end of 2016, the CoreLogic national index was 3.9 percent below the peak reached in April 2006," said Dr. Frank Nothaft, chief economist for CoreLogic. "We expect our national index to rise 4.7 percent during 2017, which would put homes prices at a new nominal peak before the end of this year."

"Last year ended with a bang with home prices up over 7 percent nationally, led largely by major metro areas," said Anand Nallathambi, president and CEO of CoreLogic. "We expect prices to continue to rise just under 5 percent in 2017 buoyed by lack of supply and continued high demand." 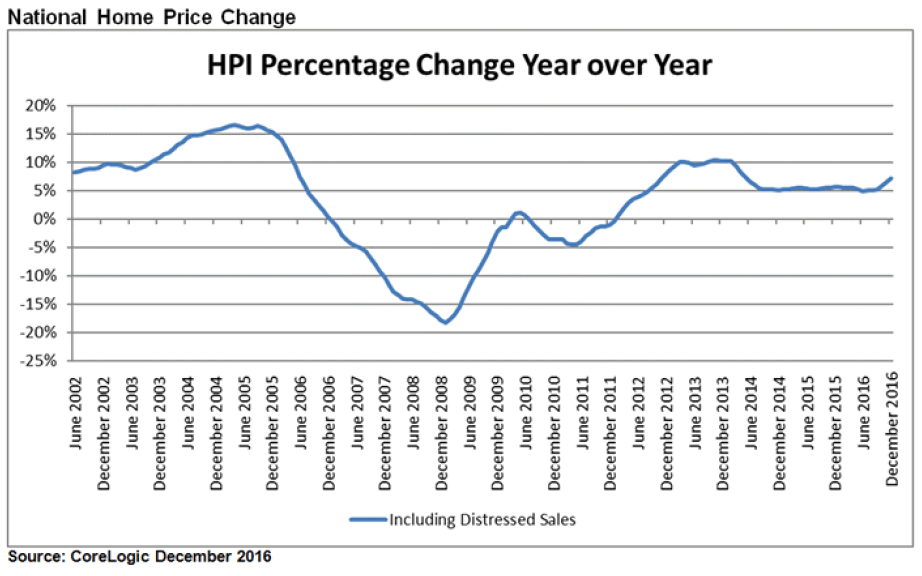