Irvine, Ca-based CoreLogic is reporting this week that 548,000 U.S. homeowners regained equity in Q2 2016 compared with the previous quarter, increasing the percentage of homes with positive equity to 92.9 percent of all mortgaged properties, or approximately 47.2 million homes. Nationwide, home equity grew year over year by $646 billion, representing an increase of 9.9 percent in Q2 2016 compared with Q2 2015.

Negative equity, often referred to as "underwater" or "upside down," applies to borrowers who owe more on their mortgages than their homes are worth. Negative equity can occur because of a decline in home value, an increase in mortgage debt or a combination of both.

"Home-value gains have played a large part in restoring home equity," said Dr. Frank Nothaft, chief economist for CoreLogic. "The CoreLogic Home Price Index for the U.S. recorded 5.2 percent growth in the year through June, an important reason that the number of owners with negative equity fell by 850,000 in the second quarter from a year earlier."

"We see home prices rising another 5 percent in the coming year based on the latest projected national CoreLogic Home Price Index," said Anand Nallathambi, president and CEO of CoreLogic. "Assuming this growth is uniform across the U.S., that should release an additional 700,000 homeowners from the scourge of negative equity." 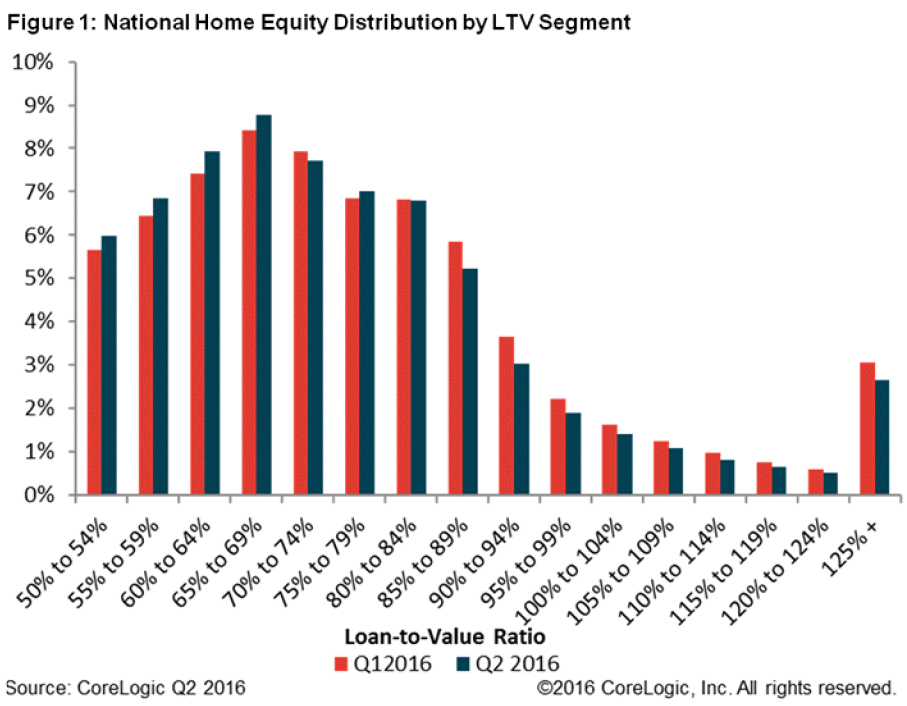 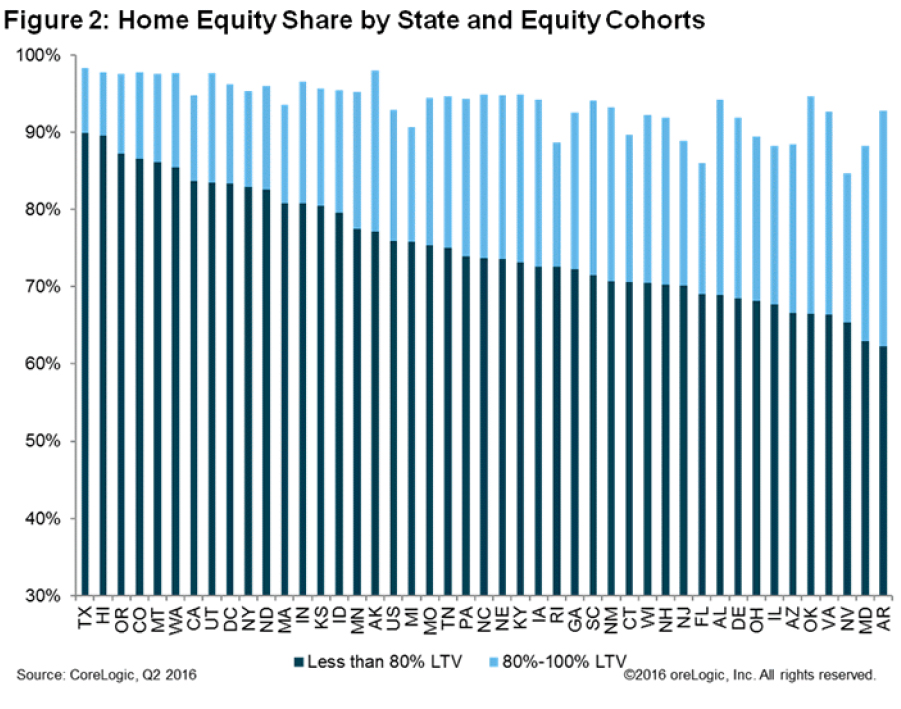 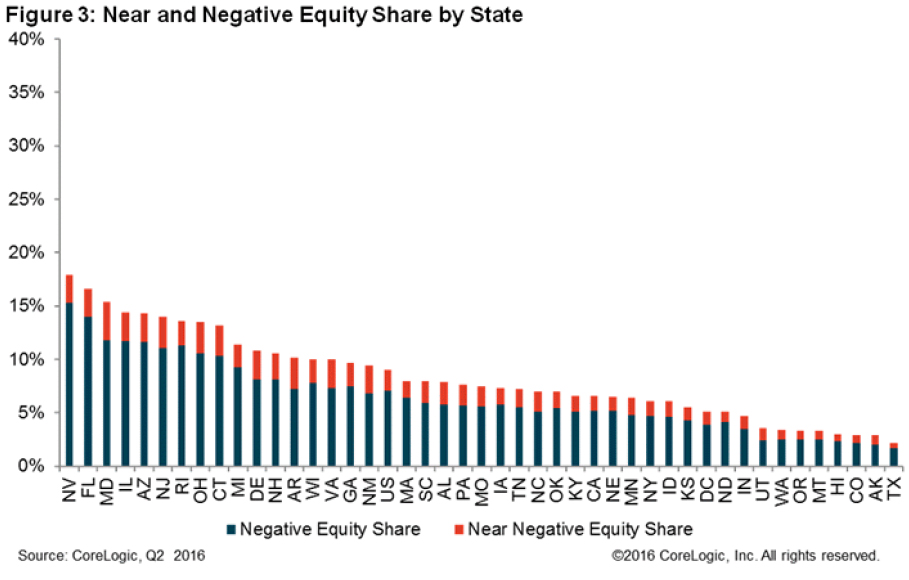 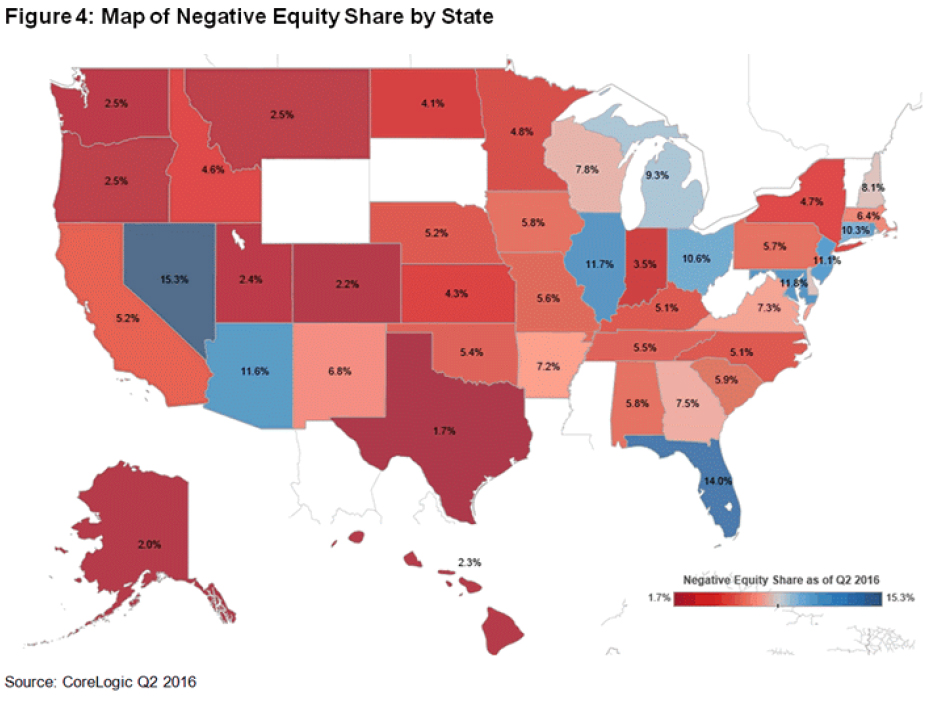