Five Percent of U.S. Homeowners Behind On Mortgage Payments

According to CoreLogic's latest monthly Loan Performance Insights Report, 5 percent of U.S. mortgages were delinquent by 30 days or more (including those in foreclosure) in February 2017. This represents a 0.5 percentage point decline in the overall delinquency rate compared with February 2016 when it was 5.5 percent.

Measuring early-stage delinquency rates is important for analyzing the health of the mortgage market. To more comprehensively monitor mortgage performance, CoreLogic examines all stages of delinquency as well as transition rates that indicate the percent of mortgages moving from one stage of delinquency to the next.

Since early-stage delinquencies can be volatile, CoreLogic also analyzes transition rates. The share of mortgages that transitioned from current to 30-days past due was 1 percent in February 2017, up from 0.8 percent in February 2016. By comparison, in January 2007, just before the start of the financial crisis, the current to 30-day transition rate was 1.2 percent and it peaked in November 2008 at 2 percent.

"Serious delinquency and foreclosure rates continue to drift lower, and are at their lowest levels since the fourth quarter of 2007," said Dr. Frank Nothaft, chief economist for CoreLogic. "Moreover, the past-due share dropped to 5 percent, the lowest since September 2007. However, current-to-30-day past-due transition rates ticked up in February, and 30-day-to-60 day delinquency rates held mostly steady, recording only a 0.06 percent increase." 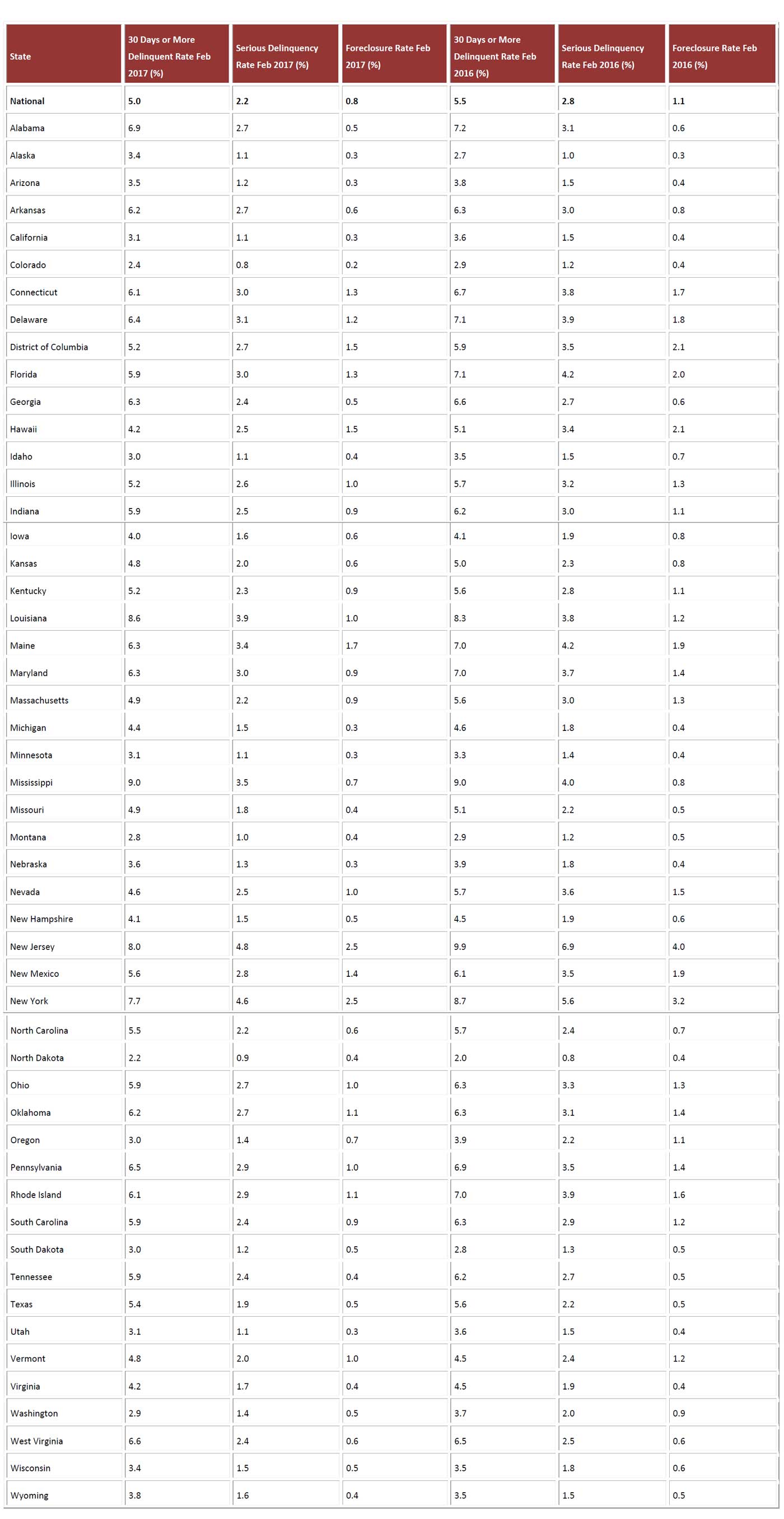