According to new research conducted for Irvine, Ca-based loanDepot -- with the U.S. presidential elections fast approaching -- one in five Americans (21%) say a candidate's housing and finance policies will influence their vote.

Nearly two out of five (36%) also think the presidential candidates are doing a bad job of articulating their housing and finance policies, and 35 percent would like to hear more from the candidates on these topics. Among those interested in hearing more, 56 percent are Democrats, 39 percent are Republicans, and 29 percent are Millennials. 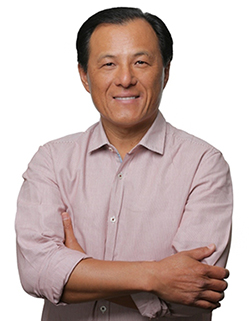 Americans also weighed in on their economic and housing priorities for the 45th president's first 100 days, electing to keep housing more affordable and interest rates low. Making homeownership more affordable for middle and lower income families topped the list with 37 percent of Americans, including 32 percent who are Millennials, 64 percent who are Democrat and 32 percent who are Republican. Keeping interest rates low (34%) and making more credit available to small businesses (11%) are second and third priorities. There was bi-partisan agreement on keeping interest rates low during the next president's first 100 days with Democrats and Republicans at 47 percent and 49 percent respectively.

"People across the nation told us they want to hear more from the presidential candidates about their housing and financial policies on issues like income, access to credit, interest rates and affordable housing," said loanDepot Chairman and CEO, Anthony Hsieh. "The candidate who does a good job in communicating their policies moving forward has an opportunity to influence millions of potential voters." 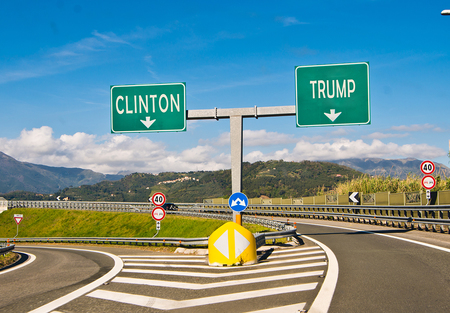 Most Americans expect their financial situations to stay the same or get worse as a result of the upcoming presidential election, which could be due to a lack of information from candidates about these key policies. While the majority of likely voters (66%) don't expect the election will impact their personal finances, nearly one quarter (24%) think they'll be worse off financially. Of those who expect be worse off, 56 percent say the candidates have done a bad job of articulating their housing and financial policies. More Democrats (50%) expect to be worse off financially as a result of the elections than Republicans (44%). Only six percent of all voters expect to be better off as a result of the general November election.

Millennials May Miss Out

With Millennials now outnumbering baby boomers as the nation's largest living generation of consumers, their entrance into homeownership has been anticipated as a welcome boost to home sales, especially starter homes. However, while 38 percent of home loans closed by Millennials in April 2016 were FHA loans, the survey revealed many are still discouraged about their incomes and the election's impact on their access to credit. In fact, more than one third (36%) of Millennials say their primary financial concern is not making enough money, and 46 percent are concerned about how the elections will impact their ability to access credit. Two out of five (40%) Millennials said making homeownership more affordable to middle- and low-income Americans should be a priority for the next president's first 100 days.

"As more Millennials enter the housing market, we expect to see a higher priority placed on better borrowing options for first-time homebuyers," said Hsieh. "loanDepot is one of the five largest FHA lenders in the country and we remain focused on helping borrowers, including Millennials, access the credit they need to finance home purchases."

The loanDepot research found perceptions on financial trends sometimes don't match reality. For example, 38 percent of Americans said they think it's harder to get home loan today than it was immediately after the financial crisis in 2008. In fact, while guidelines have tightened since 2008, applications for purchase mortgages were more likely to be denied in 2008 than in 2014, the most recent year for which Federal Reserve data is available. Denial rates for home purchase loan applications hit 18 percent in 2008, while denials in 2014 topped out at 13 percent. Denial rates for home refinance applications in 2008 were 38 percent and dropped to 31 percent in 2014. 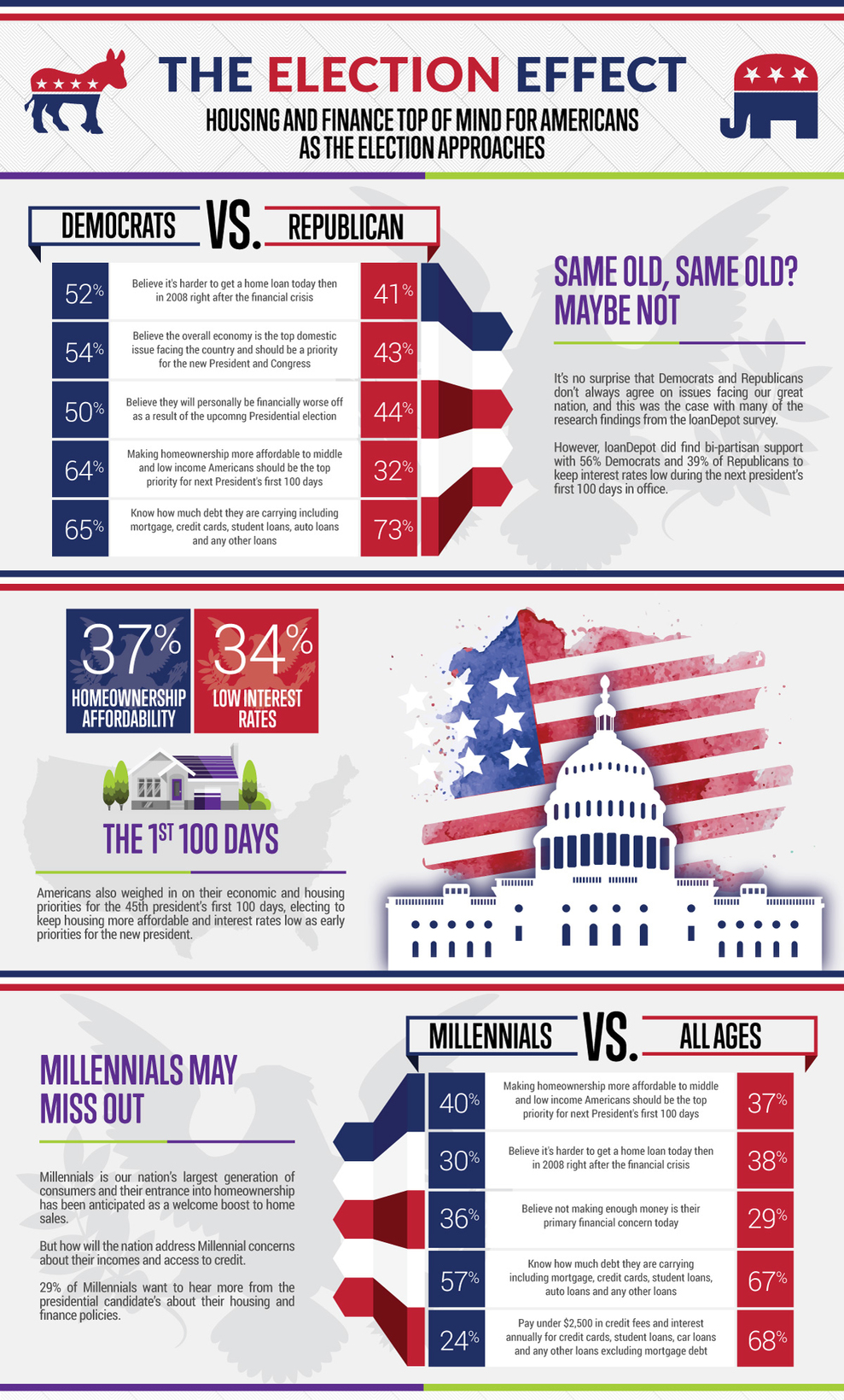