According to CoreLogic, U.S. homeowners with mortgages (roughly 63 percent of all U.S. homeowners) saw their equity increase by a total of $783 billion in 2016, an increase of 11.7 percent. Additionally, just over 1 million borrowers moved out of negative equity during 2016, increasing the percentage of homeowners with positive equity to 93.8 percent of all mortgaged properties, or approximately 48 million homes.

Negative equity, often referred to as being "underwater" or "upside down," applies to borrowers who owe more on their mortgages than their homes are worth. Negative equity can occur because of a decline in home value, an increase in mortgage debt or both.

Negative equity peaked at 26 percent of mortgaged residential properties in Q4 2009 based on CoreLogic equity data analysis, which began in Q3 2009.

"Average home equity rose by $13,700 for U.S. homeowners during 2016," said Dr. Frank Nothaft, chief economist for CoreLogic. "The equity build-up has been supported by home-price growth and paydown of principal. The CoreLogic Home Price Index for the U.S. rose 6.3 percent over the year ending December 2016. Further, about one-fourth of all outstanding mortgages have a term of 20 years or less, which amortize more quickly than 30-year loans and contribute to faster equity accumulation."

"Home equity gains were strongest in faster-appreciating and higher-priced home markets," said Frank Martell, president and CEO of CoreLogic. "The states with the largest home-price appreciation last year, according to the CoreLogic Home Price Index, were Washington and Oregon at 10.2 percent and 10.3 percent, respectively, with average homeowner equity gains of $31,000 and $27,000, respectively. This is double the pace for the U.S. as a whole. And while statewide home-price appreciation was slower in California at 5.8 percent, the high price of housing there led to California homeowners gaining an average of $26,000 in home equity wealth last year." 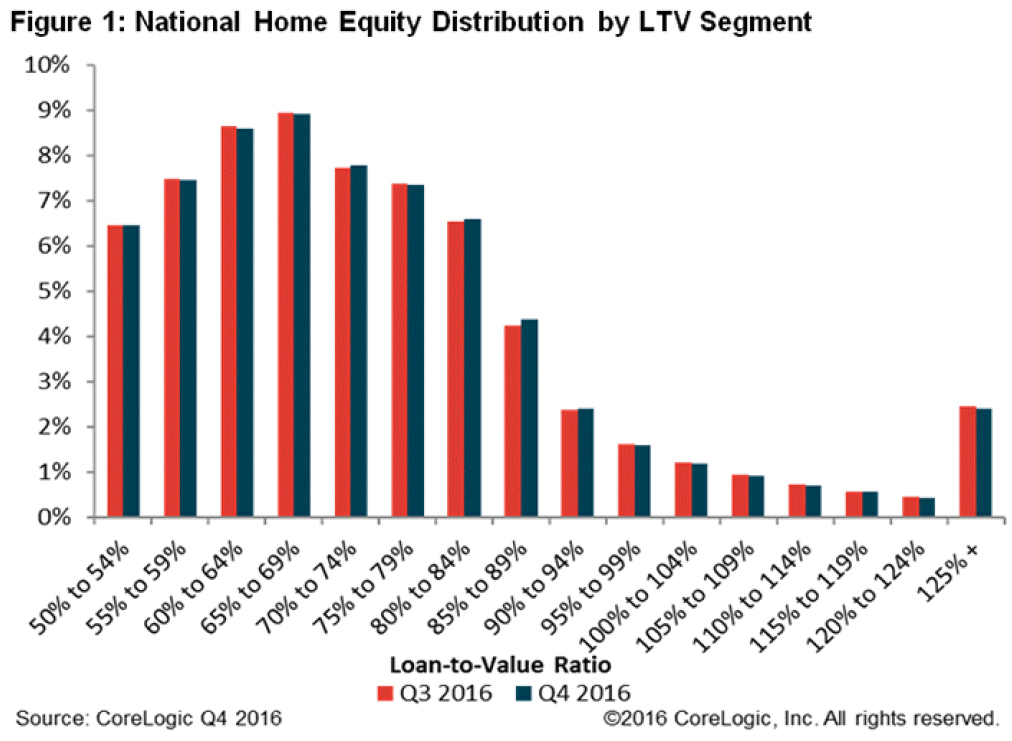 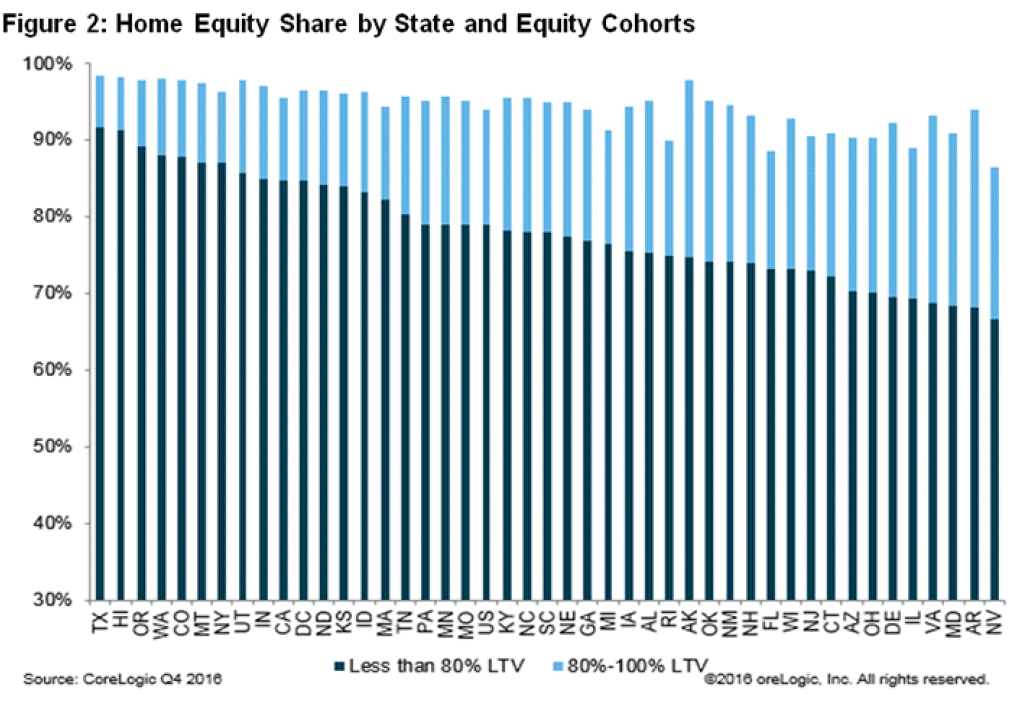 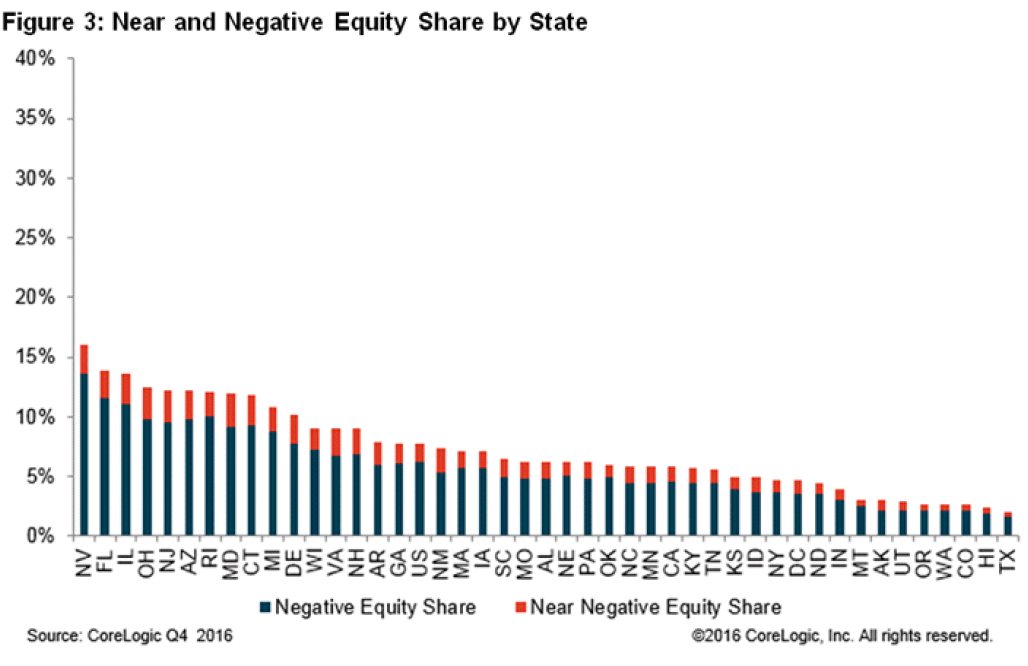 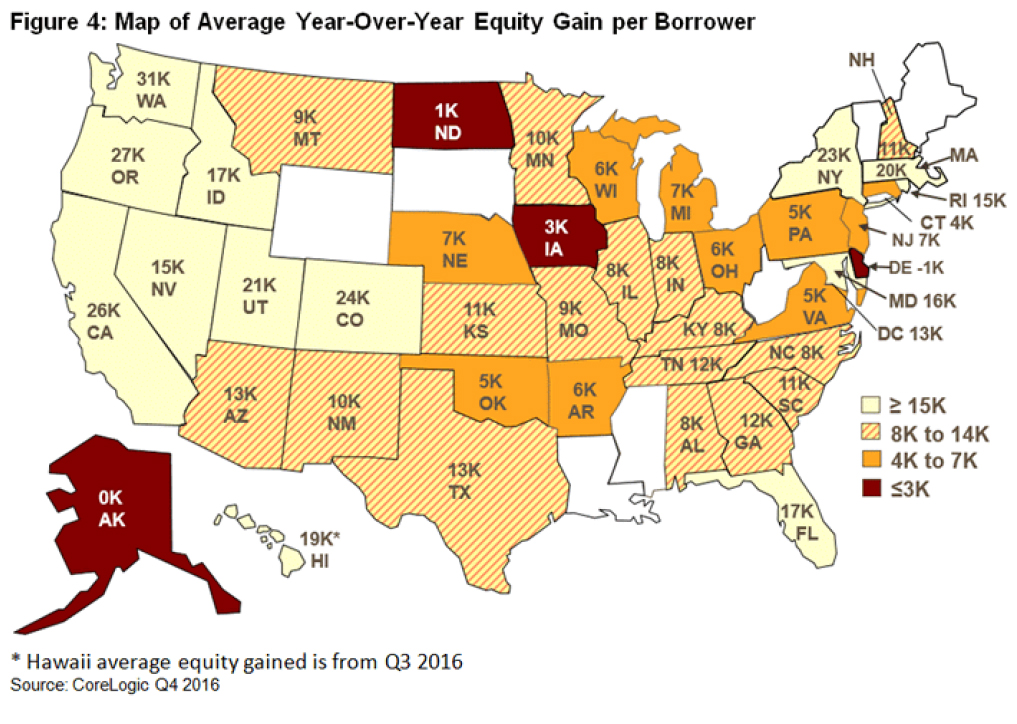