Foreclosures increase in all 50 States in early 2022

According to ATTOM's newly released Q1 2022 U.S. Foreclosure Market Report, there were 78,271 U.S. properties with a foreclosure filing during the first quarter of 2022, up 39 percent from the previous quarter and up 132 percent from a year ago.

The report also shows a total of 33,333 U.S. properties with foreclosure filings in March 2022, up 29 percent from the previous month and up 181 percent from a year ago -- the 11th consecutive month with a year-over-year increase in U.S. foreclosure activity.

"Foreclosure activity has continued to gradually return to normal levels since the expiration of the government's moratorium, and the CFPB's enhanced mortgage servicing guidelines," said Rick Sharga, executive vice president of market intelligence for ATTOM. "But even with the large year-over-year increase in foreclosure starts and bank repossessions, foreclosure activity is still only running at about 57% of where it was in Q1 2020, the last quarter before the government enacted consumer protection programs due to the pandemic."

Foreclosure starts increase in all 50 states

Other major metros with a population of at least 1 million and foreclosure rates in the top 20 highest nationwide, included Cleveland, Ohio at No.1, Chicago, Illinois at No. 6, Detroit, Michigan at No. 10, Las Vegas, Nevada at No. 13, and Jacksonville, Florida at No. 16.

Properties foreclosed in Q1 2022 had been in the foreclosure process an average of 917 days, down slightly from 941 days in the previous quarter and down 1 percent from 930 days in Q1 2021.

"March foreclosure activity was at its highest level in exactly two years - since March 2020, when there were almost 47,000 foreclosure filings across the country," Sharga added. "It's likely that we'll continue to see significant month-over-month and year-over-year growth through the second quarter of 2022, but still won't reach historically normal levels of foreclosures until the end of the year at the earliest, unless the U.S. economy takes a significant turn for the worse." 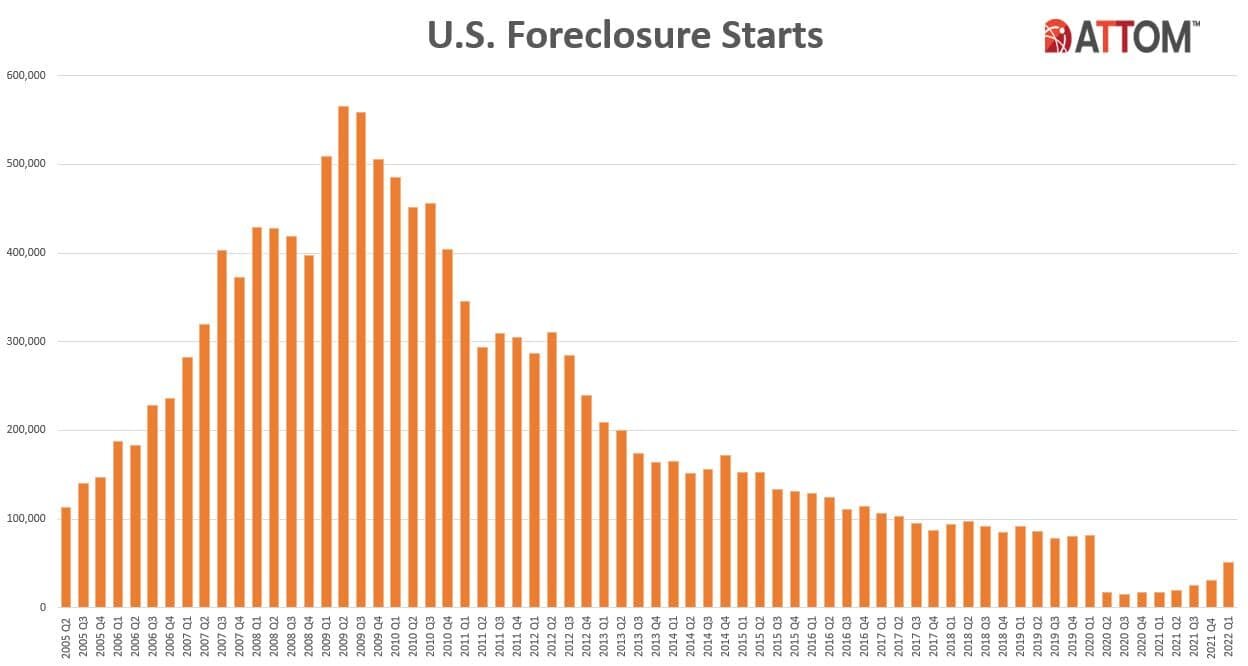 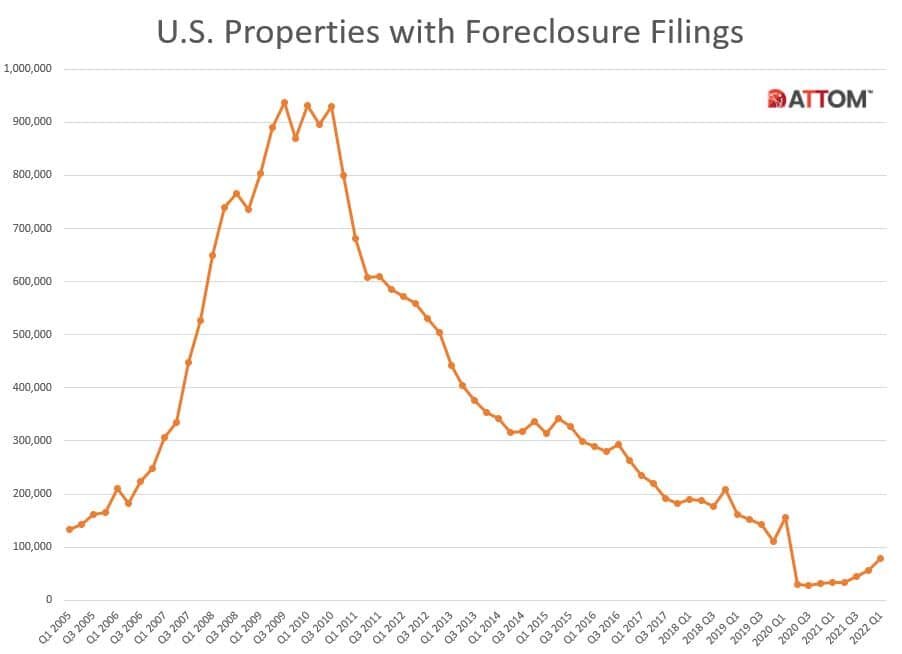 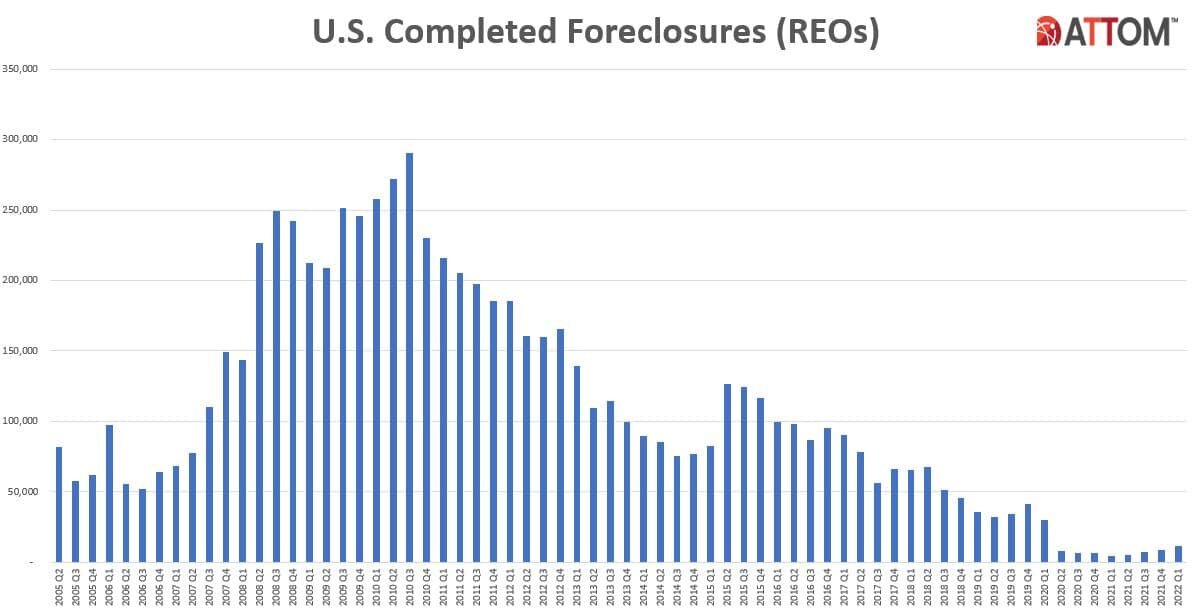 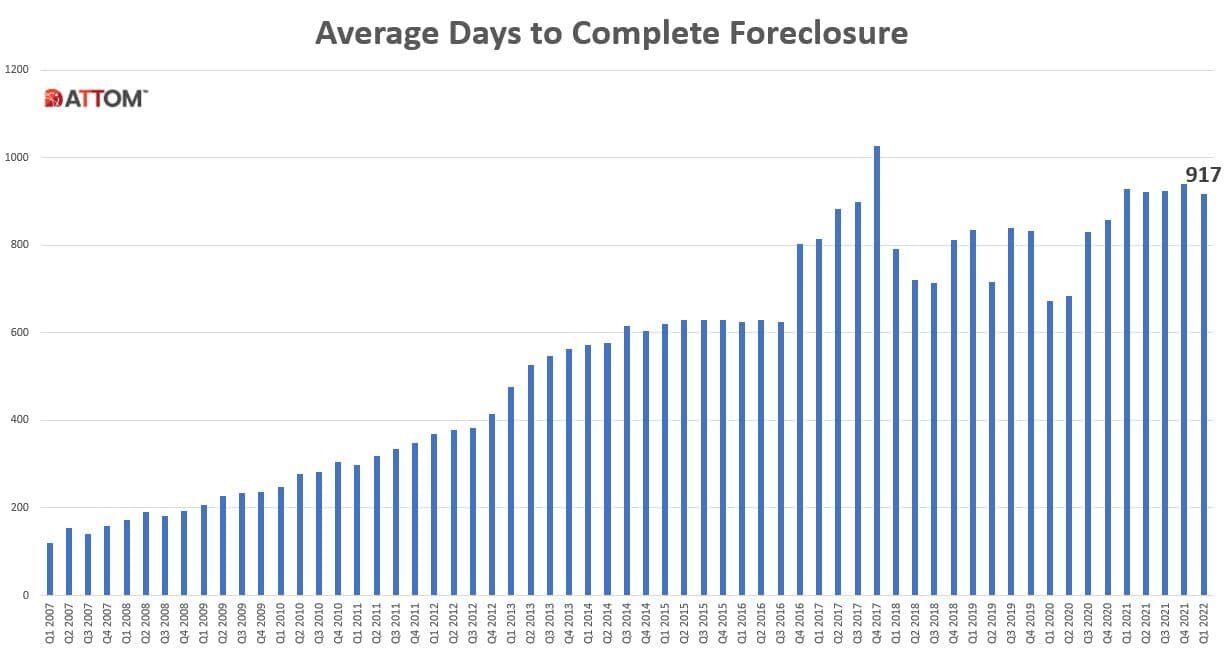