Bucking the national trend with increasing foreclosure activity compared to a year ago, were only 5 of the 220 metro areas analyzed in the report. Those metros included Tyler, Texas (up 88 percent); Brownsville, Texas (up 21 percent); Springfield, Illinois (up 19 percent); Sioux Falls, South Dakota (up 9 percent); and Lake Charles, Louisiana (up 5 percent).

"The government's foreclosure moratorium and mortgage forbearance program have created an unprecedented situation - historically high numbers of seriously delinquent loans and historically low levels of foreclosure activity," said Rick Sharga, executive Vice President of RealtyTrac, an ATTOM company. "With the moratorium scheduled to end on July 31, and half of the remaining borrowers in forbearance scheduled to exit that program over the next six months, we should start to get a more accurate read on the level of financial distress the pandemic has caused for homeowners across the country."

Among 220 metropolitan statistical areas with a population of at least 200,000, those with the highest foreclosure rates in the first half of 2021 were Lake Havasu, Arizona (0.25 percent of housing units with foreclosure filings); Cleveland, Ohio (0.15 percent); Macon, Georgia (0.13 percent); Peoria, Illinois (0.12 percent); and Florence, South Carolina (0.12 percent).

States that saw the greatest decline in foreclosure starts from the same time last year included, Maryland (down 95 percent); Oklahoma (down 87 percent); Pennsylvania (down 81 percent); Idaho (down 78 percent); and New Mexico (down 76 percent).

Lenders foreclosed (REO) on a total of 9,730 U.S. properties in the first six months of 2021, down 74 percent from a year ago to the lowest six-month total since we began tracking in 2005.

"Fewer bank repossessions may be a trend we continue to see even after the government's programs protecting borrowers from foreclosure expire," Sharga noted. "Rising home prices have provided most homeowners with enough equity to sell their homes at a profit, rather than lose them to a foreclosure or repossession."

There were a total of 33,964 U.S. properties with foreclosure filings in Q2 2021, up less than 1 percent from the previous quarter and up 11 percent from a year ago. 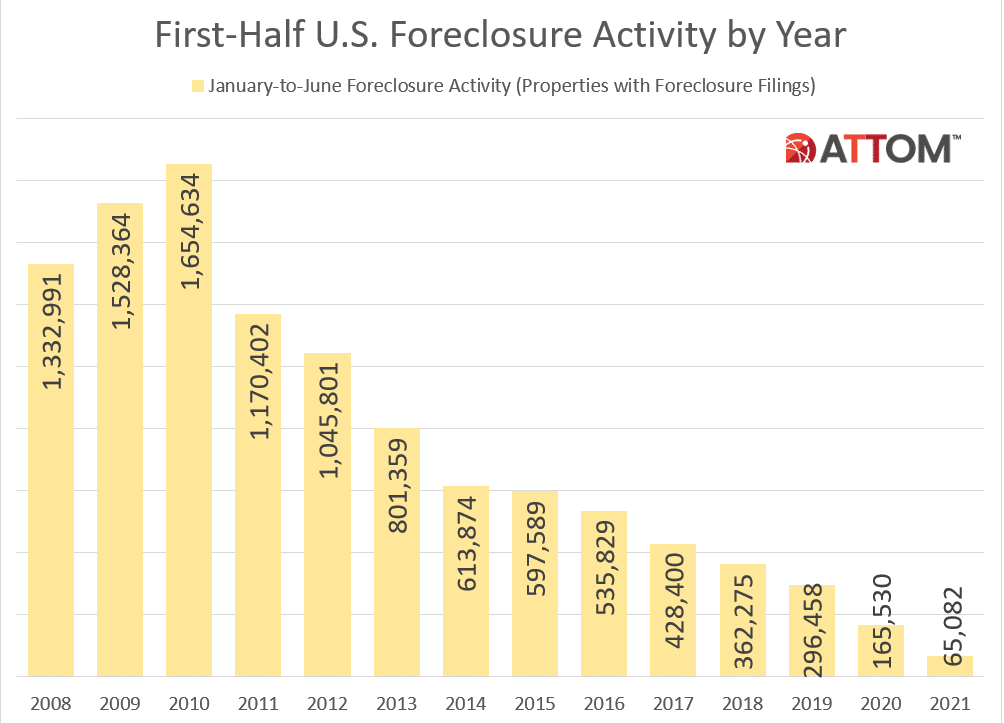 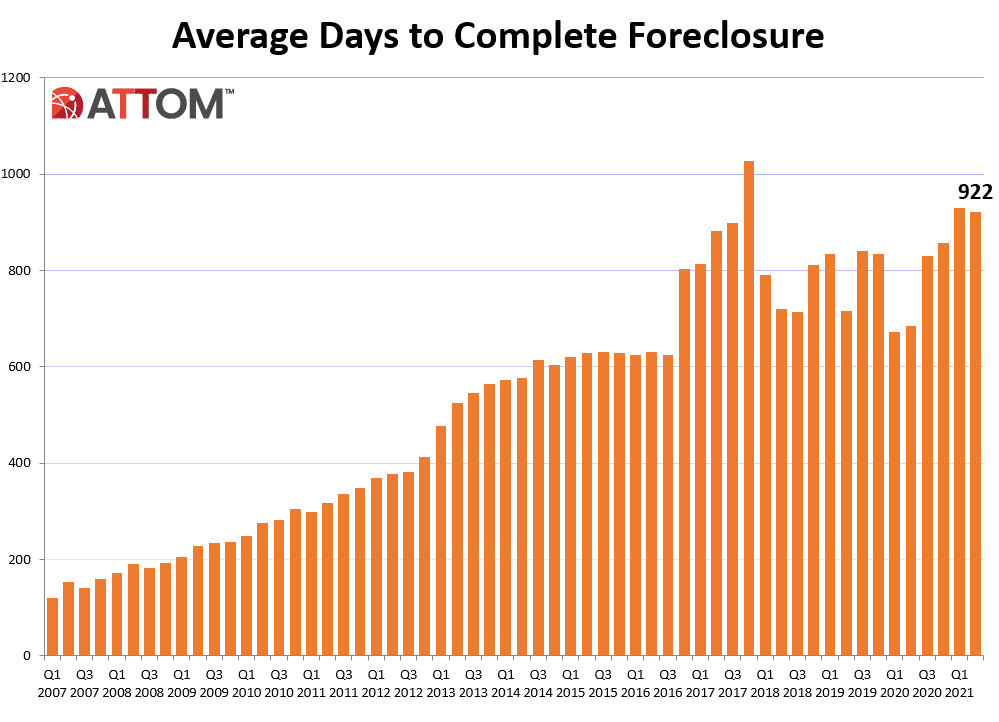