Counter to the national trend, 16 states posted year-over-year decreases in REOs in November, including Utah (down 37 percent); Oregon (down 36 percent); Nevada (down 31 percent); Connecticut (down 27 percent); and South Dakota (down 23 percent).

Also counter to the national trend, 75 out of 220 metro areas analyzed in the report, with a population of 200,000 or more, posted a year-over-year decrease in REOs in November 2019. Of the 53 metro areas with at least 1 million people, those areas with the greatest annual decline in REOs were Salt Lake City, UT (down 58 percent); Seattle, WA (down 40 percent); Las Vegas, NV (down 34 percent); Miami, FL (down 32 percent); and Houston, TX (down 30 percent).

Lenders started the foreclosure process for the first time on 24,966 property owners in November 2019, down 13 percent from the previous month and down 11 percent from a year ago.

Counter to the national trend, 16 states posted year-over-year increases in foreclosure starts, including Indiana (up 77 percent); Utah (up 44 percent); Nebraska (up 44 percent); Delaware (up 41 percent); and Mississippi (up 38 percent). 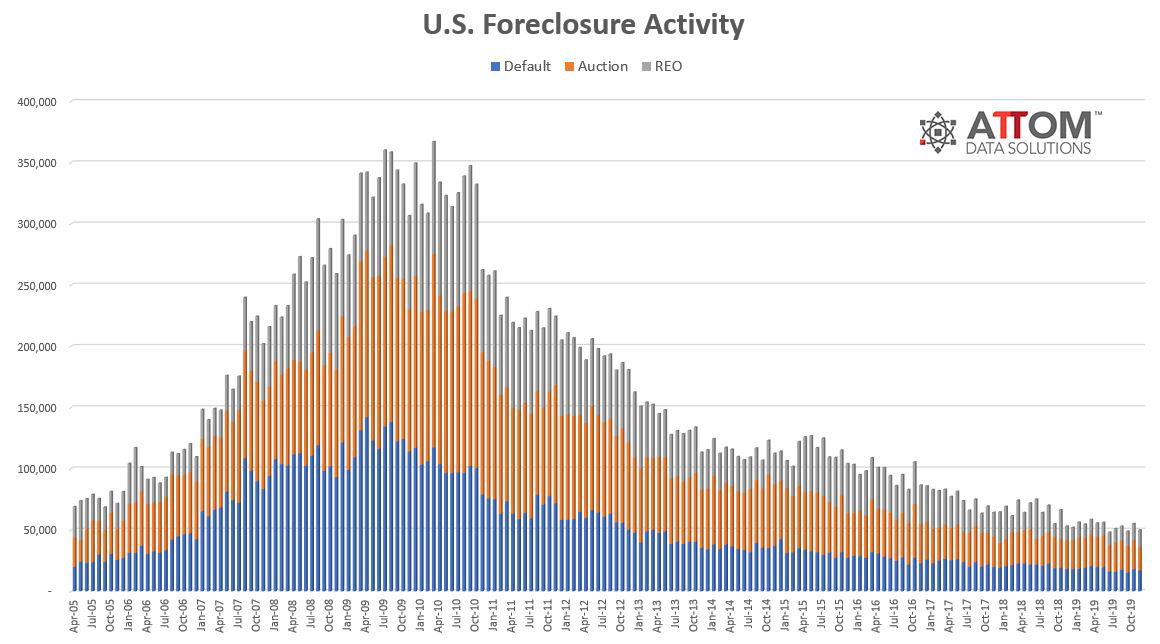